We asked Magdalena Dobrakowska to tell us about graduating from BA (Hons) Creative Advertising in 2010 and her experience in the industry to date, including how she secured her role as Global Account Manager at one of the world's largest advertising agencies - Grey London Advertising.

"My time at Leeds Arts University was invaluable in kick-starting my career in creative advertising. It was the exposure to live briefs and pitches which initially ignited my interest in the strategic and managerial aspect of the industry, opening doors aside from the creative path I’d originally drafted.

After presenting at an agency pitch, I was asked to attend an interview, and was later offered an Account Executive position, at one of the largest advertising agencies in Leeds. Without these initial nine months of agency experience under my belt, I wouldn’t have been considered for the Account Manager’s position at Engine, working as the global lead on Rolls-Royce Motor Cars, where I stayed for almost two years after moving back to London.

Running this account as part of the full-service, lead agency was a huge change to the more balanced working life I’d experienced during my time at Gratterpalm in Leeds. The office atmosphere was always alight with pitches and new briefs, "I found myself leading the re-launch of the Rolls-Roycemotorcars.com website, as well as heading up the social aspect of a global campaign following the travels of the 102EX, an electric Rolls-Royce car, sent to gauge global opinion on the matter of luxury greener travel. An amazing introduction into the buzzing centre of not only the London industry, but the global market.

I’ve now been in the account management side of the industry for three years and I’m currently at one of the world’s largest advertising agencies - Grey, directing the global advertising campaigns on our flagship P&G fragrance account Hugo Boss. Collectively, the campaigns I’ve managed since graduating have won both five gold and two silver awards at relevant industry events, as well as being reviewed by international critics and featuring in Campaign Magazine. A campaign I worked on soon after joining Engine, alongside celebrity photographer Rankin, attracted huge PR interest Marketing Week, the Guardian media and Luxury Daily to name but a few. The campaign is still live on the website here [see image above].

I’m currently working on Christmas campaigns, as well as contributing to the strategy of brand new upcoming product launches. My work within the industry has exposed me to a range of experiences; from 5am shoot starts on private airfields, arranging the hire of some of Berlin’s most exclusive clubs for a locked-down 3 day shoot, to central London office castings where models were asked to strip down and dance (come to your own assumptions here!) in their underwear, in the middle of our office meeting rooms.

The job throws up a range of opportunities on a daily basis so, as much of a cliché as it is to say this, no two days are ever the same. I love the travel opportunities the role throws up- so I’ll continue to push for campaign shoots to be set in the Bahamas. Everyone knows the best creative work comes from warmer climates…" 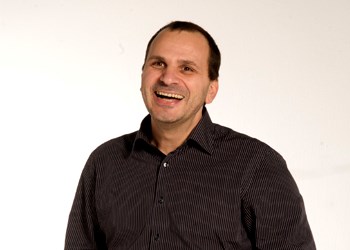