Artist and Illustrator William Kerr studied the Foundation Diploma at the University in 1971-1972.

At the time the University was called Jacob Kramer and after leaving William worked in Graphic Design and Television before becoming a full time artist in 1996. We found out more about his varied career after completing the Foundation Diploma.

Can you tell me about why you decided to study at Leeds Arts University (then Jacob Kramer University), and what your career aspirations were at the time?

My art teacher advised me and his son (who was a friend) to apply to Jacob Kramer as it was 'the best art school in Europe'. My main interest was graphic design and I was hoping to find work in that field. 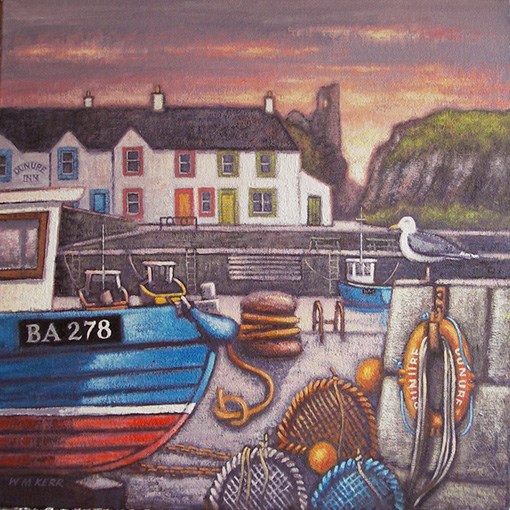 Do you have any memories of tutors who worked here in the 1970s?

Patrick Oliver - an artist. He wore the same green suit all year and had long hair which he never appeared to wash. He also picked up cigarette ends off the studio floor which he put in his top pocket, retrieving them later to light and smoke while giving talks!

Andrew Tilberis - commuted from London in a Porsche 911. His wife, Elizabeth, was Editor in Chief of Vogue magazine for many years.

Dave Parry - a total eccentric who lived out in Bronte country and who taught us welding. He and Patrick Oliver were friends and once drove to Scarborough in a transit van containing all his welding and cutting gear. The story was that it was a lovely sunny day and they cut the roof off the van, turned it upside down and used it as a boat!

What did you do straight after leaving University?

I went to Manchester Polytechnic to do a DipAD in graphic design but didn't complete the course. I then joined the Civil Service to enable me to get a mortgage to buy a house! 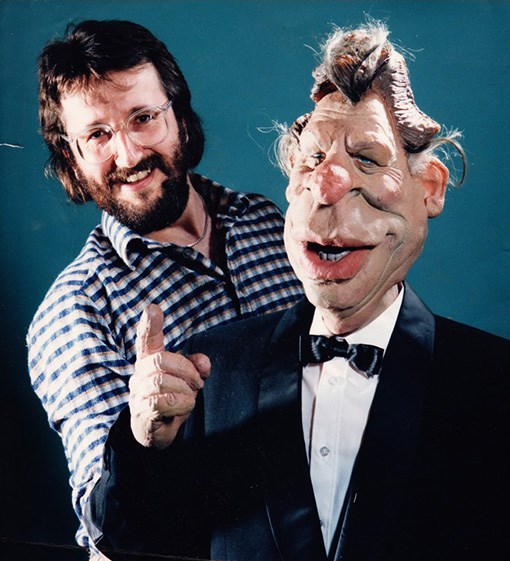 How did your work with Central Television come about, and what kind of work were you involved in?

A friend worked at Border Television and I was a freelance graphic designer there for a short while and then I had a permanent job with Central Television for several years. I worked on various programmes at Central including The Price Is Right and three series of Spitting Image.

How has your practice evolved over the years, and what kind of work most interests you today?

I left television in 1988 when all the new satellite stations started...it just wasn't the same with all the competition and cheap programmes being made. I returned to Scotland and had a graphic design consultancy for several years with 18 employees at one point. I packed it all up in 1996 when computers started taking over. I had always drawn and painted since my school days and started working full time as an artist in 1996. It's been difficult at times but the best thing I ever did. I have also written and illustrated a book 'Essential Drawing Skills'. More information is on the website: www.learntodraw.org.uk

What advice would you give to students on the Foundation Course today?

Gosh, this is quite a difficult question. I guess it would be to follow your heart as I feel you are more likely to succeed if you are doing what you love. Also, never give up...there will be difficult times but keep going as they'll pass. Oh, and be reliable and don't let people down.

You can visit William’s website here and you can also see one of his paintings on the BBC website.