Jasper McIver and Zeb Devey Waterhouse studied BA (Hons) Creative Advertising graduating in 2017. They are currently Creatives at Wunderman Thompson in London. Their work includes Nespresso - Reviving Origins and HSBC ‘We are not an island’, a nationwide outdoor campaign highlighting the UK's collaborative relationship with the world, the campaign won at the Creative Circle Awards and Caples Awards and was included in Campaign’s top 8 press ads of 2019.

Here is what they had to say:

Our time at Leeds Arts University was 3 years of being surrounded by an array of talented and creative people, each challenging themselves in a diverse range of disciplines and furthering their skills in each one.

In particular the Creative Advertising course has a broad outlook on teaching creativity and puts an onus on the individual to apply it as best they can. This prepared us for the working world, as in our job now we’re encouraged to only think of what could be possible, instead of being confined by what isn’t.

What did you do after leaving University?

After university we set about earning as much experience as we could. We were put on the right path by the final few modules of the course, which focused on building industry contacts whilst improving our portfolio of work along the way.

Once we had shown our portfolio to half of London and finally managed to convince someone to give us our first work placement, momentum carried us through until we landed a permanent job several months later. 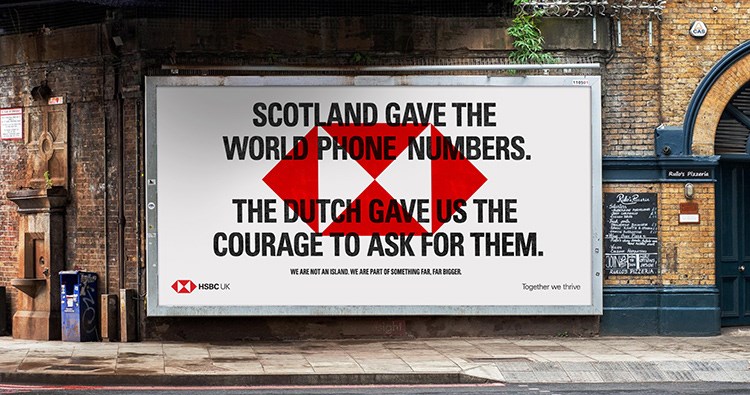 Could you give us a description of a typical day?

One of the biggest advantages of getting into advertising is that no two days are ever the same. From churning out ideas in the early stages of a brief to seeing them come to life on a shoot, each step of the process throws up different challenges that require a variety of skills and creativity to solve. The one constant however is the agency environment, which are often relaxed and fun places to be, filled with like-minded and interesting people.

Do you have any tips?

The best bit of advice that we received when starting out is to not be afraid to do things differently. A unique point of view is one of the most valuable things in an industry that is so congested, so it’s important to value and embrace your uniqueness (sorry it’s a bit cringey).

Also, be nice to everyone because everyone in the industry knows each other.

Finally, are there any future ambitions or projects in the pipeline you can tell us about?

The global nature of advertising opens a world of options, so after cutting our teeth in London we certainly have an ambition to experience the industry in whatever countries will take us. But we’re a way off from that at the moment.