Illustrator Hollie Fuller graduated from BA (Hons) Illustration in 2019. Her playful approach to image making is inspired by people and things, often influenced by the mundanities of real life. Hollie’s clients include The New York Times, The Hepworth Wakefield, Ace & Tate and The Tetley.

Here’s what Hollie had to say:

Did you always want to be an illustrator?

I’m not sure actually. I think I always knew that I wanted to do something creative, but it wasn’t until my foundation year that I decided illustration was something that I could really see myself doing. Before then I was interested in fine art and photography, trying to decide between the two. Illustration makes sense really, drawing is the only thing I’m not terrible at! 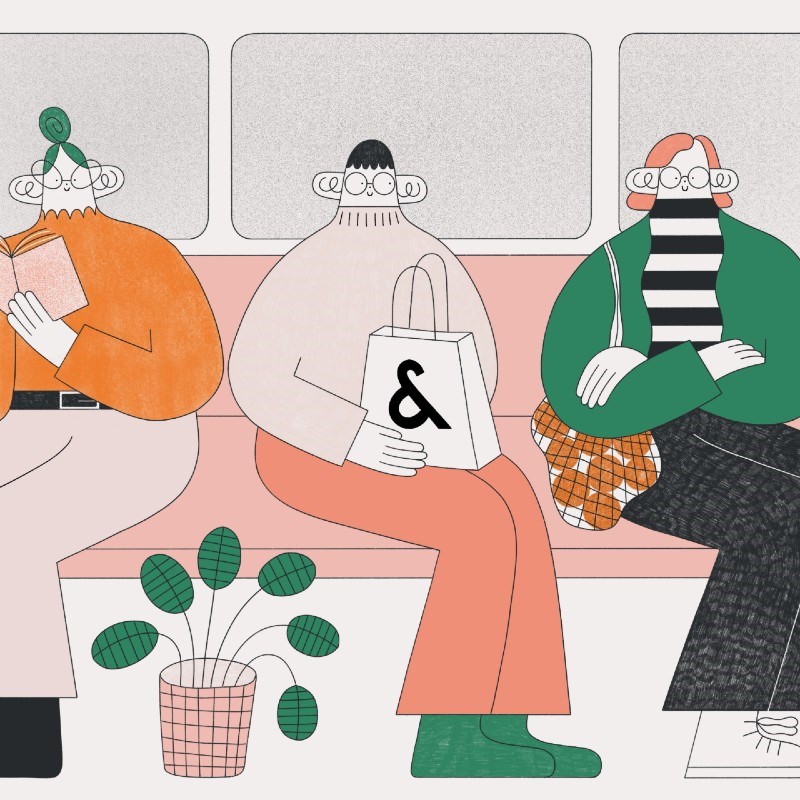 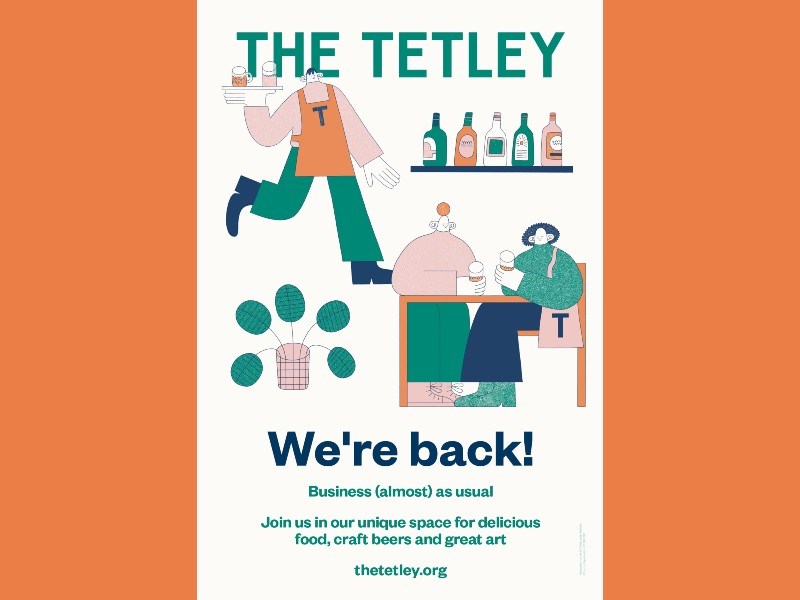 Image: Hollie’s illustration featuring in a poster for The Tetley © Hollie Fuller 2020. 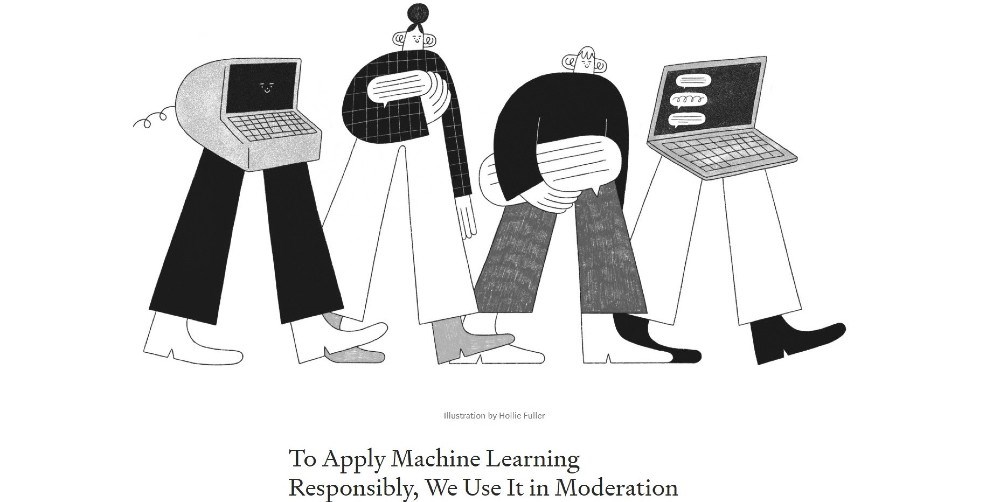 I find a lot of inspiration in the everyday. Boring things, like people waiting for a bus. I think it’s nice to take something that is quite mundane and turn it into something that’s a bit silly.

I love to draw people so I’m always people watching. At the moment I’ve been enjoying playing with the proportions and perspectives of the characters that I draw. Big ears, big hands and feet, chunky bodies and little heads. Sometimes they have big old heads and little bodies. I think it’s important for me to remain playful, otherwise I get bored.

What did you enjoy most about your time at Leeds Arts University?

In my second year I did a long project about the neurologist Oliver Sacks and I think that’s where I really found my feet in terms of characters and the way I like to draw things. The outcomes of that project needed to be screen printed so I think I learnt the importance of simplicity, and that I didn’t need to overwork an image for it to be successful. I became good friends with the print room during that project and that’s something I really miss now I’ve graduated. Every time I hear Classic FM I get a little bit sad as it reminds me of the print room!

Can you tell us about your experience after graduating?

My first commission came before I graduated from The Hepworth Wakefield. I think they saw my work at our degree show and got in touch about working on a project together. That was a turning point because that was the moment when I thought “oh maybe I could actually draw stuff for a living” and it’s still one of my favourite projects to look back on.

I moved back home to Lincolnshire after graduating, where I’ve been freelancing alongside my part time job. It has definitely had its ups and downs but spending this time back home has given me a lot of perspective and made me realise what I’d like to do going forwards.

My recent project with The Tetley was such a joy to work on. I did the illustration for a poster welcoming people back to their gallery and kitchen, and they’re up all around Leeds. That was my first time seeing my work out in public which was nice and a bit weird.

I think I’ve been really lucky in that I’ve had the chance to work on a few really nice projects with proper dream clients, like Ace & Tate and The New York Times. 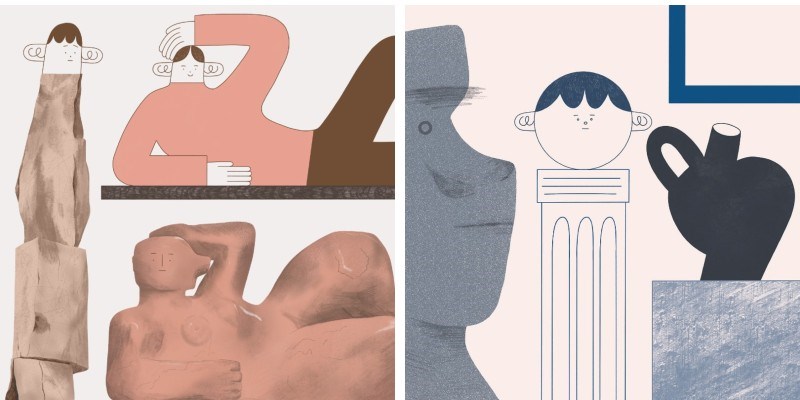 Do you have any tips or advice for current students or recent graduates wanting to work in your field?

Just make the work you want to make and have a nice time making it. Avoid looking at what other people are doing and definitely try your hardest not to compare. It’s also good to remember that what you see on social media isn’t a reflection of anyone’s success.