Emerson Pullman is a figurative painter who creates contemporary portraits exploring the boundary between realism and abstraction. He graduated from BA (Hons) Fine Art in 2020 during the coronavirus pandemic and completed his final project at home.

Now, back at his family home in North Wales, Emerson is reflective of the period shortly before the lockdown was announced: “I was working on a series of expressive large scale portraits of close friends. I had started making these at the beginning of the academic year, painting portraits at such an oversized scale was something I had always wanted to experiment with,” he says.

Eight months on Emerson talks to us about the experience of finishing his degree in lockdown, adapting to digital contact and the effect that this had on his practice. Here’s what Emerson had to say: 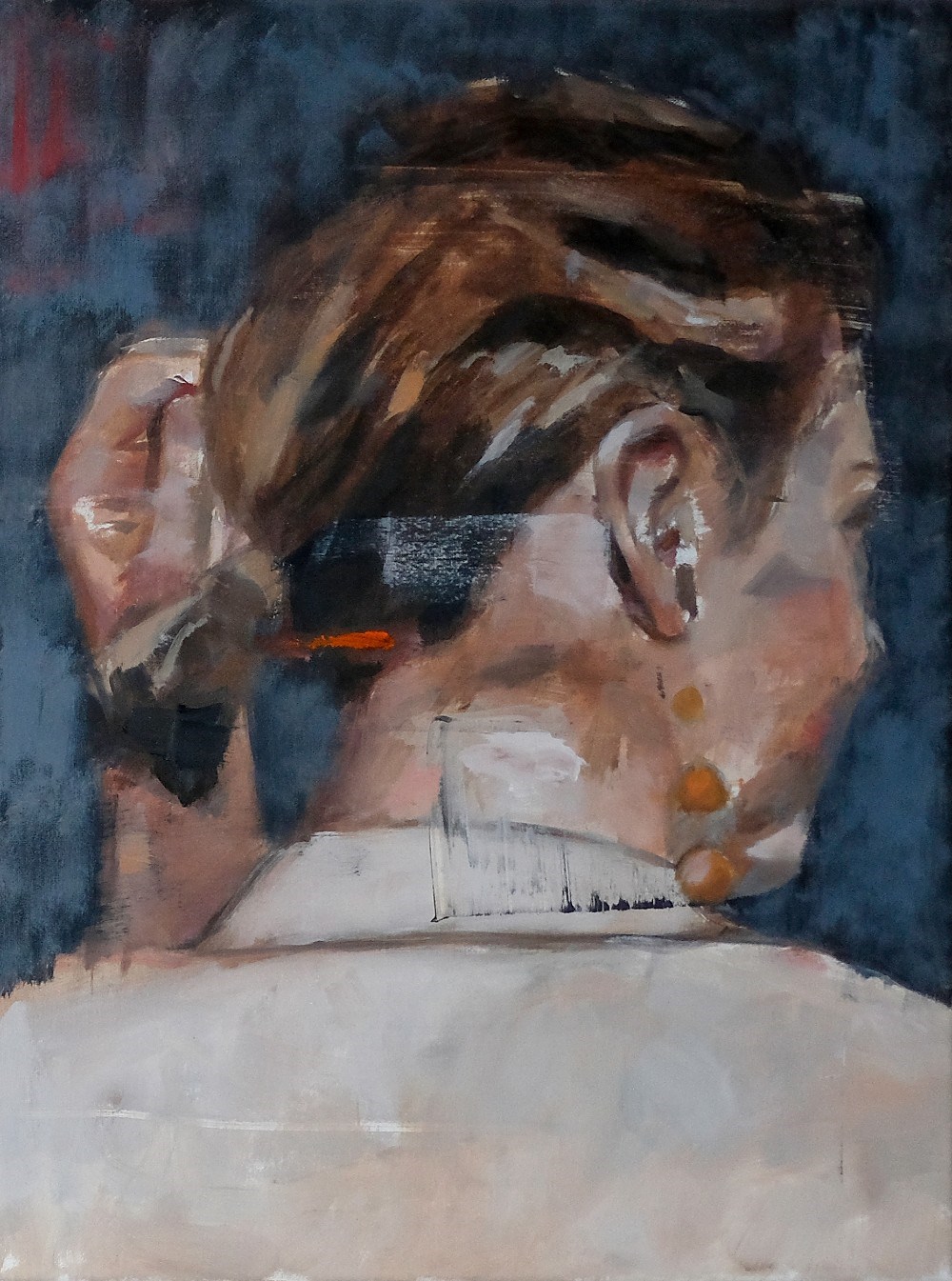 "I think things happened so quickly when the lockdown was announced that I almost didn’t have time to think about the change. The deadline was approaching fast, even with the slight extension to the hand-in, so it was a more a question of how to set up a space in which I could be productive and make paintings. Initially it was difficult because you’ve been moved away from your routine, friends and life to a certain extent and, once home, being only allowed to leave your house once a day for exercise. I think the uncertainty of the situation inevitably had in impact on the work I was making." 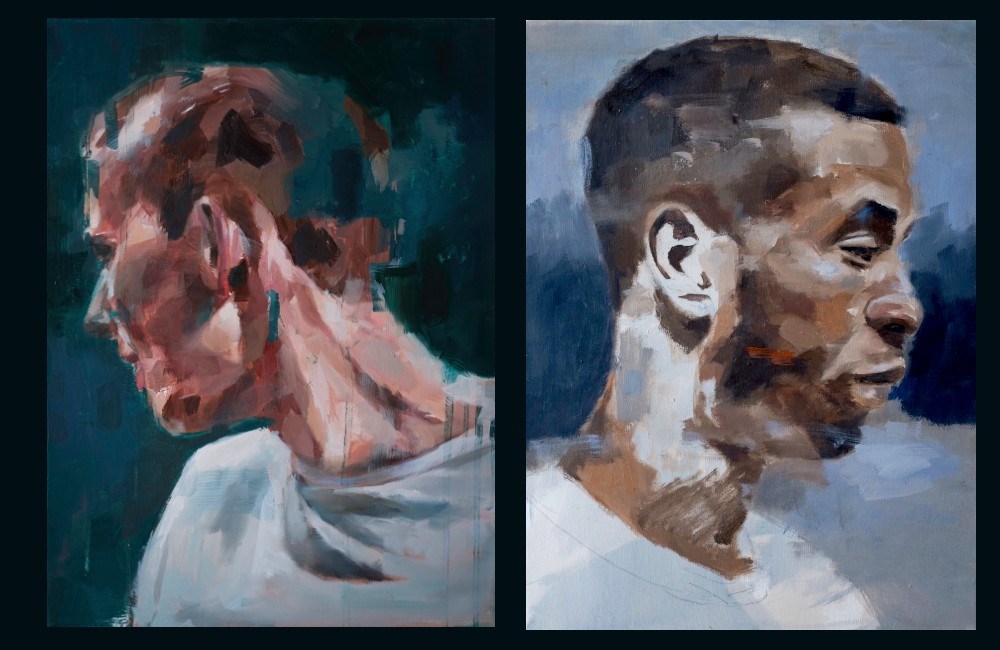 How did you adjust to working in the pandemic?

"After talks of the studios closing, I made the decision to return to my family home in a small village in North Wales, this allowed me to set up a studio in the spare bedroom. It was also possible, with some creative photography, to set up a small ‘degree show’ by clearing it out and hanging the paintings. I think I got slightly more comfortable with the space I was working in and things ran more smoothly as the days went on. I often find the space and environment I’m working in has a real influence on the work. I also had to worry less about getting paint on the carpet in the studio in Leeds. 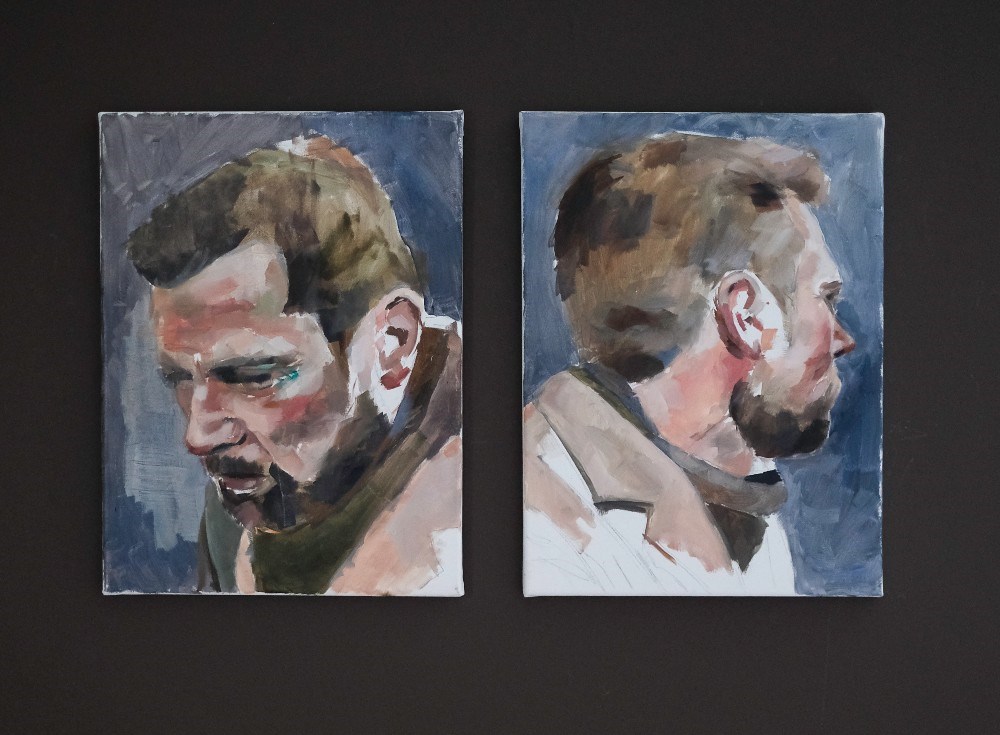 One of the biggest things of the University facilities I missed was the wood workshop, there you could get stretcher bars made up and work on almost any scale imaginable. Being at home meant scaling down to accommodate the environment I was working in. Alongside that, one of the most important things in the studio was having the support, encouragement, competition and dialogue with fellow students, that was a great environment to work in."

How did your practice evolve as a result of the lockdown?

"Just before I left I made a small portrait of my friend turned away from the viewer. I didn’t know it at the time but this would lead to a new body of work exploring ideas of isolation, memory and introspection. Over the last couple of years I have carried my camera with me most days, so I had thousands of images of family and friends to work from. In this new way of communicating, through pixelated webcams, we are left with flashes of memory of the physical presence of the person - I have incorporated that into my work, the figures are painted across a spectrum of detail, like memories, some clearer than others.

There was also a change in the relationship between the figures in the paintings and the viewer. Once engaging and acknowledging the viewer, these portraits depicted subjects either turned away, or averting the viewers gaze.  I think, through the paintings, I wasn’t focusing on the characters personality and traits, rather hinting at something universal and just out of reach."