Edna Lumb, studied at Leed College of Art (now Leeds Arts University) from 1948-1953.  Her work stands as one of the most successful observations of British urban and industrial life with engines, pylons, quarries, cooling towers, and wheels (gear wheels, rail wheels, flywheels, water-wheels) her perpetual subjects. 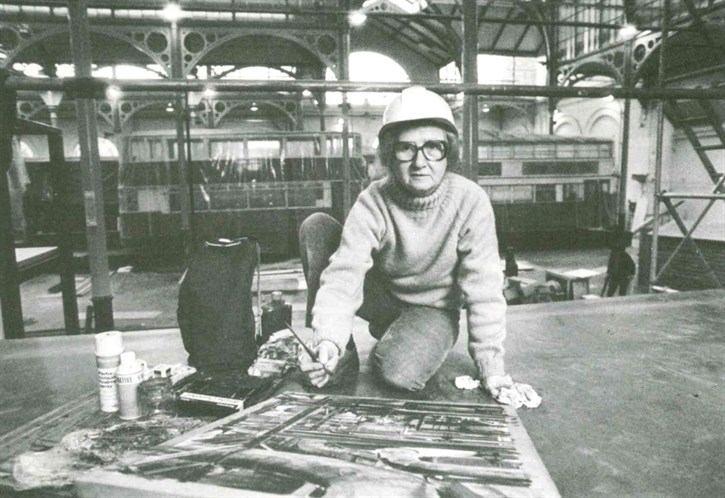 Born in Leeds in 1931 as the youngest of six children, she attended Leeds College of Art, from 1948 and was awarded a travel scholarship of £50 in 1951. The scholarship took her on an expedition to France and Spain. The experience was to have a lasting influence on the young artist.

Edna gained her National Diploma in Design (NDD) and spent eleven years teaching art in secondary schools, finally making a break as a full-time artist in 1964, buying a van and traveling around Britain and the Continent. 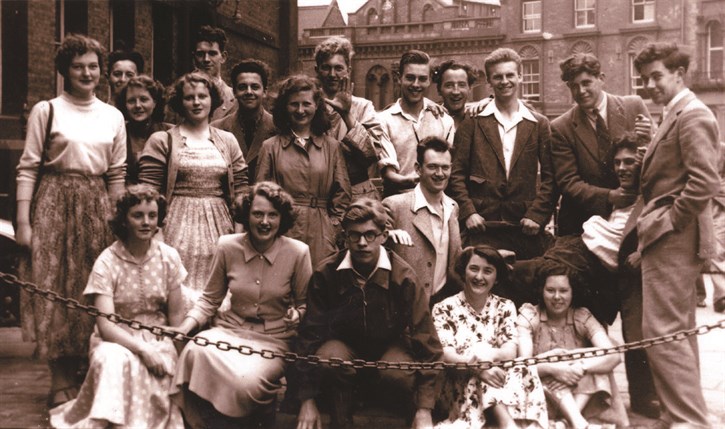 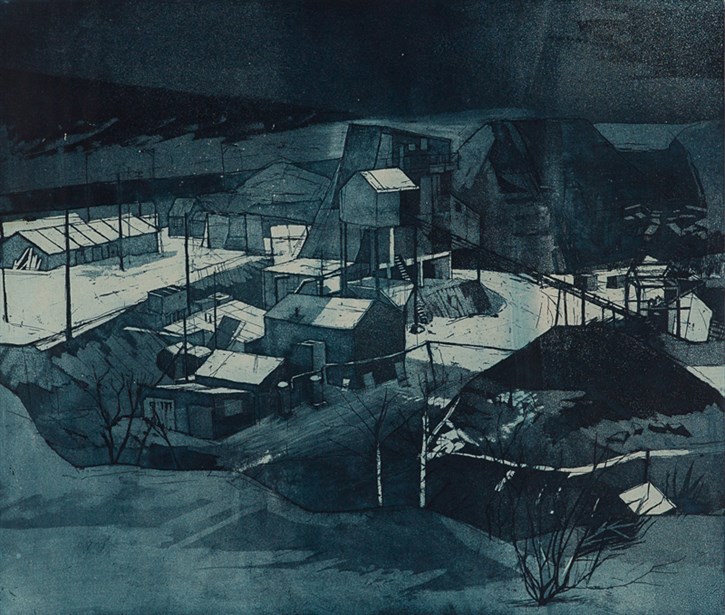 ‘Industrial landscape has fascinated me since my childhood in Leeds.  Quarries, slag heaps and pit-heads brought a sparkle to my eye in my dreary school-teaching years in the 1950s’

In 1991 a retrospective exhibition of her work was held at Bradford Industrial Museum, the venue of her first ever solo exhibition in 1973, the exhibition then toured to the Science Museum in London.  Edna died in April 1992 aged just 60 leaving funding in place for an annual Edna Lumb Travel Prize.

Her paintings are held in many public and private collections including the London Transport Museum, the Science Museum, London, Manchester City Art Galleries and Bradford Museums and galleries.