To label Deborah Bowness an 'artist' or a 'designer' undermines the core values of her work. In reality, she is both.

Deborah grew up in a village on the outskirts of York. She graduated from Leeds Arts University in 1997 from BA (Hons) Printed Textiles & Surface Pattern Design. She then went on to graduate from the Royal University of Art in 1999 with an MA in Constructed Textiles.

Deborah’s work challenges preconceived notions of wallpaper and wallpapering. Wishing to make her art functional, she introduced a very different perspective on wallpaper from the claustrophobic repeat patterns and co-ordinating borders of the 1990s. 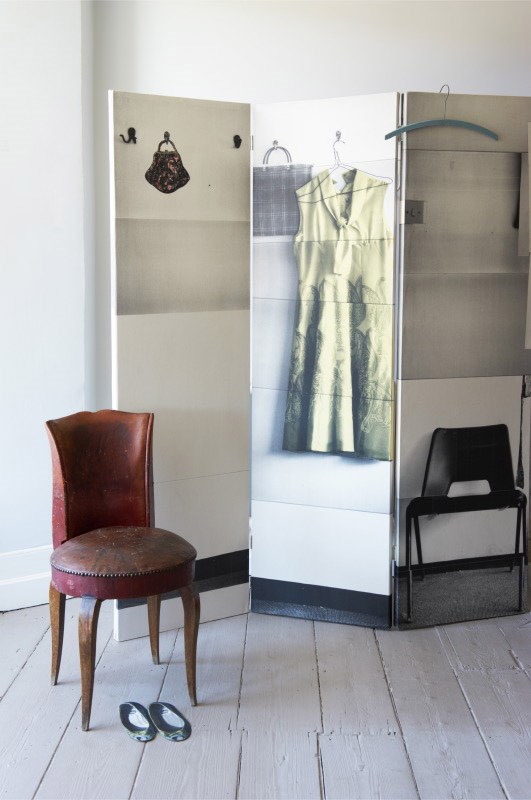 Her first body of work called 'Hooks & Frocks' took photographs of hanging dresses, put them in to montage and then after digitally printing them life-sized on wallpaper the monochrome images were brought to life by adding silkscreened colour and hand painted detail. A homage to Trompe l'oeil and a deliberate shun of the repeat pattern. Deborah never intended her work to dominate a room. Rather it was to sit quietly, playfully interacting with the objects and furniture around it.

Wallpaper by Deborah Bowness has made its own place in history. Respectfully acknowledging Deborah for her innovation and unique design style, the V&A, The Whitworth Art Gallery ,the Cooper Hewitt National Design Museum and the Musee des Arts Decoratifs include her work in their print collections. Deborah's contribution to the industry has been noted in a number of publications including; 'The Papered Wall' by Lesley Hoskins, 'Wallpaper History Review' by Christine Woods and 'Walls are Talking' by Gill Saunders. 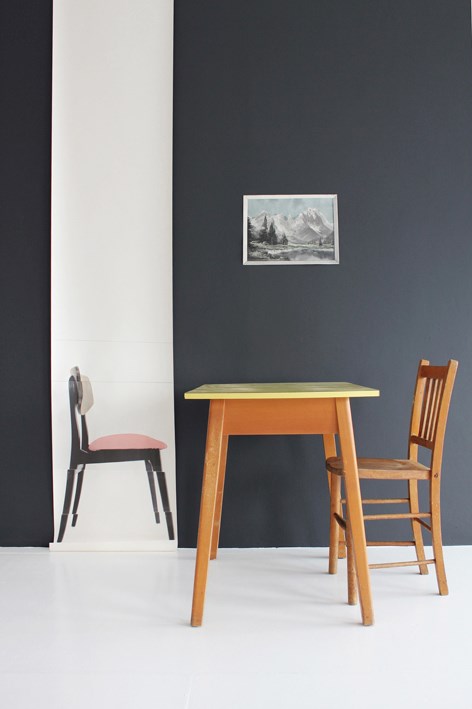 Over the years, Deborah has been commissioned to design wallpapers for a wide variety of clients including Polydor, Lacroix, Reebok, Paul Smith and Selfridges. Deborah works in a studio over-looking the sea, in St Leonards on the south coast of England. All of her wallpapers are made in a small factory near York and dispatched to destinations across the world.