Recent BA (Hons) Visual Communication graduate Hattie Barnes will screen a documentary about her work next Monday in Headingley. The documentary chronicles the pilot event of her project, 'Cuppa Tea and a Natter', which she submitted at the end of her degree course.

Cuppa & A Natter: A Conversation Toolkit and its pilot event is designed with the intention of bridging the gap between students and the older population of Hyde Park and Headingley, Leeds. 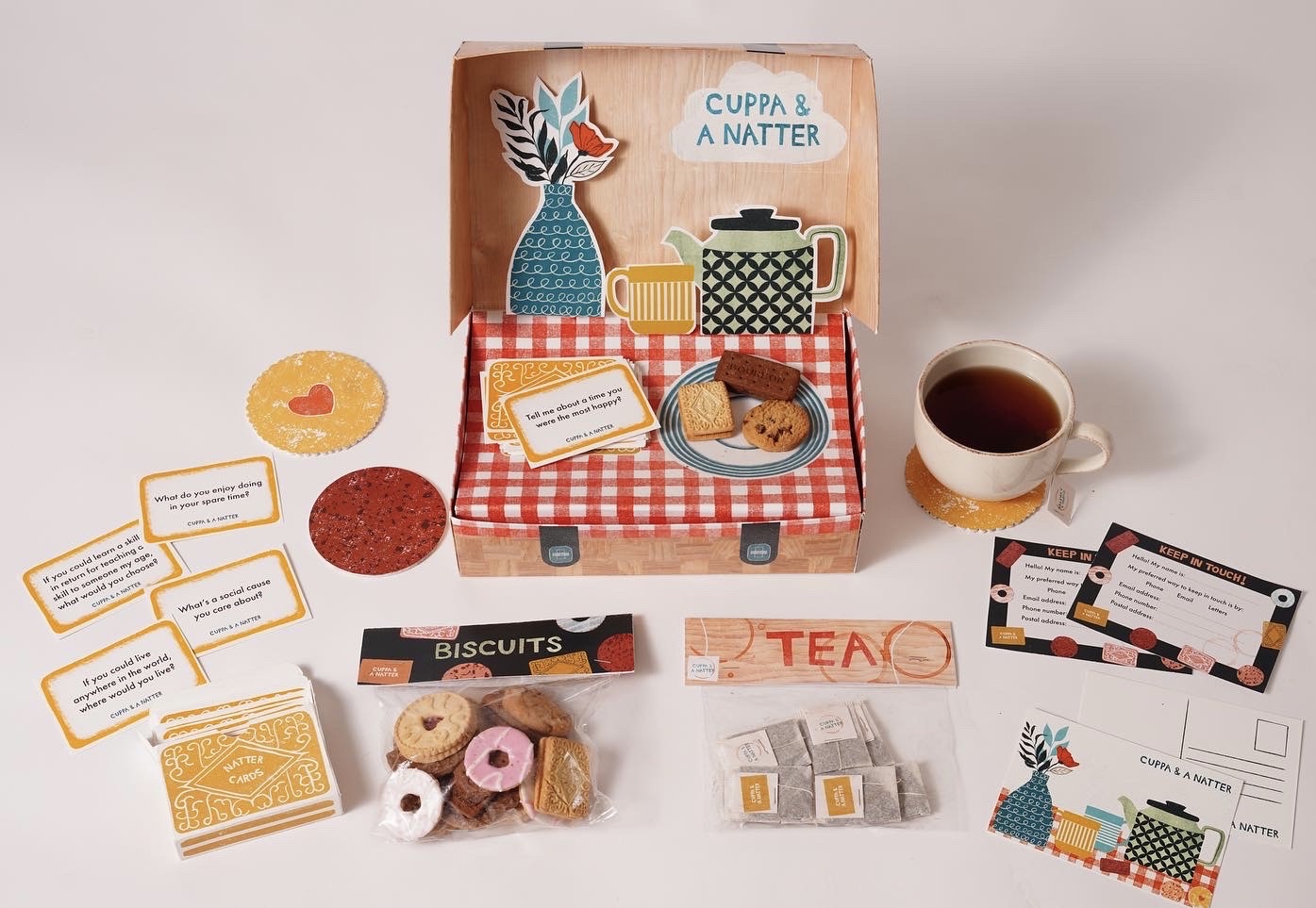 Hattie will screen her documentary at OWLS; a charity who work to reduce loneliness and social isolation for seniors living in Burley, Hyde Park, Little Woodhouse, Headingley and Kirkstall; as well as doing a talk about the project afterwards. She will also exhibit design work from the project at OWLS headquarters, followed by an on-site afternoon tea using the conversation toolkit. The documentary will also premiere online on YouTube.

Speaking about what inspired the project, Hattie reflects on her time living in Headingley as a student. She says: "In recent years Hyde Park and Headingley have been ‘studentified’, referring to the domination of residential neighbourhoods by student households, and the associated social, cultural, and environmental changes." 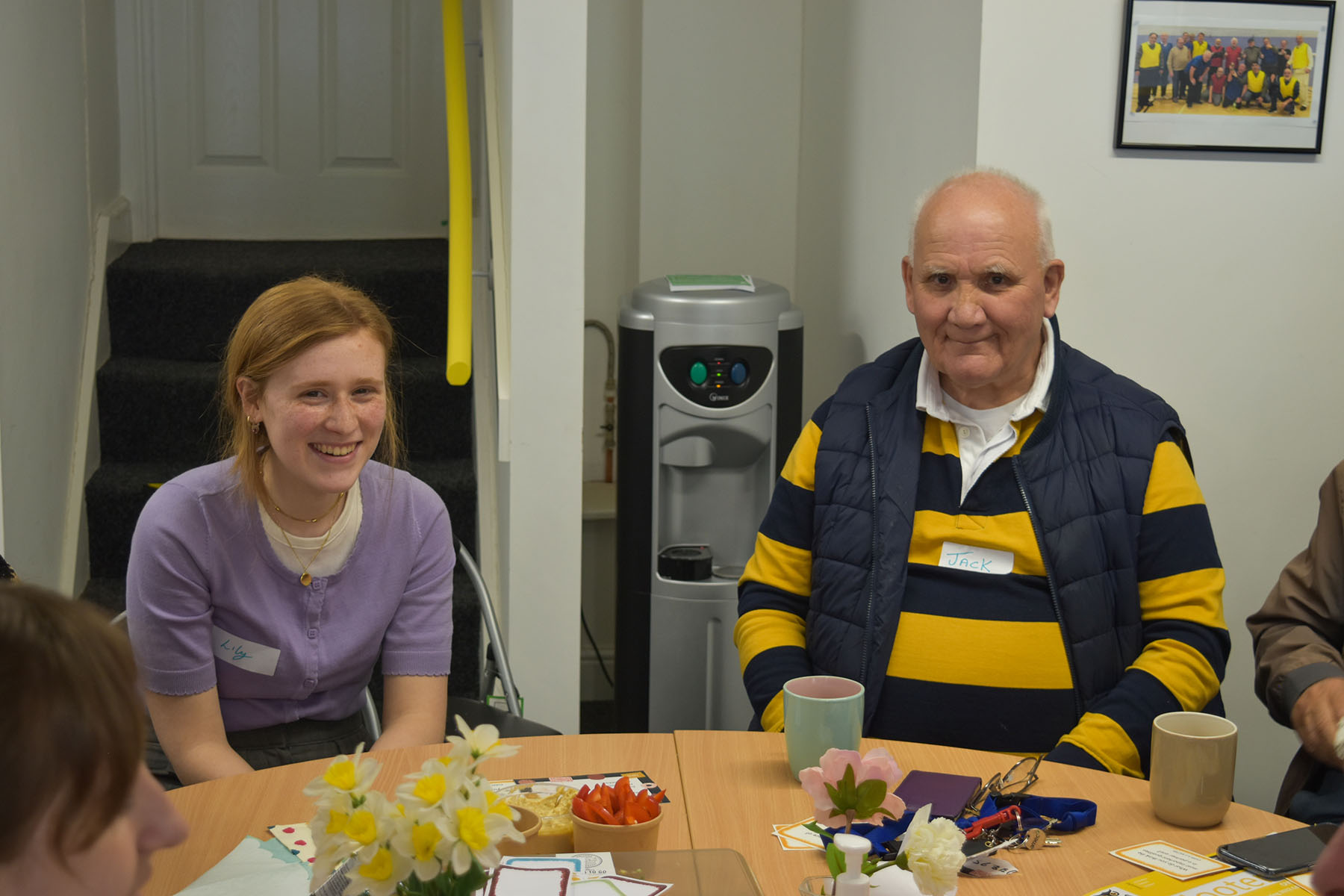 The project then grew from a large body of research in which Hattie gathered about the changing demographics of the local community. Hattie explains: "The elderly population, many of whom have lived in Hyde Park for most of their lives, are arguably the generation most affected by the studentification of their local area. With this local problem, as well as an ever-growing national generational divide, the chances of the two demographics integrating without intentional intervention are slim."

Inspired, Hattie set to design a solution that ‘built bridges between students and older people on a local scale.’ 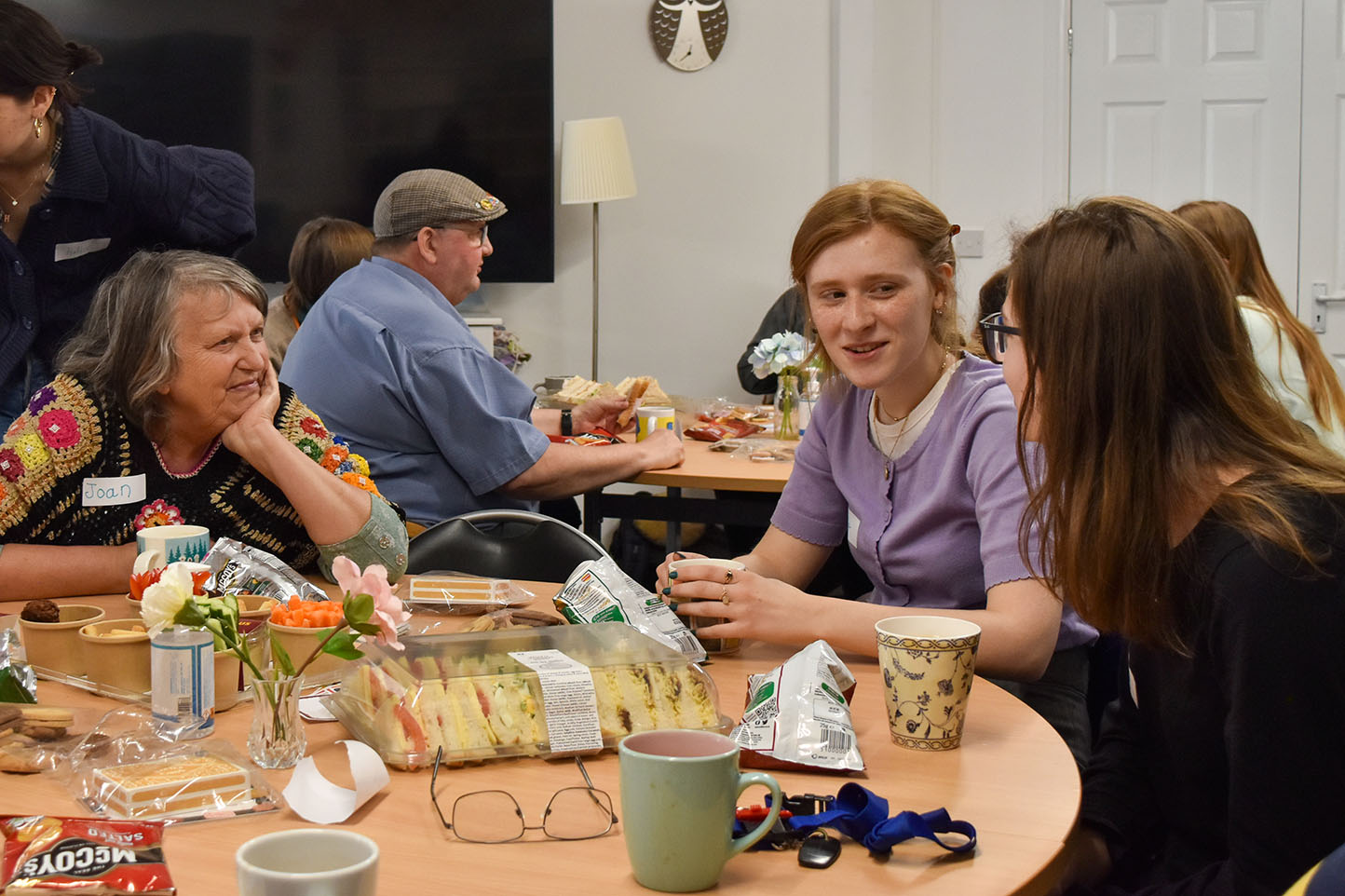 Seeking to put her concept and toolkit into action, Hattie contacted local older people’s charity, OWLS, Headingley, who were receptive to the idea. The first pilot event at OWLS was a success. She says of the event: "Students and older residents of Leeds enjoyed the opportunity to meet and chat, using the contents of the Conversation Toolkit."

The toolkit is interactive and designed to get people of all ages talking. Hattie explains: "The Conversation Toolkit (…) includes everything needed to facilitate interaction and thus integration within the wider community. The conversation starter ‘Natter Cards’ are designed to draw out commonalities between the users, inciting empathy and a deeper understanding of each other."

Julia Tomaszewska also helped with the filming of the documentary. 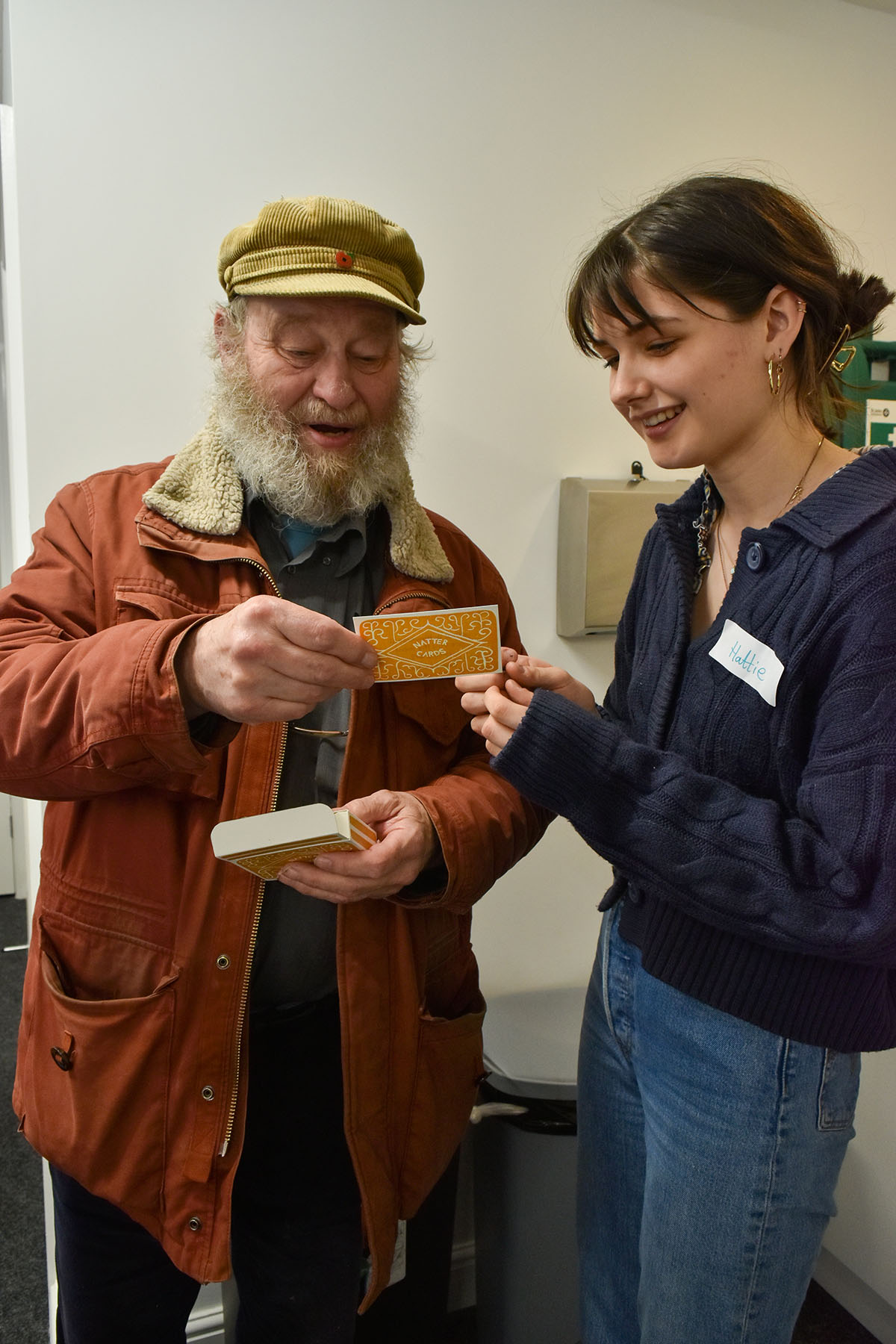 The documentary will be premiering on Youtube at the same time as it is screened at OWLS. You can watch it when it goes live here. 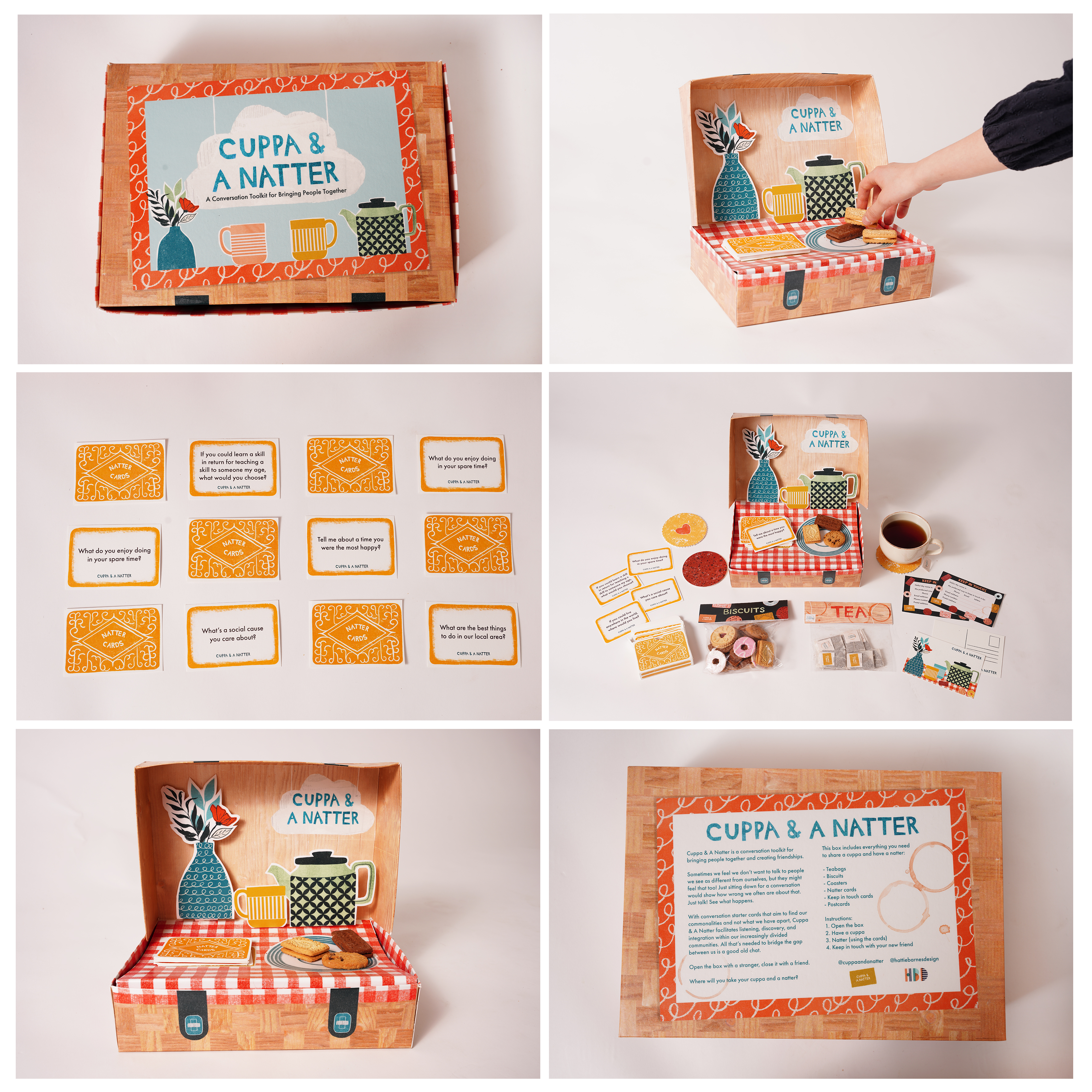