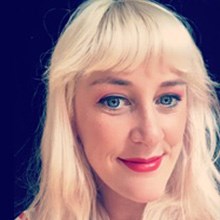 She has been published nationally in various photographic journals including the British Journal of Photography plus a number of international fashion magazines including; Wonderland, Hunger, Volt Magazine, Indie Magazine Bullett Magazine, C-Heads, Polyesterzine, Hope St Magazine, WRPD, Boys By Girls and Ballad Of … Magazine.

She graduated with a First Class Honours Degree in Photography and attained Associateship of the British Institute of Professional Photographers in 2010. She has since attained a distinction in her PGCE/PCET and will be commencing an MA shortly.