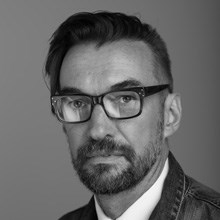 Patrick is Course Leader for the BA (Hons) Illustration degree course. An interdisciplinary creative Patrick began his career working in the music business with artists including Muse, Pulp, Blur, Beyoncé, Suede, Pet Shop Boys and the Chemical Brothers. He designed costumes for stage and screen, designed and illustrated CD covers, marketing materials and merchandise and directed and art directed promotional videos for many of them. He even found his way into one or two!

Ambitious to exploit his diverse transferable skill-set Patrick similarly took on many clients from the world of comedy at this time– including Eddie Izzard, Matt Lucas & David Walliams, Ed Byrne, Stewart Lee and Russell Brand – as it became “the new rock’n’roll” and claims to have provided them with some of their best material.

Patrick extended his practice and client list working with world class brands including Orange, Sony, Jaguar, Smirnoff, L’Oreal and Stella Artois for international print, film and television advertising campaigns which were shot all over the world.

A practising artist, Patrick has a degree in Fine Art and regularly exhibits in group and solo shows. He has won several open competitions and was selected to show at the BP Portrait Award at the National Gallery. Patrick founded and has curated Arts Council England funded Lightworks, an annual international new media and film festival in Lincolnshire, for five years.

The move into a more structured lifestyle in academia led Patrick to write and lead two undergraduate degree courses in Design and Creative and Interactive Design - both were recognised with awards for excellence in teaching. Patrick moved to Leeds in 2015 and the course leadership of the BA (hons) Illustration course, which he has recently restructured to become a streamlined, professionally focused creative adventure.