The competition invites entries from current design students ‘to produce a beautiful, original, and commercial fabric print’. Third year student Eleanor Smith won the competition with her design she says was ‘inspired by a love of fresh, contemporary colours’ and featured ‘playful patterns from hand rendered marks’. Eleanor will see her design put into production as a sofa.com exclusive designer material, upholstered on sofa.com products and professionally photographed. She will also receive a cash prize of £3000.

The People’s Choice award with a £1000 prize was won by Lucy Isle’s design ‘Botanical Hue’, which was influenced by the exotic flowers on display at Kew Gardens. Lucy says ‘The vivid colours and tones have merged to form an abstract expression of the experience, demonstrated using watercolour.’ 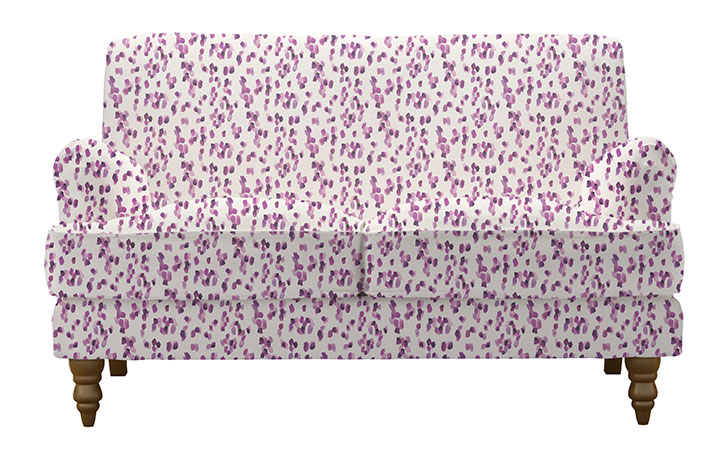 There was also further success in the competition with six of the fifteen finalists currently studying BA (Hons) Printed Textiles & Surface Pattern Design at Leeds College of Art.

The competition was also won last year by then third year student at the College Isobel Walton.