Graphic Design student Erin Blamire has been selected as part of her collective Shy Bairns, along with Georgia Gibson and Eleanor Haswell (Manchester School of Art) and Izzy Kroese (Goldsmiths College, London). Shy Bairns is a multi-disciplinary collective specialising in DIY arts publications and workshops. Over the course of New Contemporaries, Shy Bairns will make an active art site in the exhibition; collaborating with visitors and exhibiting artists to create a series of risograph zines focusing on how the viewer engages with the artworks.

Speaking about being selected Shy Barins told us:

“Being selected is obviously a huge achievement for us! It's encouraging to see institutions like New Contemporaries welcoming a more diverse range of artists and practices, and this is the first time they've had a proposal like ours. It's new territory for us and it's going to present so many new opportunities for us both as a group and as individuals. We're very excited to be involved!” 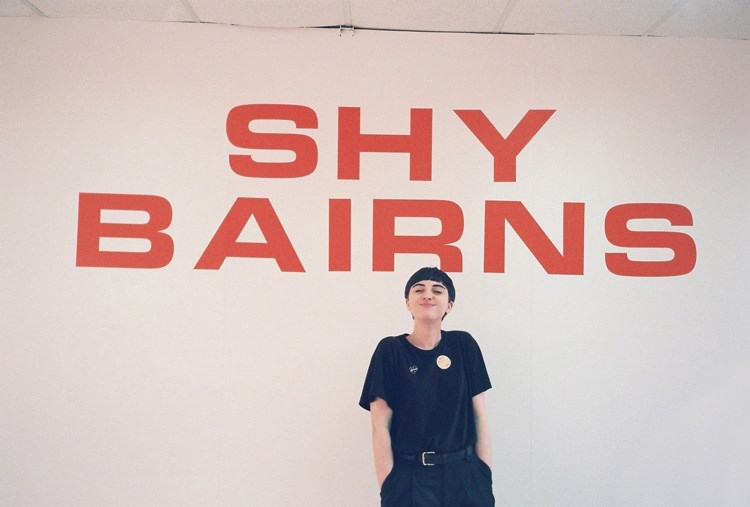 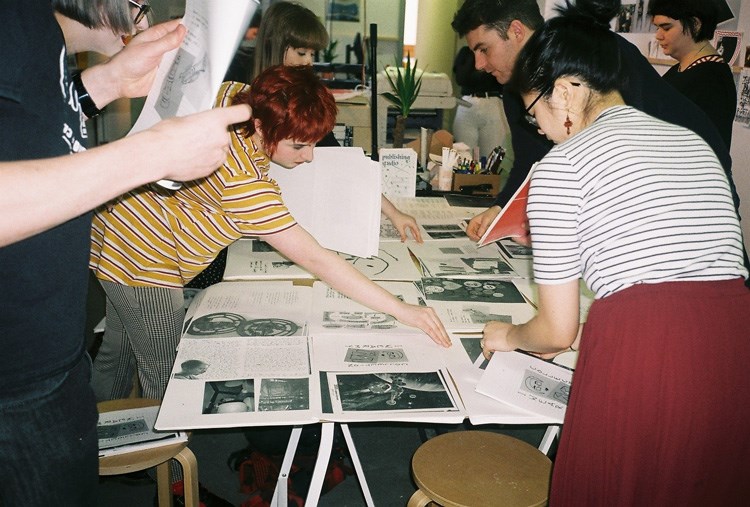 Shy Bairns workshop at The Tetley

Jack Pell graduated from BA (Hons) Fine Art in 2017. He describes his practice as the construction of images and videos which simultaneously employ and meditate on image conventions within western media.

"Being selected, especially by such renowned artists feels like a massive accomplishment. I know from seeing the shows in previous years that all of the work fits together very well, and this year there is an incredible range of diverse artists, so I’m really excited to see the exhibition. I am proud to count myself alongside other Leeds Arts Uni alumni who have been selected in previous years who have gone on to do many great things. The bar is set high, but I can only hope to live up to some of their vast achievements.

Columbidae (2017) allows two characters to fantasize through costume. The film explores the ‘local’ point of view of creatures in a specific place, through looking out to the world from within. The narrative has a dual perspective, which comes from the Pigeon and the Dove, who are connected biologically, however separate in their social standings."

Dating back to 1949 New Contemporaries is one of the most important exhibitions for spotting new and emerging talent in Britain, providing a platform for new and recent graduates with an annual, nationally touring exhibition. Throughout the exhibition's history a wealth of established artists have participated in New Contemporaries exhibitions including Anish Kapoor, Antony Gormley, Gillian Wearing, Tacita Dean and fellow alumnus Damien Hirst. More recently alumni Jessica Bunyard (2014) Lydia Brockless (2015) and Georgia Lucas-Going (2016) were selected for the exhibition.

Bloomberg New Contemporaries 2018 will launch from 14 July 2018 – 9 September 2018 as part of this year’s Liverpool Biennial and will then travel to the South London Gallery, London in December 2018.