In total five students from Leeds College of Art made the shortlist of 18 entries for the competition, which invited students to re-design a traditional white shirt. The five individually designed and tailored shirts were displayed in the fashion brands Leeds store window in the Victoria Arcade. Elizabeth’s shirt was crowned the winner after voting opened nationally online. 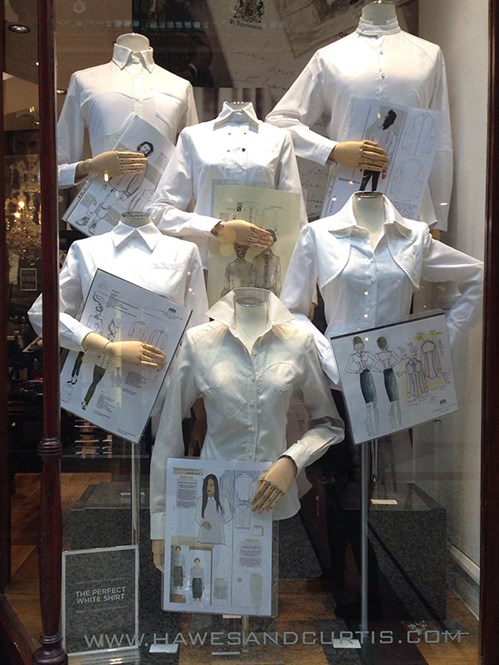 Elizabeth says 'I wanted to design something innovative and modern to really reinvent the traditional white shirt. I used a technique developed by Shingo Sato called TR Cutting which involves designing directly onto the stand. Through the use of curved style lines I was able to show off the great fit and silhouette of the shirt whilst adding unusual but subtle design detailing to the finished piece. I have further developed this technique in my graduate collection focusing on incorporating vortexes into pattern cutting.'

Elizabeth has won a design internship at the brands head office, and her shirt will now be put into production and sold online as well as in select Hawes & Curtis stores. 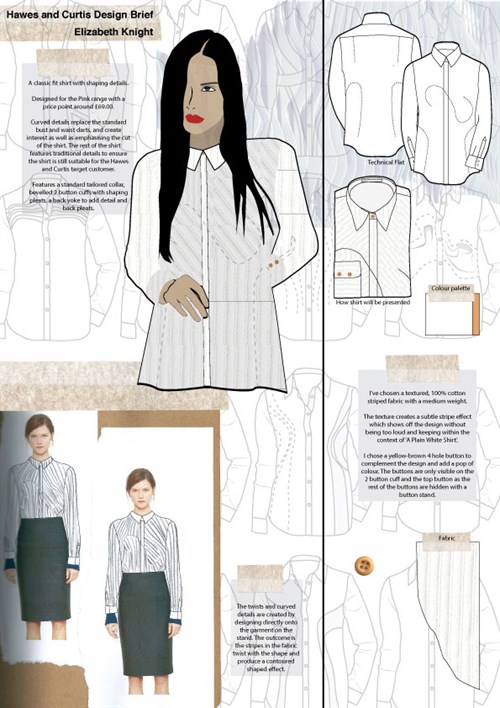 This is the second year in a row a student from the College has won the annual Hawes & Curtis student competition with BA (Hons) Fashion student Sophie Gray winning in 2013.