This particular Running-Creativity workshop took place on a warm Saturday 1 November 2014. It was commissioned by runner-curator Dr Martine Rouleau of the UCL Art Museum. The event was co-run by Dr Kai Syng Tan and Jo Volley, with special guest Dr Alan Latham. 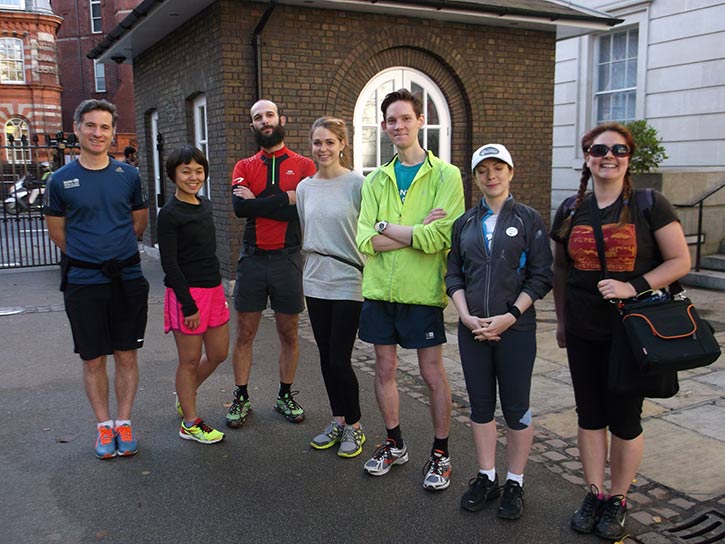 The starting point was University College London at Gower Street. Kai and Alan led a group of participants and ran 3.5 miles to Hampstead Heath. En route via the busy Camden, they shared thoughts, personal anecdotes and speculations about how running may be conducive to creativity. They then met runner-artist Jo Volley, who spoke to the group about her love for running, and how she would pick oak apples that she transforms into ink that she uses for her paintings. They then ran to Jo’s studio or rather ink museum and saw examples of ink that she has produced, and the associated paraphernalia that she uses to create this magic. The workshop ended with drinks at the pub, while a few others ran back to UCL with Kai (7miles total). 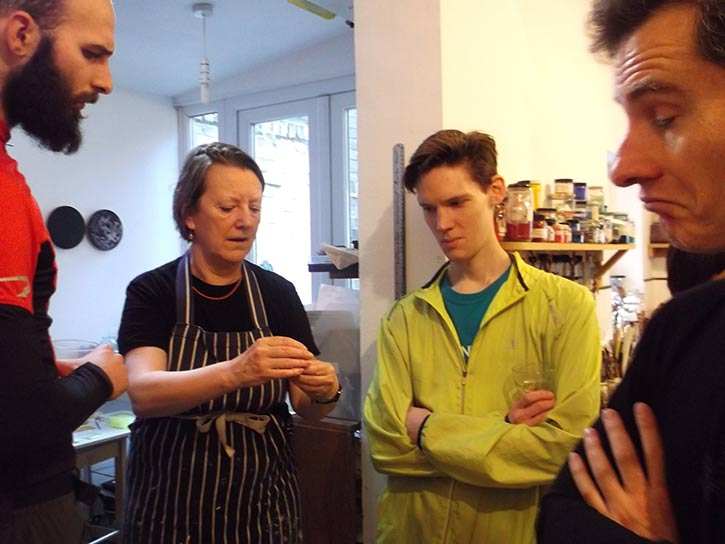 Inspired by how Jo Volley and other runners-artists are inspired by running? Keen to have try a hands-on, or rather, feet-on exercise exploring the correlation between running, the runner’s high and creativity? Had fun in RUN! RUN! RUN! not-run-of-the-(tread)mill programme including the Running-Discourse, Running-Tour, Heritage-Running-Trail, Running-Game and Running-Clinic, and hungry for MORE! MORE! MORE? Then join us in a Running-Creativity workshop.