Eric Atkinson was born in Hartlepool, County Durham and studied at West Hartlepool College of Art, under Harry Thubron from 1943–7 and then the Royal Academy from 1950–5.

Atkinson took over from revolutionary educator Harry Thubron as Head of Fine Art at Leeds College of Art. Thubron’s Basic Design Course, largely founded in Leeds, became a new model for art education. Eric Atkinson continued to bring in exciting and inspiring teachers including Robin Page, Stass Paraskos and Patrick Hughes to teach at the College. During his time as Head of Fine Art visiting lecturers also included Yoko Ono and Terry Frost.

In a 2020 interview published in Ontario based Art publication Centred.ca Atkinson said:

“Leeds, at that time I was there, was a powder keg of what was going on in England. The Beatles were in. British fashion was in. David Hockney was in. And in the ’60s the Leeds College of Art had quite a reputation.” 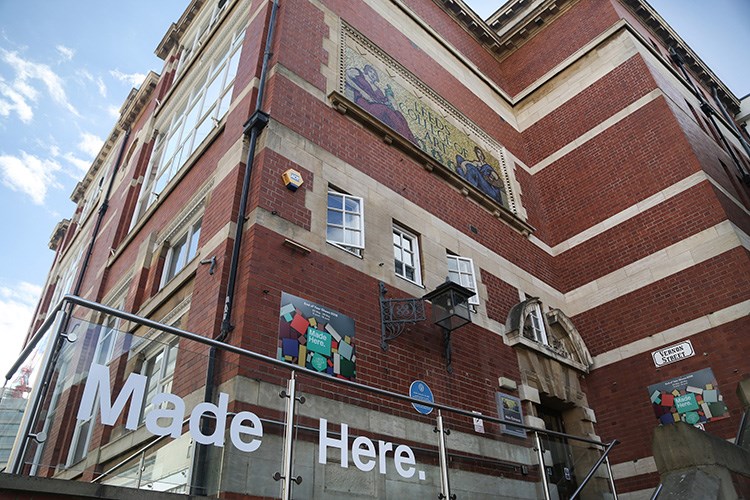 After 15 years at the College, Atkinson moved to Canada, settling in Ontario in 1969 with his wife Muriel, where he became Dean in the faculty of applied arts at Fanshawe College, London. He taught until the mid-1990s when he retired from teaching to focus on his art.