Commissioned by Leeds City Council as part of the Arena project the Leeds Song Tunnel  is the creation of designer Adrian Riley, an alumnus of Leeds College of Art.

A celebration of the singers, songwriters and bands that have helped make Leeds such a musical city over the last 100 years, Leeds Song Tunnel can now be enjoyed by pedestrians in the Woodhouse Lane subway of Leeds city centre. Comprised of 60 unique typographic panels, each featuring a different song and artist is inspired by how we form personal attachments with popular music. The subway links the adjacent Woodhouse Lane Car Park to the Leeds Arena, as well as the city centre.

Adrian Riley studied graphic design at Leeds College of Art from 1987-1990, and began his career as a designer in the city before forming Electric Angel Design and relocating to the North Yorkshire Coast. Adrian has produced public artworks for a wide range of settings, usually involving text or typographic elements that relate to the location and people who live there. 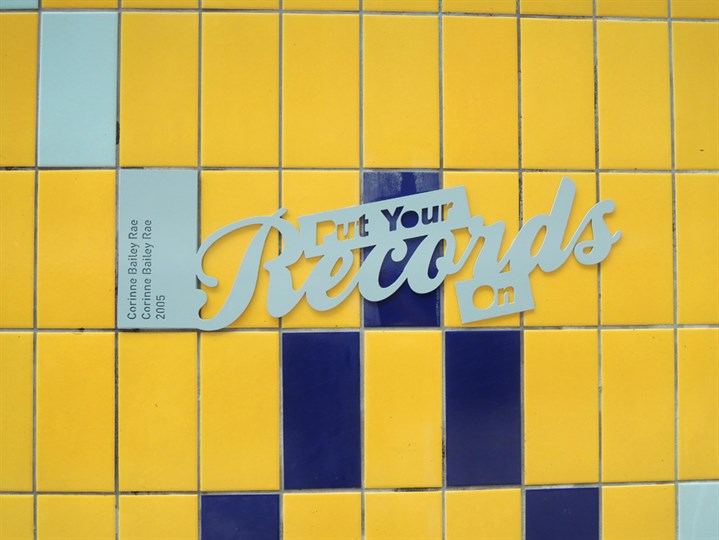 "I believe words and letters are far more than just carriers of information. The typeface used, the size and arrangement of the words, and the context in which they are used can express the meaning & emotions within the text, and they can have an impact and resonance of their own. When you place words in a public space this is amplified tenfold – they form a relationship and dialogue with the surroundings and the people who pass through that space."

Read our full interview with Adrian here, or find out more about the Leeds Song Tunnel and see images here.