As Leeds College of Art celebrates 170 years of art education, we look back over the life and work of our oldest living alumni, Katherine Mary Fryer, as she celebrates her 106th birthday. 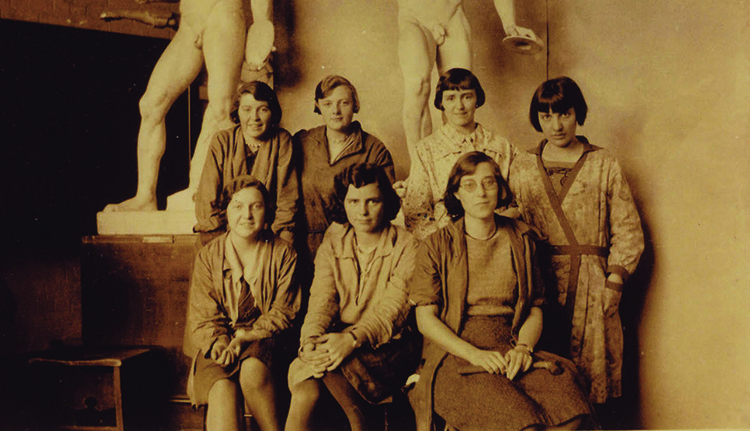 Katherine Fryer (Kate) is a painter, wood engraver and teacher who was active as a practising artist from the early 1930s – 2010. Born in Leeds on 26th August 1910, Kate enrolled as a student at what was then Leeds School of Art in 1926, completing her studies there in 1931. After qualifying, she taught for several years at Bath School of Art Corsham and became a member of the Bath Society of Artists. She then moved to Leicester Museum and Art Gallery before settling in Harborne in Birmingham to take up a teaching post in the Painting School at the Birmingham College of Art, Margaret Street. She remained there until her retirement from teaching in 1970.

In 1960 Kate was commissioned to produce a mural painting for Birmingham Register Office. That work, entitled Life’s Journey, is now rehoused at Millennium Point. In 1969, she won the Hoffman-Wood Gold Medal for her painting Pigeon Show. In 1972 Kate’s painting of Hambleton Post Office, Selby was acquired by the Department of National Savings and reproduced in a large, poster format for their “Wherever You Go” campaign. Kate has always exhibited widely, including, at the Royal Academy, the Redfern Gallery, the New English Art Club, and Leeds and Wakefield art galleries. 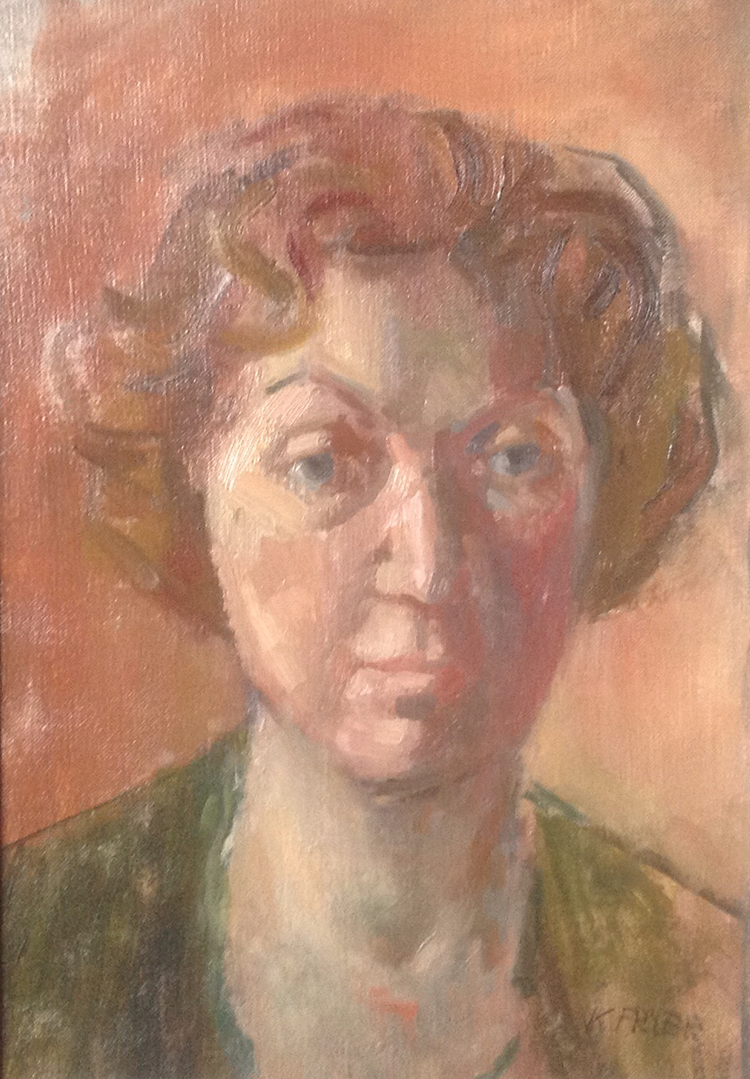 Image: Self portrait made after Kate's move to Birmingham

Since the 1960s Kate has been an active exhibitor, member, and later, honorary life member, of the Royal Birmingham Society of Artists where a ninetieth birthday exhibition, One Point of View, was held in 2000 to coincide with the publication of Before the war…and long ago, a collection of Kate’s reminiscences and prints. Kate continued producing work until her 101st year at which time a selection of her paintings were included in the RBSA exhibition celebrating the Society’s Ten Years at St Paul Square. Kate has works in various private and public collections including the Royal Academy of Arts, Leeds Art Gallery, Harrogate Art Gallery, the University of Birmingham Collection and the City University Collection Birmingham.

Image: Katherine May Fryer on her 105th birthday, with the card made for her by Leeds College of Art graduate Hannah Edmonds.

As she approaches her 107th year, Kate still frequently reminisces about her days at the College’s Vernon Street building. She recalls, in particular, the excellent tuition that she received at the College and the many remarkable figures she encountered there, such as E Owen Jennings, Loris Rey and Jacob Kramer, all of whom were to prove such an inspiration to her over the many years of her own painting practice.

With thanks to E M Scott for providing the biography and images.