Leeds Arts University was announced as the winner of the Whatuni Student Choice Award for Best Facilities last night, taking the prize for the third time in six years!

The University also ranked second for Student Support, sixth for overall University of the Year and in the top ten for Accommodation.

The results, taken from over 41,000 student reviews across 160 institutions, were announced at a gala dinner held at The Brewery in East London last night, hosted and presented by comedian Omid Djalili. 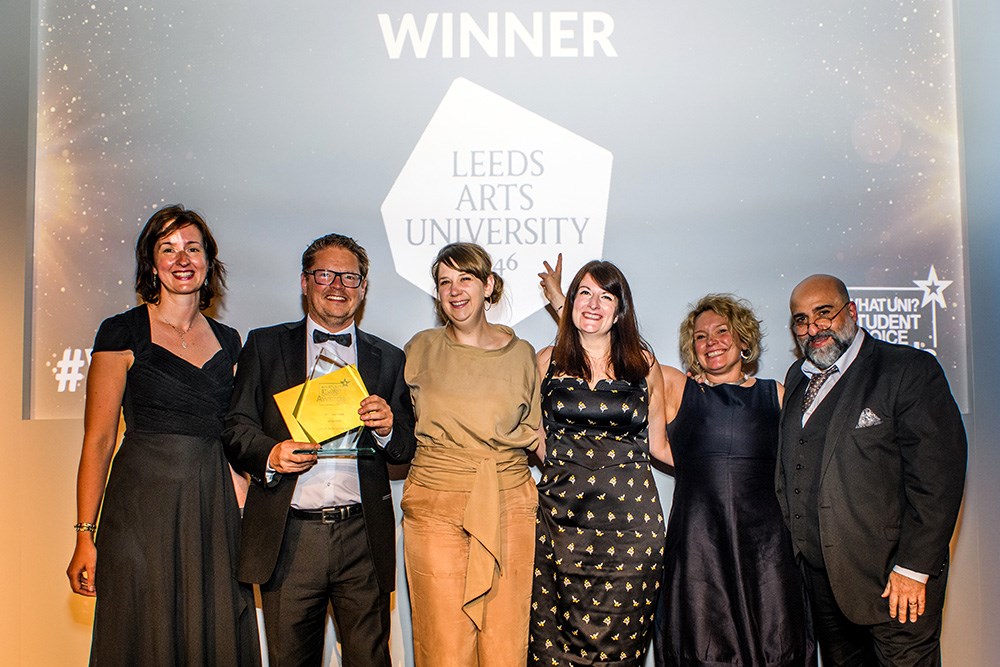 Image: Staff from Leeds Arts University collect their award with host Omid Djalili and Diana Beech, Policy Advisor to the Minister of State for Universities.

“To win the Whatuni Best Facilities award for the third time in six years is an incredible achievement for Leeds Arts University, which comes at a significant time following the completion of the state-of-the-art expansion to our building and facilities. Most importantly the award acknowledges the support and dedication of our staff, who give the students an unforgettable experience allowing them to maximise their creative potential.” 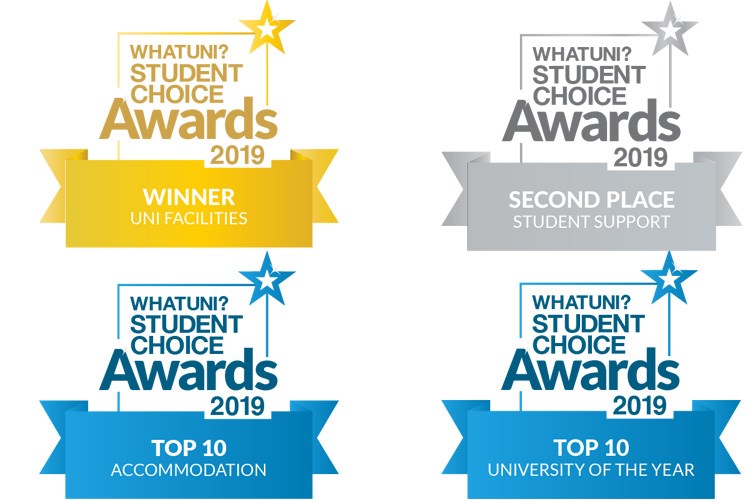