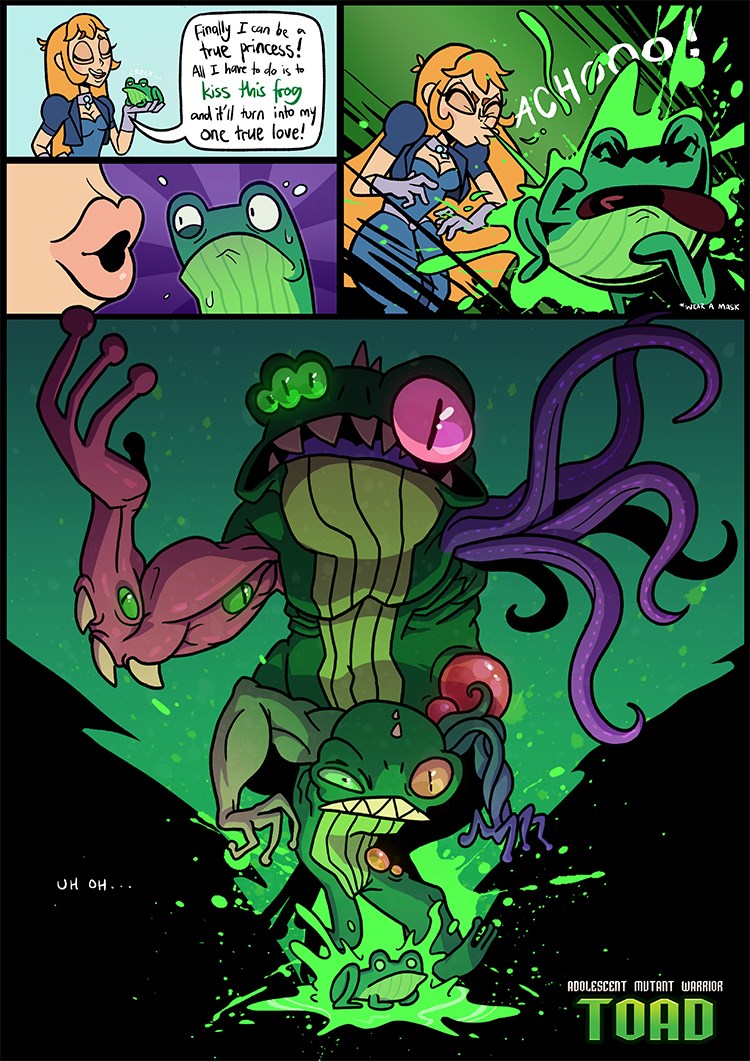 Level 4 BA (Hons) Animation students, SR O’Sullivan and Hannah Watts were placed second and fourth for their respective works, Snake Arms and Calling Creekwood. Runners up prizes were awarded to BA (Hons) Visual Communications student, Sophie Clay, for The Waiting Game; Level 6 Animation student, Ben Wilkinson, for The Fly; and Millie Hepworth-Smith who is one of the first students to enrol on the new MA Illustration, for Mittens and Tilly. 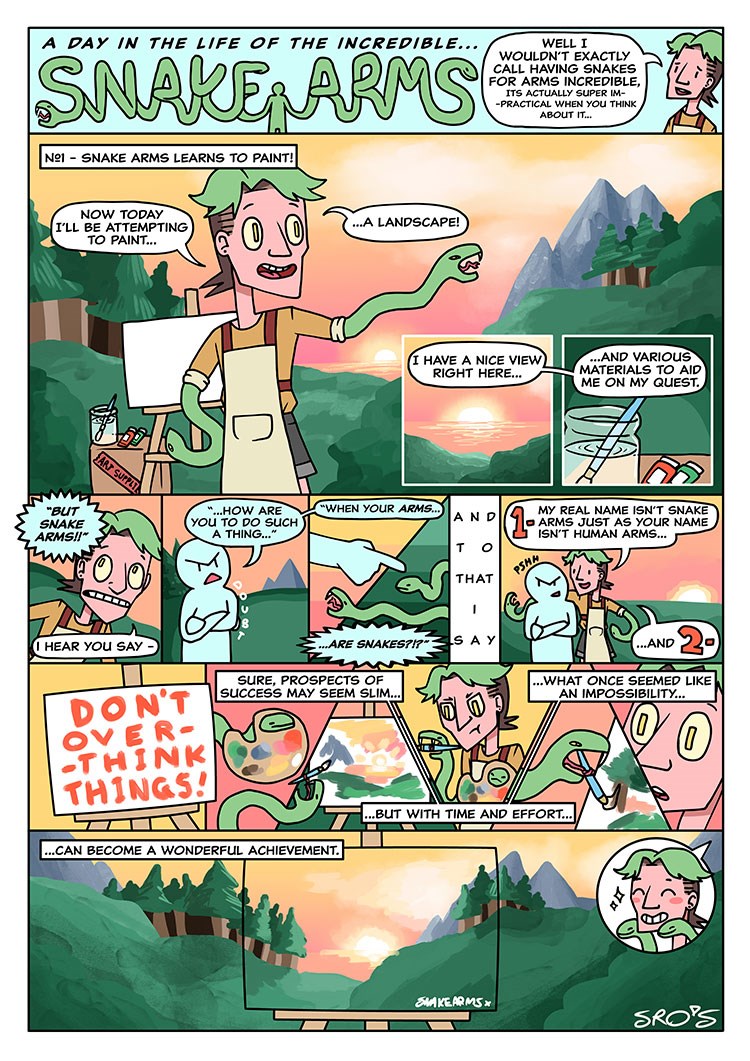 Participants were invited to submit a one-page comic story for the chance to win comic-themed prizes, including a £100 first place voucher and £50 vouchers for second, third and fourth places from comic shop heroes, Travelling Man, and a Thought Bubble weekend guest festival pass for the 2021 con. 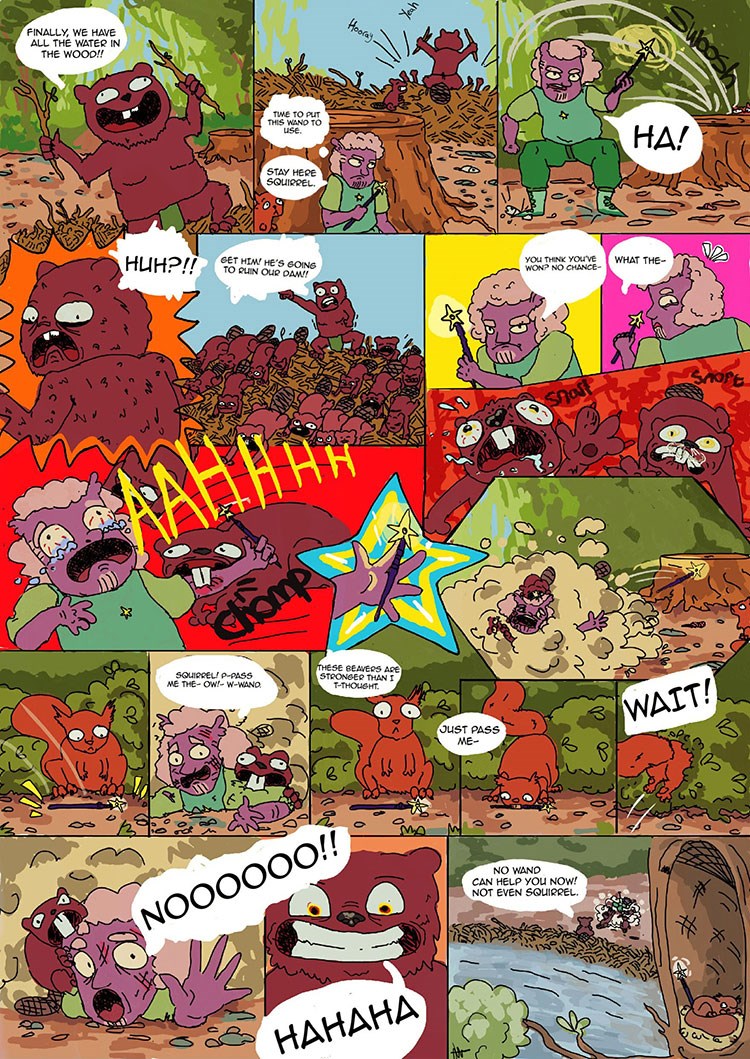 Image: Hannah Watts, The Calling of Creekwood, 2020 (c) the artist

Those placed in first to fourth place will see their work digitally published and launched for Thought Bubble’s Digital Comic Con this November and in a printed comic edition of 2,000 of Doctor Simpo’s long running underground-kid’s comic, Things and Stuff: for people of different shapes and sizes! All 41 entrants will receive a copy of the printed comic.

Thought Bubble is a Yorkshire-based week-long comic art festival that this year culminates in a two-day online celebration of comics and illustration.