Students from Higher and Further education courses at Leeds Arts University have been announced as the winners of this year’s Sustainability Awards for their interpretation of “sustainability”, as reflected in the aims identified in the University Sustainability Framework.

Students from across the University were given the opportunity to respond to a brief, which asked them to address environmental, social or ethical issues, with sustainability clearly at the core of their approach.

Her documentary about Henrietta Lovell, founder of Rare Tea Co., highlights issues about the tea trade, and considers how a tea business could be run differently which benefit both consumers, farmers and the environment.

Caroline’s work aims to ‘educate and encourage’ the conscious buyer. She has created NOXIOUS, a printed magazine aimed at raising awareness of the pollution caused by the fashion and textiles industry. See Caroline's work here.

Erin Cooper Jones designed a poster to raise awareness about plastic waste in the oceans. Using the style of a traditional ocean species poster, Erin aims to engage viewers with a familiar and nostalgic approach, whilst highlighting a serious issue caused by a throwaway culture. 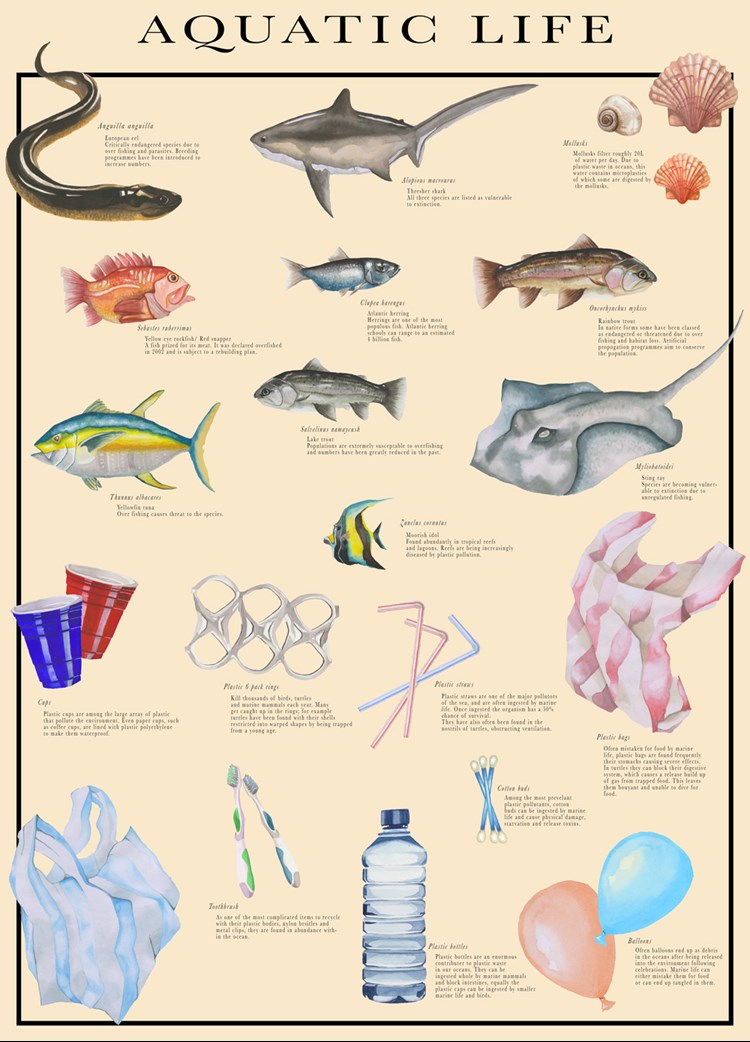 Foundation Diploma student Oran Cooch was awarded first place for students from Further Education courses, for It’s just a stone’s throw away, but you’re as blind as a bat. Oran‘s work combines sculpture and time-based media, to consider the how the environmental erosion that occurs during each lifetime shifts our perception of what is normal. 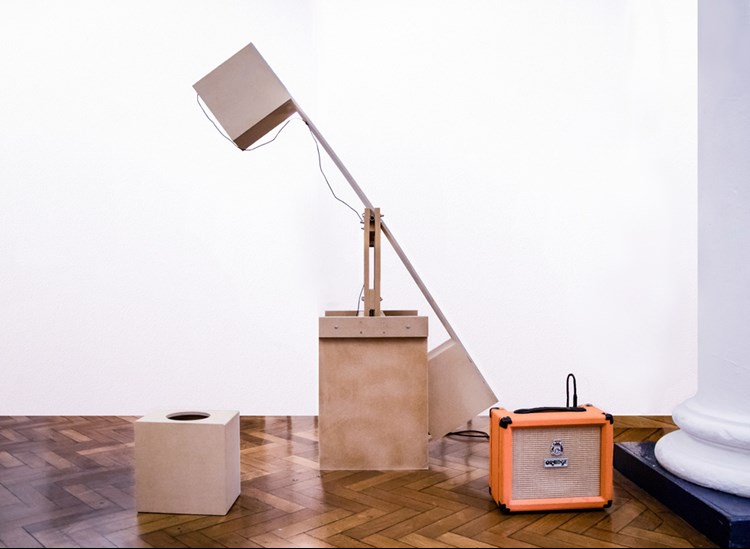 The students will have the opportunity to see their work exhibited in the University later in the year.