A short fashion film by BA (Hons) Fashion student Imogen Smith has been selected for a renowned festival in York.

The BAFTA-recognised Aesthetica Short Film Festival takes place between 8-12 November at 18 venues across the city, hosting more than 300 independent films.

Imogen’s work is called Inner City Voyeurism and tackles taboos in modern society through the topic of voyeurism. Her film will be shown alongside recognised film makers in 12 categories including fashion, thriller, comedy and music. 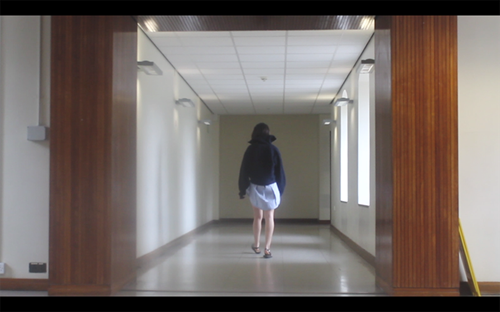 Thousands of visitors are expected to attend the event, featuring masterclasses, representatives from leading film institutions and short films from over 40 countries featuring actors such as Martin Freeman (Sherlock) and Imelda Staunton (Harry Potter franchise) and Nikolaj Coster-Waldau (Game of Thrones).

Each film looks at 21st century trends, reworking the idea of moving image and asking questions around fashion film, advertising and branded content.

Every film in the Official Selection will be eligible to take home the award for best film within its genre, with category winners also nominated for the prestigious Festival Winner award and the chance to win £1,000.