A new window installation by recent BA (Hons) Illustration graduate Ekaterina Sheath was been unveiled at The Queens Hotel in Leeds.

Situated in City Square at the heart of Leeds, The Queens Hotel, has recently undergone a £16million transformation with a sympathetic restoration that commemorates both the history of the hotel and celebrates its new look. 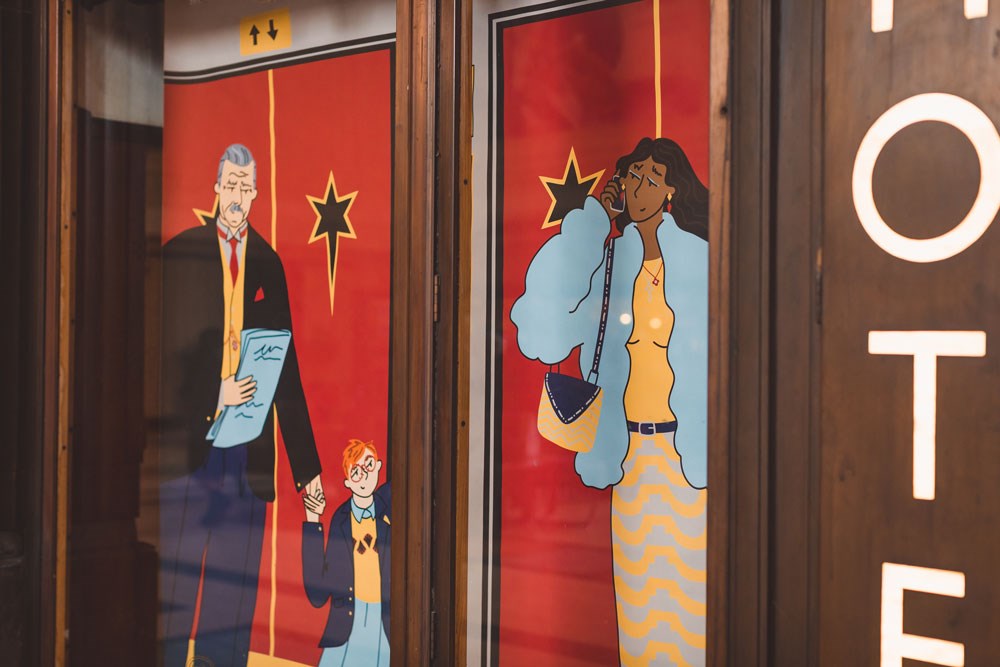 Image: Window display at The Queens Hotel by Ekaterina Sheath

Working with Leeds Arts University, The Queens Hotel offered students the chance to have their work displayed within windows facing onto the railway station concourse. Students applying to the brief were asked to consider the history of the hotel building, its Yorkshire location, community, and the culture of Leeds itself. Ekaterina Sheath, who at the time was studying for her BA (Hons) Illustration degree, was selected as the winner by a panel of judges.

Ekaterina’s unique design concept features two past and present designs of the modern-day hotel versus how it looked in the roaring Art Deco era of the 1930s. The two designs feature the hotels’ new Grand Pacific bar and the iconic hotel lifts. 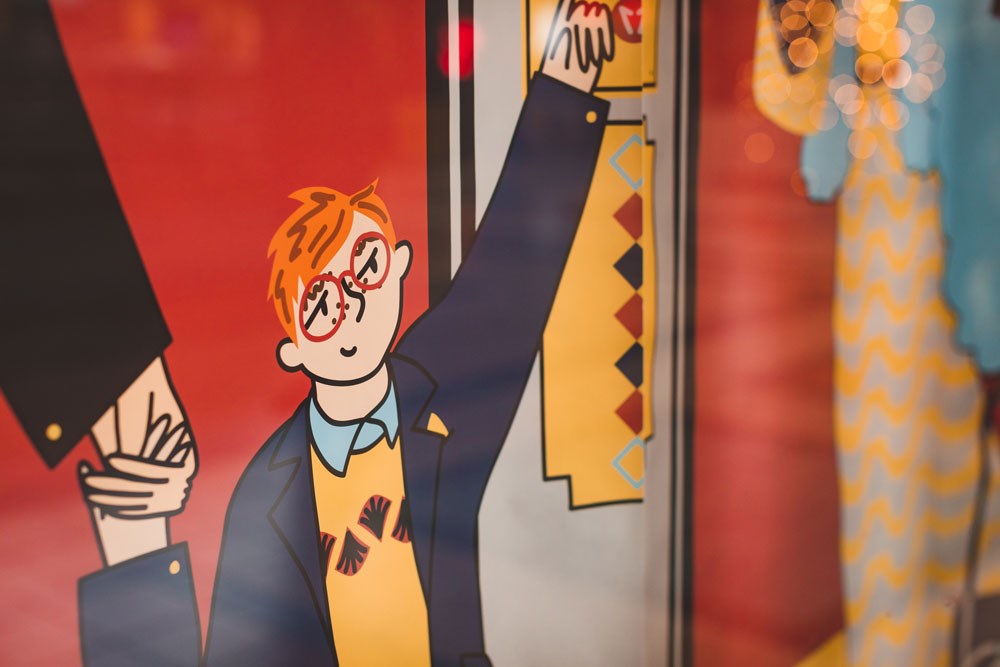 Image: Window display from window at The Queens Hotel by Ekaterina Sheath

The installation is now complete for guests of the hotel and those passing through Leeds Station to view the display and appreciate Ekaterina’s work.

Ekaterina said: “I am so excited to finally unveil the window display for The Queens Hotel. This was a great opportunity to use contemporary illustration as a tool to encourage public engagement with local heritage, while further contributing to the public art scene in Leeds. The new refurbishment is stunning and it’s wonderful to see so much of the original architecture preserved.

“Every element within my design has a direct link to the hotel. One of the window designs depicts the bar set in 1937 (when the hotel was first built) and the other half shows how it looks today in 2021 as Grand Pacific. All the characters were inspired by people who walked past while I was drawing at the hotel. On-ocation drawing encourages me to constantly seek new ways to be more representative in my work. I aim to celebrate diversity by depicting our multicultural community through positive illustrations.” 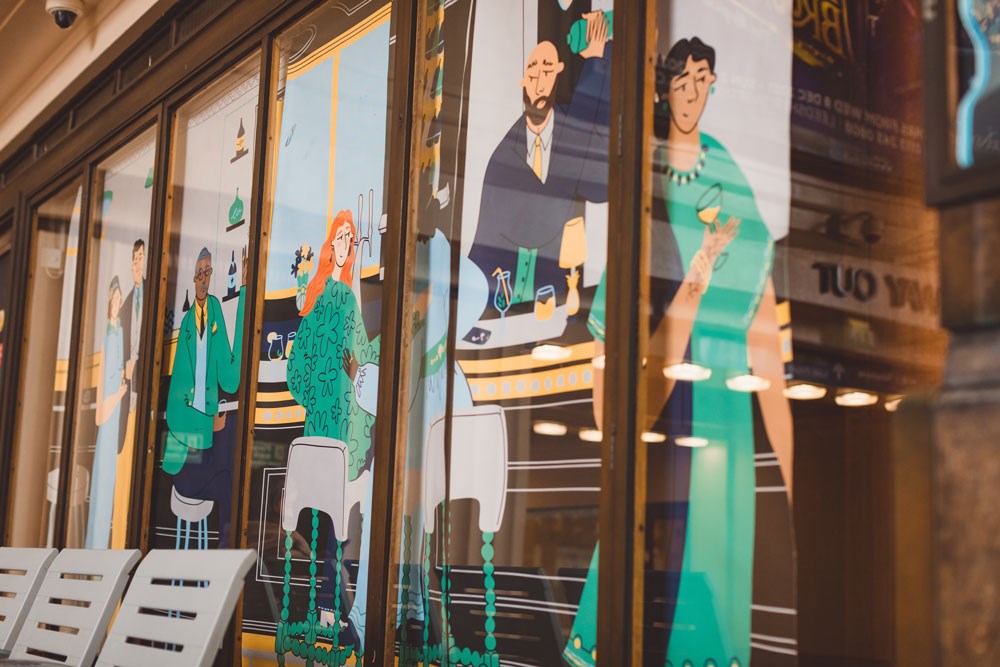 Image: Window display at The Queens Hotel by Ekaterina Sheath

Alistair Campbell, General Manager of The Queens Hotel Leeds, comments: “When we were judging the different entries, we were so excited when we first saw Ekaterina’s concept. We love how it transcends through time, beautifully highlighting the hotel’s culture through past and present.

“Ekaterina’s design really hit the brief of showcasing the history of the hotel yet a look forward to the future with a buzzing city and strong community. We are incredibly impressed with Ekaterina’s finished design and are so pleased that hundreds of people will get to appreciate the talent Leeds has to offer every day.”