Recent graduates from BA (Hons) Illustration have launched a new collective, VISUWALLISE, specialising in designing and producing large artwork for both interior and exterior spaces.

Illustration graduates, George Addy, Thomas O’Connor and Ian Fulcher, known collectively as VISUWALLISE, have recently completed a six month residency at Duke Studios, providing them the space and support they needed to get their emerging business off the ground. A collaboration between Leeds Arts University and Duke Studios, the residency provides recent graduates with a co-working studio space, and up to eight hours of business mentoring per month. 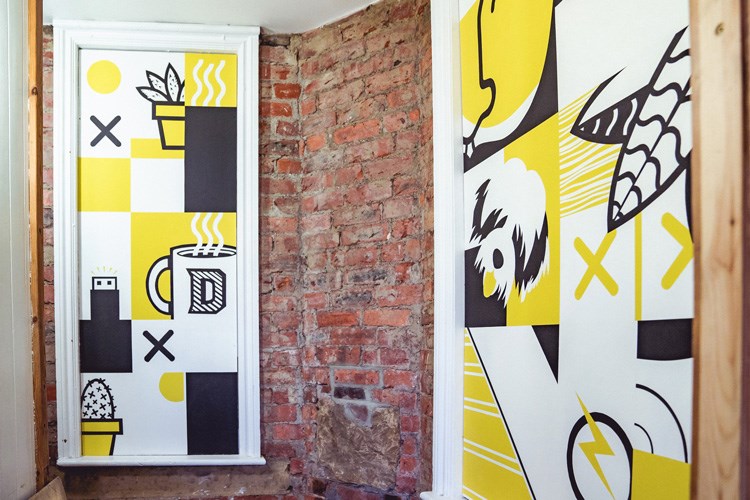 Working as a collective, and individually recent projects have included a mural at Leeds Railway Station, interior wall art for Leeds agency We Are Boutique and a ‘live art’ project at Veg Out Fest. The trio have recently completed a ‘wall about painting on walls’ outside Duke Studios, to launch their new business.

Speaking of the experience at Duke Studios, Thomas told us:

“The environment at Duke Studios is great, really positive with good vibes. The staff and other residents are really friendly and engaging.

The residency at Duke gave the opportunity to allow our business to grow organically, taking away some the pressure and financial constraints that would normally limit recent graduates.

If you have a good business idea but need the time, space and support to get it off the ground then I’d recommend Duke Studios 100%!”

Visit VISUWALLISE to see more of what they’ve been up to. 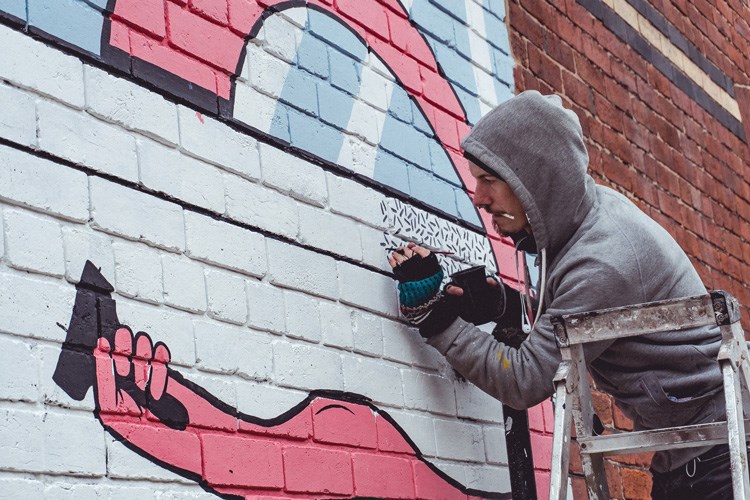