Honorary arts degrees to be awarded at graduation ceremonies

A former lecturer at Leeds College of Art (1964-1970) on the fine art degree course, Patrick Hughes has a long-standing history with the University. In 2015 Hughes founded the Anthony Earnshaw Bursary in memory of his friend the artist Anthony Earnshaw, which is awarded annually to a Leeds Arts University student. In 2016 the University held an exhibition of his work and in 2020 Patrick also gifted the work Reverspective Versus Perspective (2007) to the University art collection.

Having completed a teaching training course to become a primary school teacher, Patrick began exhibiting his paintings in 1961 at the age of 21. He has since held one-person exhibitions in Los Angeles and San Francisco, Chicago, Boston and New York and in Canada, France, Germany, Italy, Holland, Belgium and Switzerland – one hundred and fifty-four so far. His work is held in national and international collections including The Tate Gallery, The British Library, The British Academy, The Wurth Museum, The Museum of Fine Arts, Boston, The Detroit Institute of Art and amongst many others.

Patrick Hughes, Artist, said: “When Leeds was my oyster I found many pearls in the School of Art, students and tutors, that will always shine brightly for me and the world”. Rav Matharu is the Founder and Creative Director of clothsurgeon, a brand that is set to make history by becoming the first bespoke streetwear brand on the world-famous Savile Row, also making Rav the first British South Asian to open doors on the historic street.

An alumnus of the Leeds Arts University, Rav graduated with a first-class BA (Hons) degree in Fashion, before moving to London to pursue a career in the industry. He launched his brand, clothsurgeon, soon after and attracted the attention of music artists such as Kendrick Lamar, Nas, Drake, FKA Twigs to name a few, as well as athletes, actors and a plethora of celebrities. Over the course of his career he has collaborated and consulted with brands such as Champion, Nike, Coca-Cola, Absolut, and stocked his product in the likes of Harrods, Selfridges, Mr Porter and United Arrows.

Rav Matharu, Founder and Creative Director of clothsurgeon, said: “Be grateful for what you have and work hard for what you want". 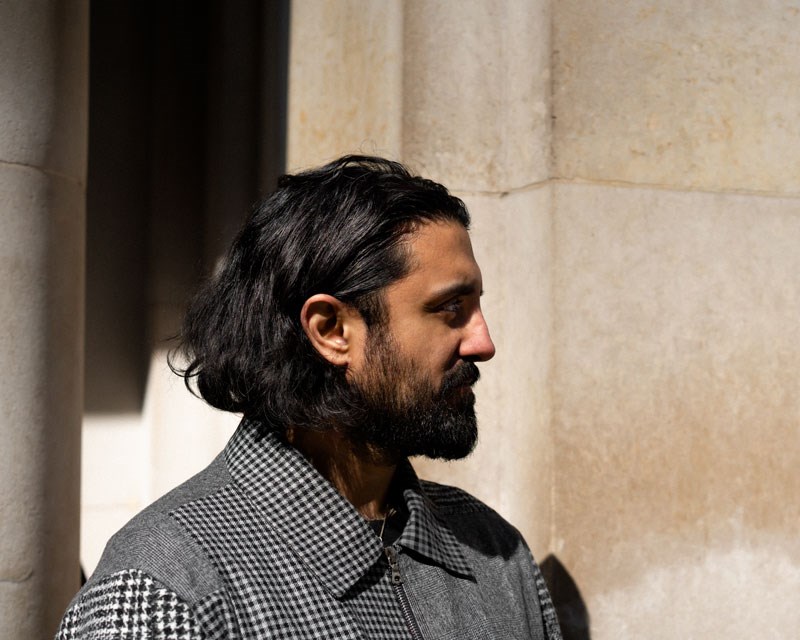 Patrick Hughes and Rav Matharu will be recognised by Leeds Arts University during graduation ceremonies at The Royal Armouries, Leeds on Monday 4 and Tuesday 5 July. The ceremonies will celebrate graduating students from the University’s BA (Hons) and BMus (Hons) undergraduate degree courses. A keynote speech will be delivered by Beatrice Neumann, Head of Skills and Industry Engagement at Screen Yorkshire.

Professor Simone Wonnacott, Vice-Chancellor, Leeds Arts University said: “We are honoured to present Master of Arts degrees to two such talented practitioners. Both Patrick and Rav have enjoyed success and recognition in their respective fields, and I hope they will inspire our students by showing them what is possible through talent, commitment and hard work.”