Anyone walking through Leeds on a crisp Wednesday morning last month may have noticed people gathered by a table on a street corner discussing FREE BANANAS.

On 5th November 2014. At 8.45am, 100lbs of bananas were given away on the corner of Vernon Street and Cookridge Street. 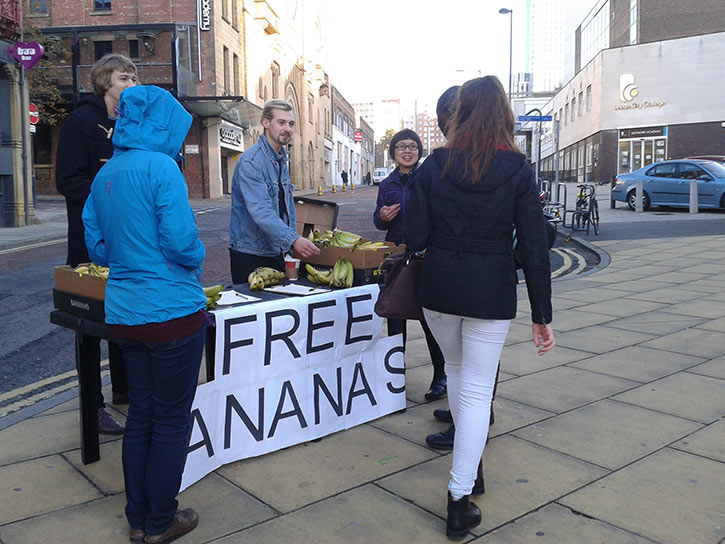 Artists Jack Fisher and Karl Sims offered people, “as many free bananas as you would like, in return for filling in as much information as you would like to give”. They provided forms inviting name, nationality, gender, but no contact details. People took two or three bananas or a couple of bunches. Some said “Why?”, “What for?”, others asked if they had spiders or commented, “thank you that’s so kind”, “great, what a nice idea”. One man approached the table with a really persistent “Why?” and then, with an ever widening grin, began to repeat the answer he received to other members of the public; “But why not?”

Karl and Jack were invited by the Crossing Borders research cluster to contribute to the first FREE BANANAS[1] research breakfast, as part of a monthly programme to support dialogue around art and research activities of the art college community.

Whilst bananas were given away in the street, college staff had the privilege to join Frances-Ann O’Donnell (Norton) in our Vernon Street café where she presented a selection of images and artefacts over breakfast. 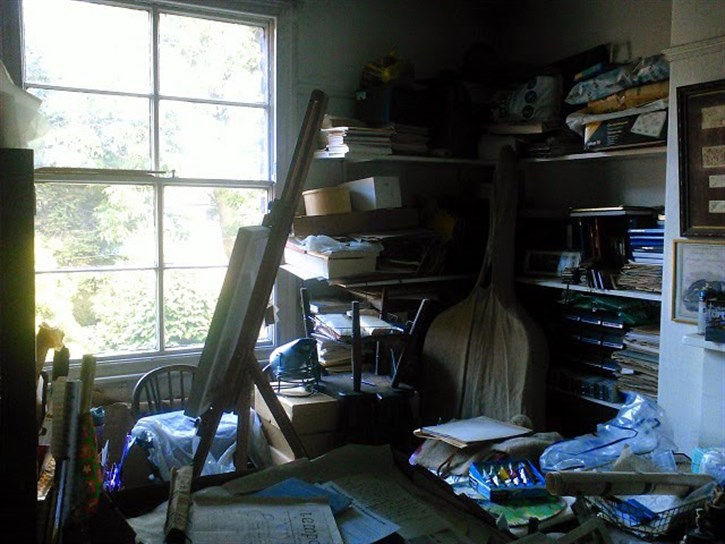 Frances talked candidly about how the process of mourning had been woven into her delicately embroidered handkerchiefs, evocative seascapes and architectural photographs, along with writings and paintings she made in her father’s private room, once the studio of painter Atkinson Grimshaw. 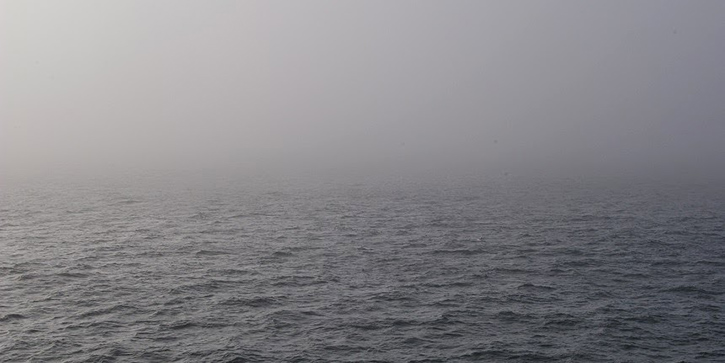 The Crossing Borders research cluster also co-initiates the monthly research dialogue events Situated Practice reading group and RUN! RUN! RUN! which are both open to staff, students and friends of Leeds College of Art. The college’s other research clusters are Pedagogies, Curatorial and Technologies.

[1] Named after Jack and Karl’s first free banana action in 2013 when both were students on BA (Hons) Fine Art at the college.