Students on the BA (Hons) Fine Art course are no stranger to taking part in, and winning awards at, the prestigious British Art Medal Society.

This year is no different and we are delighted to announce that three of our students each won a merit: first year student Hannah Archer, second year student Tia Dunn and final year student Elliot Birt. Elliot also won the Herbie Prize for his entry in lockdown last year. There were 160 medals submitted and 22 awards, so to collect three awards and for the third year running is a real coup for the University and the course.

The Student Medal Project was set up by the British Art Medal Society to promote the art of the medal in UK arts universities and colleges. Following success last year and in 2020 the students decided to submit entries again this year. These medals are not to be found on the chests of heroes or in athlete's locker. They are the contemporary expression of a much older tradition of medals as works of art.

Senior Lecturer BA (Hons) Fine Art, Liadin Cooke said: "I am absolutely delighted that yet again we are among those awarded for the BAM prizes. It demonstrates the innovation and continuous fresh -thinking that our students display week in, week out in their practise. We are all so incredibly proud of the students involved and will be looking to facilitate new and inspiring ways to participate in future." 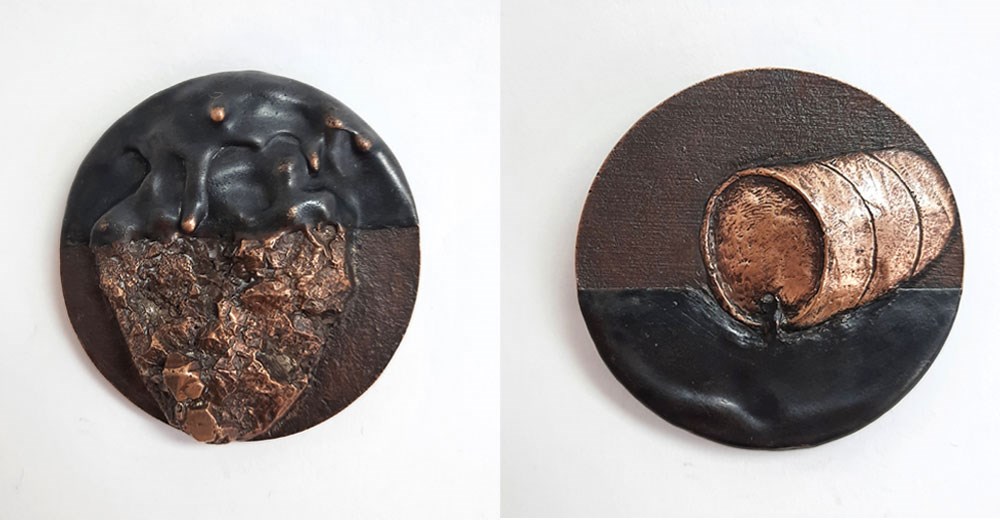 Elliot said: "I’m currently looking into the lack of ecological diversity in our cities and countryside. The medal in a broad sense, comes from this investigation. My medal “Black Gold, Fool’s Gold” is on the topic of climate change. It comes from the relationship I see between our desire for fossil fuels. On one side is petroleum, which is sometimes referred to as black gold because of its value and on the other side is a cast of the mineral known as ‘Fool’s Gold. My medal is highlighting this through the creation of an ironical relationship between oil's supposed value and the folly of this value."

Hannah said: "This medal is a statement on environmentalism and how we as humans have impacted the life in our seas. While one side remains more realistic; showing damaged scales, scrapes and scratches, the other side explores the abundance of plastic waste found inside sea creatures, mostly from litter ending up in our oceans. The medal also talks about the impact that the fishing industry has on our environment, by showing a fisherman’s hook through the eye.

“As someone who has not focused on any 3D work in their practice, I have found the making process to be extremely interesting. All the techniques were something I had not tried before and therefore there was a learning curve at each stage, I found refining and amending the wax mould to be especially difficult. Additionally, the creation of the fish hook required intricacy at each stage." 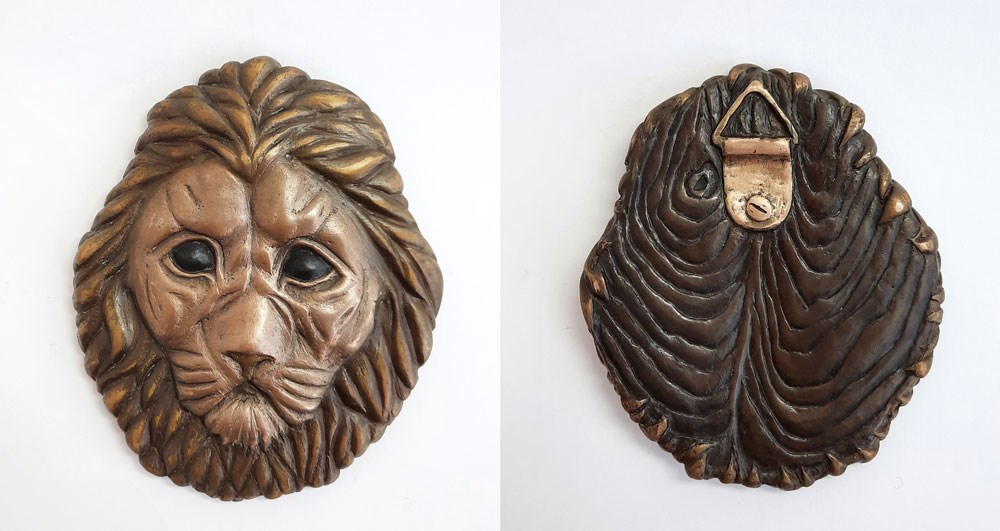 Tia said: "Thematically, my medal sits alongside key themes in my work about animal welfare. It is also a reflection on the idea of society disassociating itself from the realities of animal treatment in the meat industries and animal treatment which has been a major focus for my work recently.

“On one side of my medal is a lion’s head, a creature known for its pride and strength. It isn’t until you see the other side, with its representation of a hook, that it becomes clear that this lion has been poached for human satisfaction, reduced to a tasteless decoration for a someone’s wall."

There will be a virtual prize giving from BAMS for the students imminently, and a forthcoming exhibition for the 2022 medals will take place at the New Ashgate Gallery in Farnham, from 12th March to 23rd April 2022.