The Manchester Open is a biennial celebration of creativity across Greater Manchester.

The Manchester Open Awards 2022 took place on Thursday 3 March, hosted by HOME, a centre for international contemporary art, theatre and film in Manchester. Artists, supporters, friends and families came together to celebrate the 20 nominees, who were chosen from 474 artists featuring in the exhibition.

Annabelle Richmond-Wright won her award for her work Alexa (no. 469) which was among 2,271 artwork entries. The judging panel were impressed by the range, quality, differing artistic styles, and inspirational work being created across Greater Manchester. 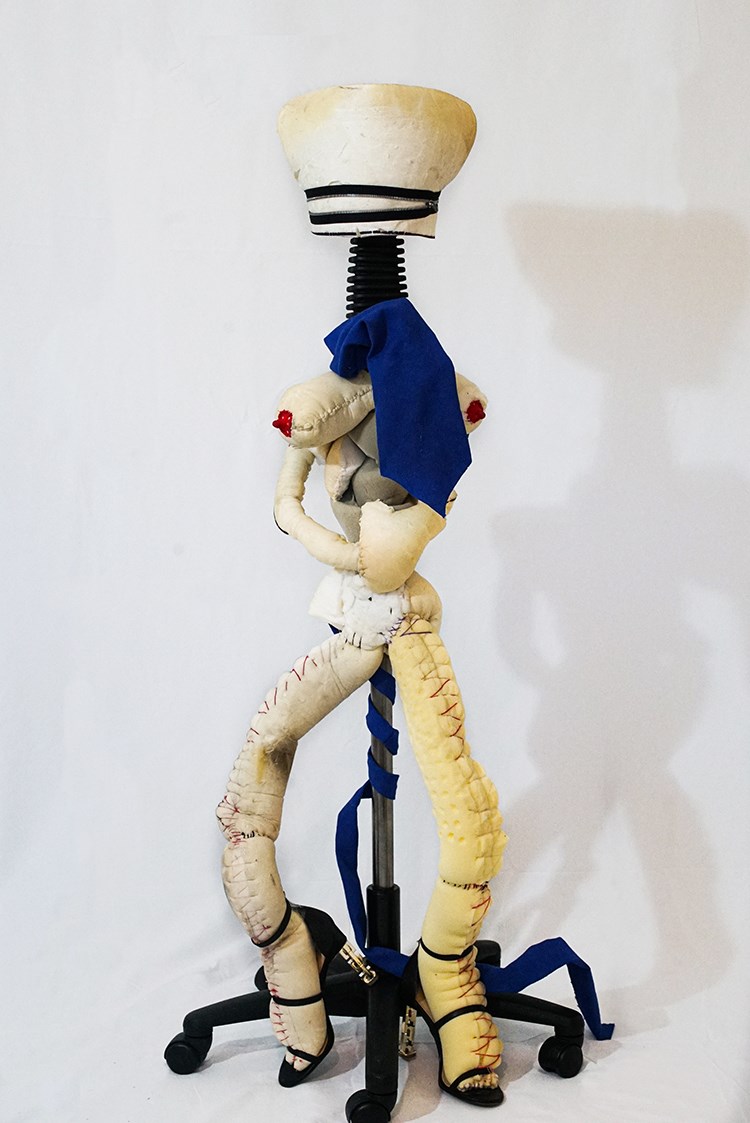 Speaking to as a part of the HOME Breaking the bias event on Monday 7 March, Annabelle talks about how she was inspired by her experience working in a male dominated industry as a digital Marketing Assistant, where she was told to “speak in a ‘nice feminine pitched voice’” to customers on the phone as male customers wanted to “picture a pretty young lady”. On her winning piece she also goes on to say:

“Alexa was born out of my research into the history of women’s work where women were first employed into the corporate world as secretaries and typists during the wars to ultimately answer to their male counterparts who were paid much more and were working in the higher respected roles. This gender inequality was reinforced when I noticed that virtual assistant technology (Alexa, Siri, Cortana, your dad’s old TomTom SatNav) has a female voice/persona as a default setting and the fact that the male-dominated tech industry design and manufacture these products.”

Over £10,000 of prize funding will be distributed between the winning artists, with artist development packages managed by Castlefield Gallery and HOME.

The Manchester Open Exhibition runs until Sun 27 Mar and admission is free.