In 1948 a young Ed O’Donnell, who had just come out of the coal mine, was walking up Vernon Street when he heard a trombone playing.

He went into the building to see where the music was coming from. The building was Leeds College of Art, the trombonist was Ted Fenton and the Jazz band were called the Vernon Street Ramblers, founded by Alan Cooper, clarinettist. When Ted left to do national service, Ed O’Donnell stepped in as the band’s trombonist. 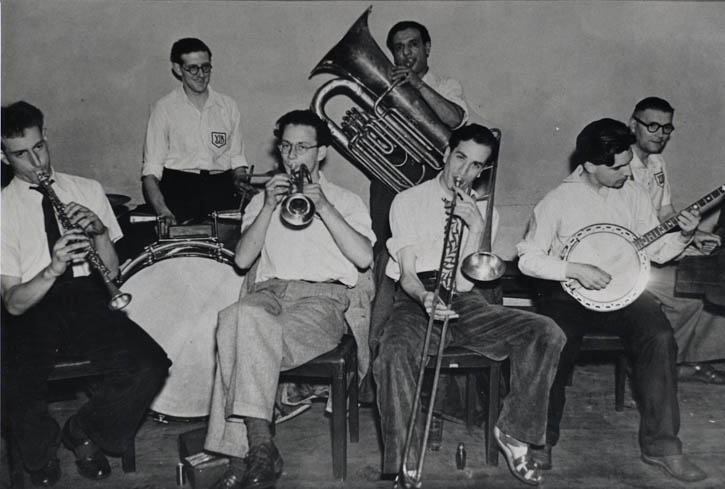 The Vernon Street Ramblers played lunchtime sessions at the College and various charity events, including student Rag week. During one Rag week night, playing at the University, Ed was approached to play in The Yorkshire Jazz Band. They had been looking for a trombonist and soon Ed was playing with them at The London Jazz Club. Alan Cooper joined them as clarinettist, Diz Disley on banjo and Dick Hawdon on trumpet. Dick Hawdon later became Head of light Jazz at Leeds College of Music.

By the early 1950s Alan Cooper had left to join the Temperance Seven, Dis Disley had also left to pursue his jazz career and Roy Greenwood had tragically died. Ed, who was still part-time student and part-time model at the College first formed the Paramount Jazz Band. Then (taking his cue from a New Orleans jazz band called The Black Eagles) he formed a new band and decided to call it ‘The White Eagles Jazz Band’ and quickly thrilled a new generation of students with his music. 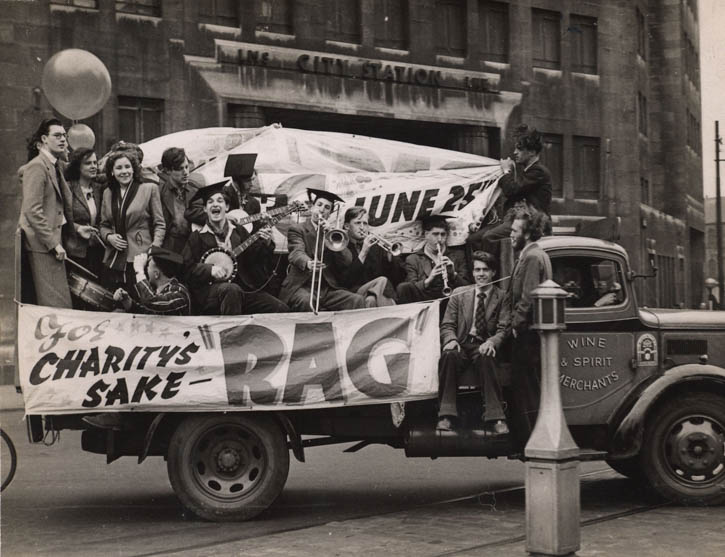 In the mid 1950s Ed was invited to join the Ken Colyer Band, playing alongside Acker Bilk and Chris Barber. Eventually as the band members went their separate ways, Ed returned north, continuing with his special brand of music and also teaching in the Jewellery department at the College until 1992.

Ed O’Donnell returned to Leeds College of Art on 5 & 14 November 2003 to play for some of his old contemporaries at the Vernon Street centenary celebrations. Amongst the former students there on Bonfire night were Dis Disley, who travelled from London for that one evening, and, of course, Ted Fenton. 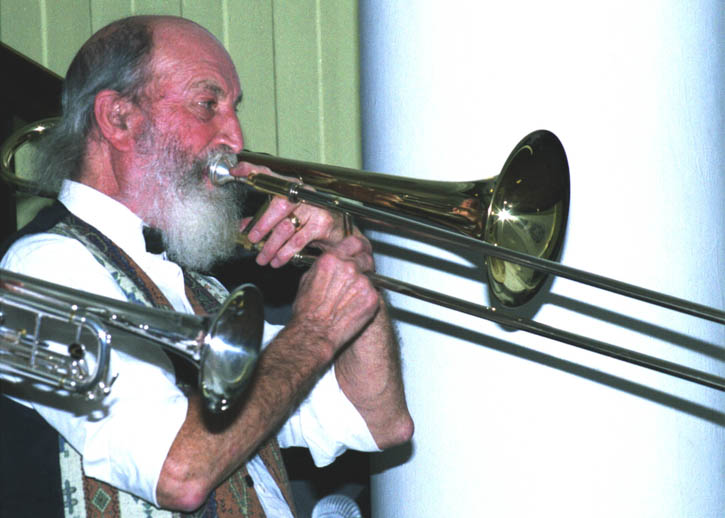 Ed O’Donnell, former student, life model and tutor at Leeds College of Art and a renowned jazz trombonist, passed away aged 87 on 14 February 2014. 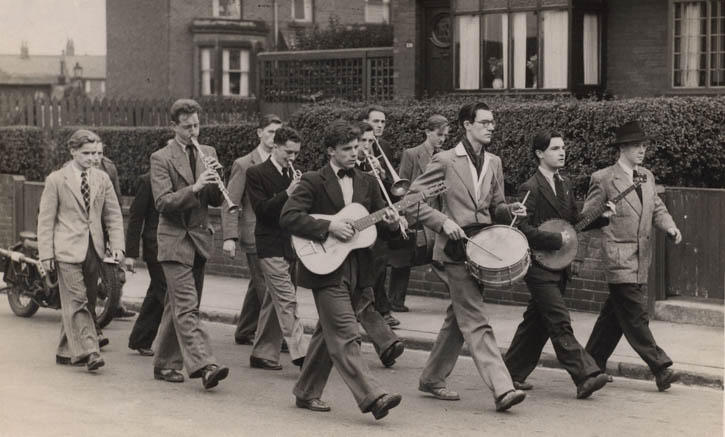 The Vernon Street Ramblers marching to the funeral of Roy Greenwood on 10 September 1949.  Roy, who died aged 21, had had played piano with the band. The band members are Alan Cooper (clarinet), Ed O’Donnelee (trombone), Jimmy Leonard (trumpet), TrevorBell (guitar) and Diz Disley (banjo). 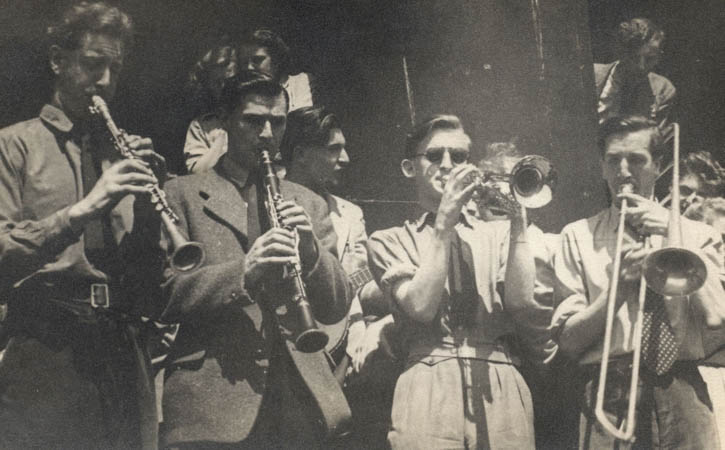 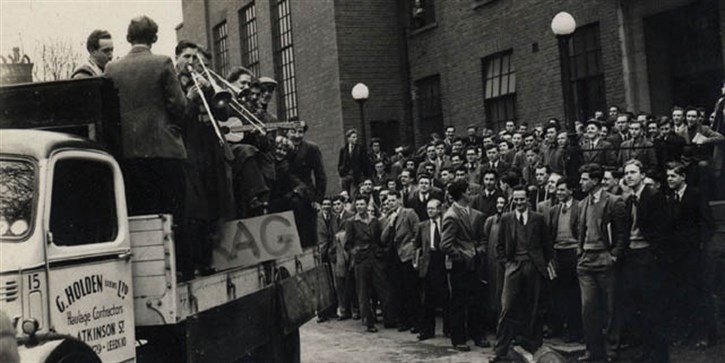