Dr Tom Attah, Course Leader for BMus (Hons) Popular Music Performance, has played the gig of a lifetime at the home of one of his musical heroes.

A widely-travelled blues guitarist and singer, Dr Attah was invited to perform at the London flat where Hendrix composed some of his most memorable songs. 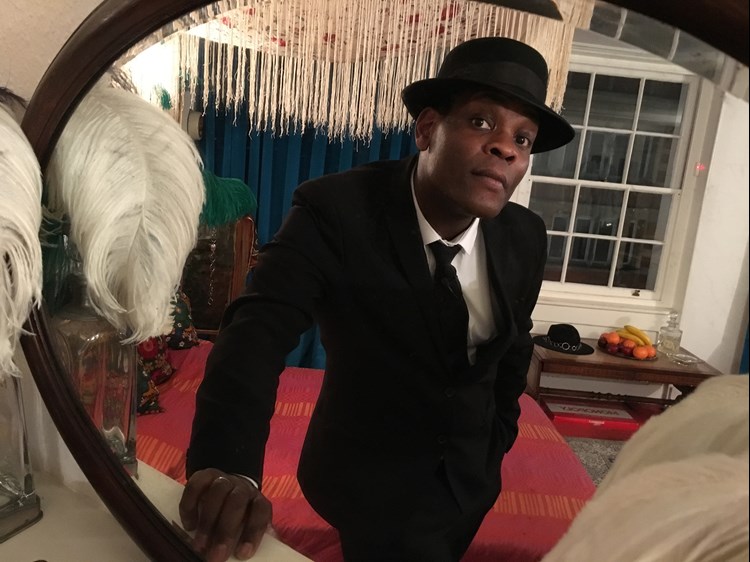 Dr Attah said: “Playing a set in Hendrix’s London home was an incredible experience. He was at the height of his powers when he lived in the UK, and the songs he wrote when he lived there changed the course of music. His contribution to music and culture is immeasurable - just about every musician making music today will have been influenced by Jimi Hendrix or his legacy in some way.”

Dr Attah is well-qualified for such a gig, having played at venues across the globe, from Greece and the US to Russia and Germany. He’s even performed on the hallowed ground of Glastonbury Festival.

And Dr Attah already had links with the music legend, having provided the background music to the permanent exhibition at Hendrix’s flat, using an acoustic guitar.

The flat, where Hendrix lived from July 1968 to March 1969, is on the upper floor of 23 Brook Street in Mayfair. The main room of the flat where he lived, rehearsed and wrote new music has been restored as a permanent exhibition of his influence and legacy.

Hendrix was at a pivotal point in his career when he moved into the Mayfair flat, with the imminent release of his Electric Ladyland LP. He died a year later in a Notting Hill hotel, aged just 27.