Pencil levels were announced at the online New Blood Awards 2021 on Thursday 8 July.

Fe Sasson De Campos and Kiara Hambali won the Yellow Pencils for their work in response to an advertising brief for Coors Light aimed at 21-27 year olds. And final year student Selina Smyllie’s entry Lit on Beat responds to a brief set by publishing house Penguin. Selina’s work won the Black pencil which is the highest level of pencil you can achieve.

D&AD New Blood Awards are open to advertising, design, digital and marketing students, recent graduates and emerging creatives. The briefs are set by real clients and are judged by leading creatives in the field.

Final year students Kiara Hambali and Maria Fernanda Sasson were awarded New Blood Pencils for their work in response to an advertising brief for Coors Light aimed at 21-27 year olds.

Fe and Kiara's entry, Girls Night, Refreshed aims to celebrate women drinking beer in a realistic way. This takes an analogue approach, encouraging women purchasing Coors Light to stay ‘off their phones and in the moment’ by providing them with cameras to capture their girls night. The resulting images will be used by Coors to place women at the centre of their advertising campaign. 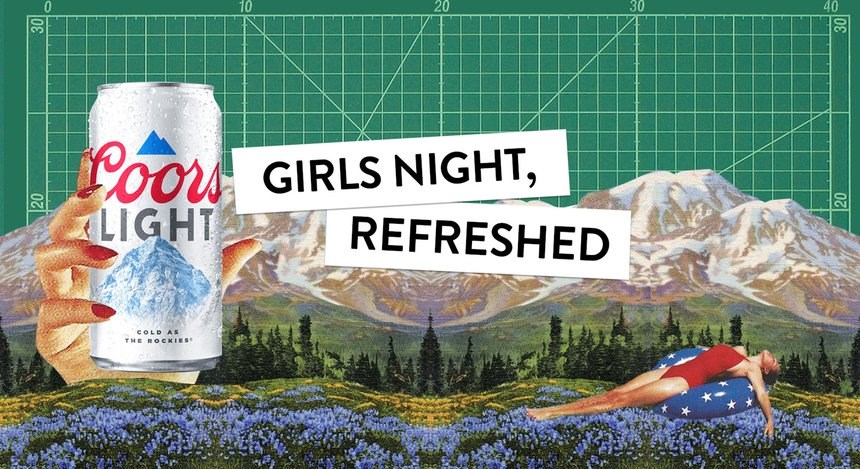 Selina Smyllie’s entry Lit on Beat responds to a brief set by publishing house Penguin. The brief asked for a reimagining of the role of books, reading and authors for secondary school students in the UK to enable young adults to engage with a wider range of books and authors who reflect a diverse and inclusive society.

Selina proposes a movement by Penguin to bridge the gap between poetry and rap, with the aim of demonstrating to young people that the music they listen to has poetry at its core. She explains:

“Due to the lack of racial representation in English Lit, black teens are understandably feeling neglected and less connected to books. And what about the teens who are also dyslexic, adding another barrier between them and the written world. These teens may not realise it but they are listening to poetry on a regular basis. They’re listening to rap. Rap originated from and represents black culture. Rap and poetry, is just a combination of organised sounds and rapping can help improve auditory processing and language skills. Lit on Beat is Penguins movement to bridge this gap between poetry and rap. To show these teens that literature is in the music they listen to. The movement aims to represent a culture that is being left out of the curriculum as well as helping those who struggle.”