The AoC Charitable Trust presents the Gold Awards to a select number of famous former college student alumni each year in recognition of the vital role of further education has played in their careers and continuing achievements. Past winners include Dragons’ Den investor and successful entrepreneur Deborah Meaden, Formula 1 driver Martin Brundle, actors Colin Firth and Idris Elba and TV gardener Alan Titchmarsh. 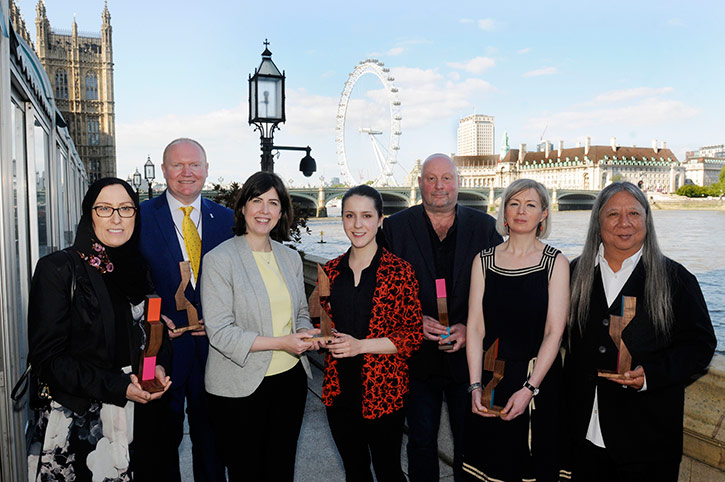 Rachael is currently a Creative-in-Residence on the BA (Hons) Art and Design Interdisciplinary) degree course at the College. She created her design from walnut, gold leaf and pre-cat lacquer, and the use of different colours ensures each award can be designed to be individual to the winner and their journey.

Rachael said: “The Gold Awards represent a diverse range of talented and valuable individuals. The dynamic shape allows nine awards to be produced with individual shapes, giving each winner an award that is unique to them. I used walnut to make the award as it is soft and tactile and the inviting colours will help the winners to remember their achievement for years to come.” 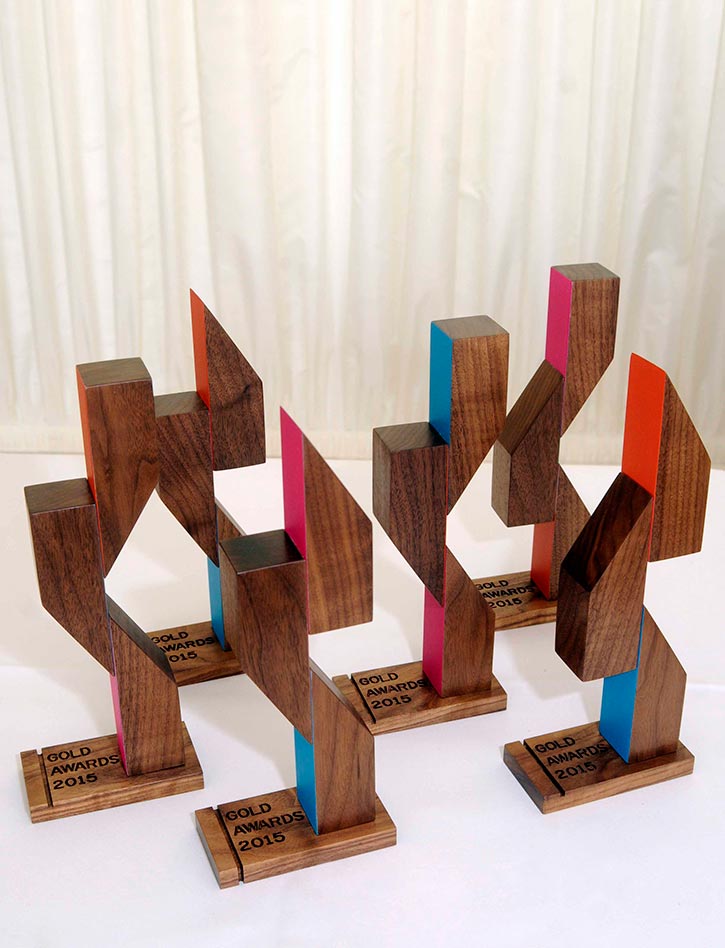 Martin Doel, Chief Executive of the Association of Colleges, said: “The design of these awards demonstrates the quality of work that college students attain and once again it was a tough decision in choosing who would design the Gold Award trophy. It is important to celebrate the work of students publicly, and I have no doubt that Rachael will take the skills she learned at college and go on to have a fantastic career in her chosen field.”

The awards honour former college students who have gone on to excel in their future career field. This year’s winners of the Gold Awards are: 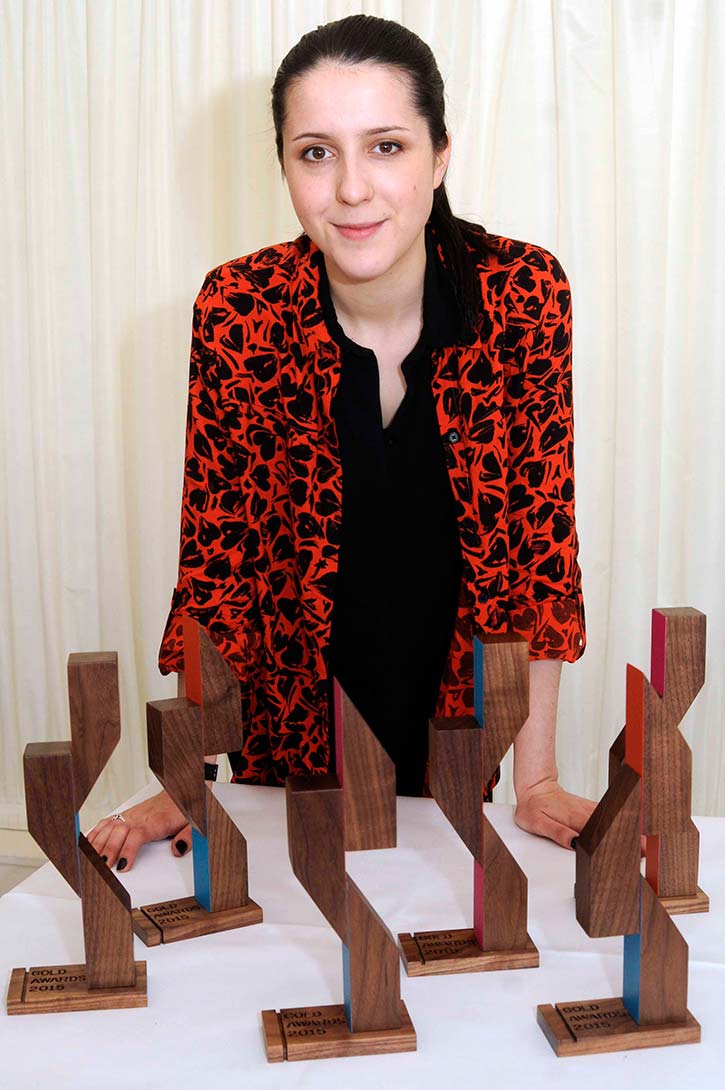