Taking place at a variety of venues across the city, with something for everyone; from avid comic book fans to those who have never picked up a graphic novel before! The festival is a celebration of sequential art in all its forms.

The College is involved in an array of events happening throughout the Thought Bubble Festival (see below); including a sell-out evening hosted by the College’s major events programme, Creative Networks and Thought Bubble, presenting:-

This event offers an exclusive chance to hear extended talks with three of the most celebrated cartoon/comic illustrators in the world. This will be a one-off opportunity to gain a unique insight into their varying careers and creative journeys while they are in the UK for Thought Bubble Festival.

Matt Forsythe (U.S.A.) is the lead designer on the hugely successful Cartoon Network show Adventure Time. He is also the award winning creator of Ojingogo, Jinchalo and has worked as an illustrator for publications such as the NY Times and Wall St. Journal.

Cameron Stewart and Babs Tarr. is currently best known as the co-writer artist of DC Comics’ fan-favourite revamp of Batgirl, and as the artist of the upcoming comic book sequel to Chuck Palahniuk’s Fight Club and Assassin’s Creed. He also created Sin Titulo, a graphic novel that won an Eisner Award and Shuster award (plus nominated for several others). Babs Tarr has done everything from editorial illustration to toy design and her clients include Cartoon Network, Hasbro, Disney and Brand X. 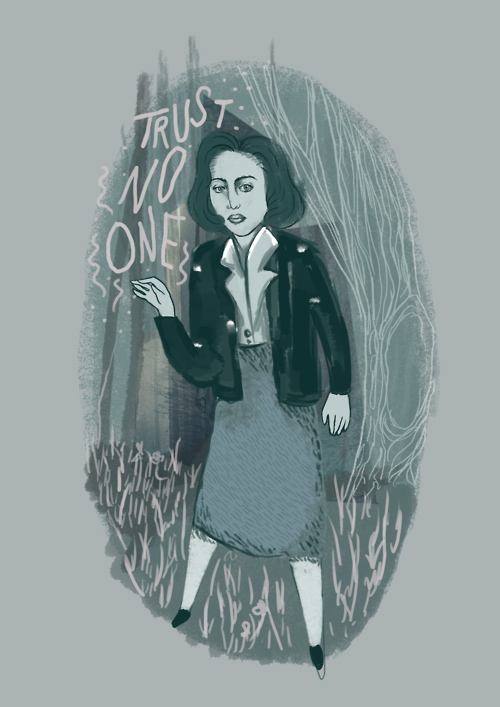 BA (Hons) Illustration students are exhibiting and selling their work as part of the special two day convention.

Adam Allsuch-Boardman and Rebecca Firth will be running an X-files themed table. Adam and Rebecca are big fans of the show and will be dressed as Mulder and Scully at the convention. To complete the X-files theme they have made a range of X-Files prints as well as some unrelated illustration work; there will be X-files merchandise, decorations and they have even made tinfoil hats which they will be giving out to customers –to keep those aliens at bay!

Hollie Smith and Rowena Sharp are also running a separate stall and selling their work. They will be selling magazines, little comics and some prints that they have made especially for the occasion. They’ll also be selling work from some of the other students on their illustration course. 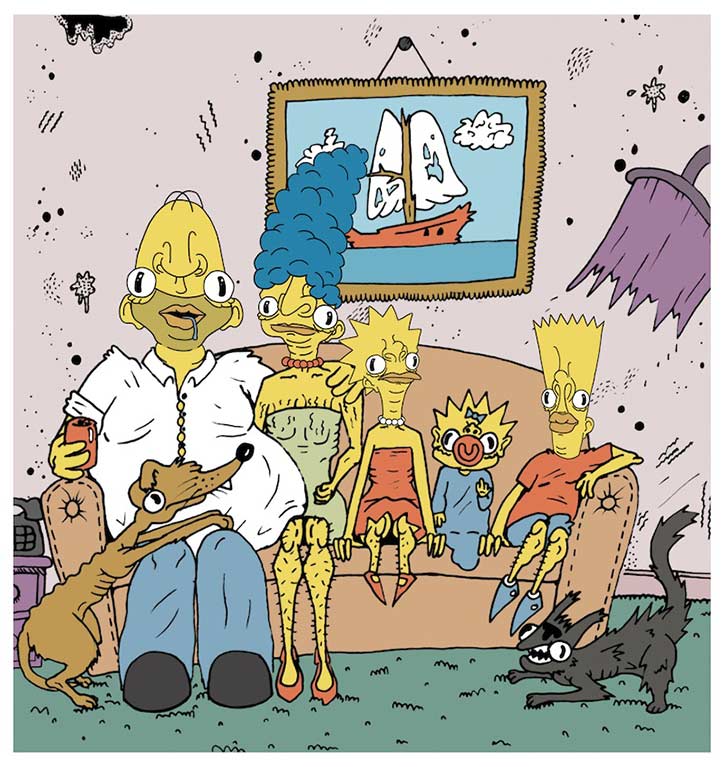 Hosted by Matt Hodson – Senior Lecturer on BA (Hons) Illustration at Leeds College of Art and Professional Illustrator:- Art school drop outs, which aims to be a lively panel discussion around the education of the comic book artist. Discussing the relationship between university education and a career in comics; the good and the bad! There is a passionate and enthusiastic panel of speakers including Kristyna Baczynski, Dan Berry, Isabel Greenberg, and Jack Teagle.

Thought Bubble teamed up with students from Leeds College of Art’s Extended Diploma course and young people from the Progression After School Art Club to create lanterns for the Kodama Woods project which will be exhibited at the Royal Armouries during the two-day Thought Bubble Convention 15th and 16th November.