The Texprint Awards were presented by renowned Italian Designer Nino Cerruti at Premiere Vision in Paris on the 17th September. The newly graduated textile designers captured the attention of the world at Indigo at Première Vision Pluriel 2014 who were selected to exhibit under the auspices of Texprint. 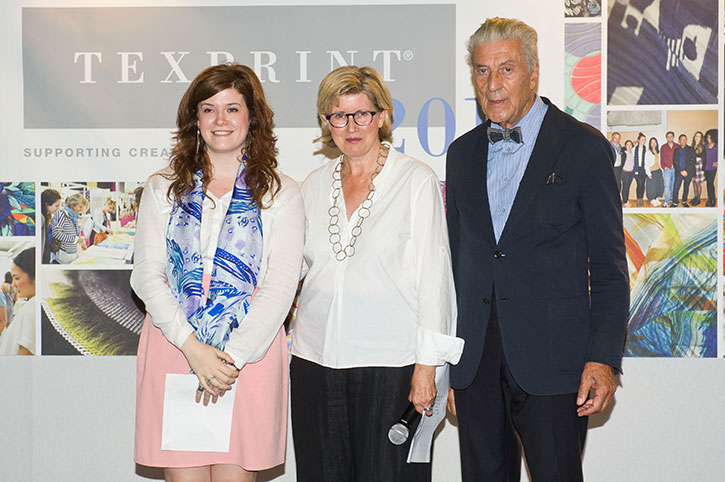 Charlotte won the Texprint prize for:-

COLOUR - for the most innovative use of colour. Her large scale paintings have created a positive influence on various environments. She also won the Lululemon Athletica prize, which was judged and announced on 9 July at the Texprint presentation in London. She received £1,000 and will be taking up a paid three-month internship at Lululemon Athletica headquarters in Vancouver, Canada. Charlotte was also shortlisted for the Texprint Pattern and Miroglio prizes.

We caught up with Charlotte following the Texprint 2014 Awards…

On winning the prize for Colour, she said:-

“It has been a bit of a whirlwind and I’m absolutely thrilled to have won the prize for colour at such a prestigious event. It was such a fantastic opportunity; I was introduced to lots of industry professionals. I felt a bit overwhelmed, but I am proud to have won straight from a BA (Hons) degree as the other winners have all completed their MAs. Paris was amazing, I got to sell work to companies all over the world and meet even more interesting people that will hopefully open up more international opportunities” 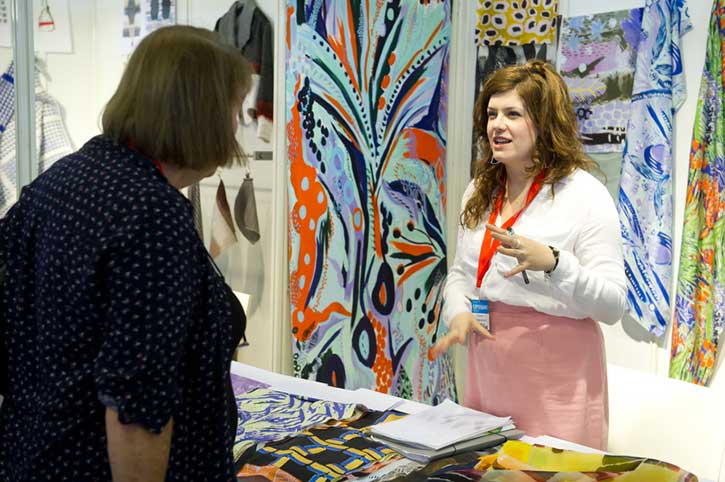 What work did you have to submit for it and what is your creative process?

“I didn’t submit certain pieces as such but took loads of my work to the interview, not just finished pieces but Texprint like to see samples and sketchbooks to show your developments and ideas. I have done a lot of research into colour and that's a really important part of my work, everyone has been really interested in that aspect and said it really shows which is great!”

What are your plans for after graduation?

“My plans... I will be travelling some more as I get to spend seven weeks in Italy as part of the ComON traineeship scheme, as well as trips to Vancouver and New York as part of the Lululemon prize I won at Texprint- they are lovely so I am really excited to be working with them for a few months. As part of my New Designer of the Year 2014 prize I have legal and accounting support, which is great for this year as I am working on creating my own brand as well and doing collaborations with various companies which will be in the shops next year!

So I have a busy year but I'm very much looking forward to it.”

Anything else in the pipeline?

“I am planning on doing ONE YEAR ON at New Designers next year and also exhibiting with the society of dyers and colourists (SDC) next year. The SDC are doing a show with people that received their bursary scheme for use of colour (which I won in my 3rd year), so I will hopefully do that if I’m not in Vancouver!”

Charlotte was awarded the Society of Dyers and Colourists Main Bursary and also won the 2014 New Designer of the Year award at New Designers in London. Obsessed with colour, the SDC bursary enabled her to push her research and investigations into colour and acted as a great origin for her design practice.