Leeds Arts University and Henry Moore Institute are marking 100 years since Yorkshire’s own Henry Moore started studying sculpture at the University, then known as Leeds School of Art.

The anniversary coincides with the unveiling of a set of the artist’s notebooks that will be shown in public for the first time at Henry Moore Institute from Tuesday 13 October.

As part of the celebrations, the Henry Moore Institute and Leeds Art University are linking up to introduce students to Henry Moore. Experts from Henry Moore Foundation will be offering Leeds students the opportunity to examine the work of the sculptor, explore where he came from and the influences that led to him becoming an internationally renowned artist. The partnership aims to encourage the sculptors of the future. 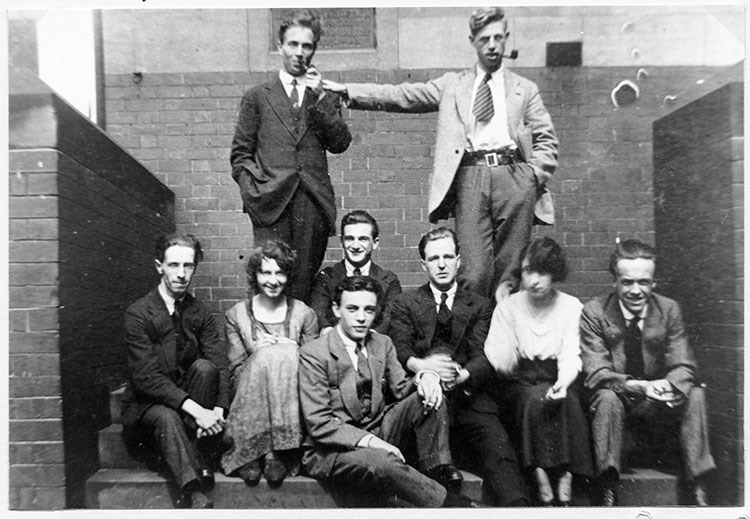 Henry Moore (1898–1986) is widely recognised as one of the most important artists of the twentieth century, known for his semi-abstract monumental bronzes, which can be seen all over the world. 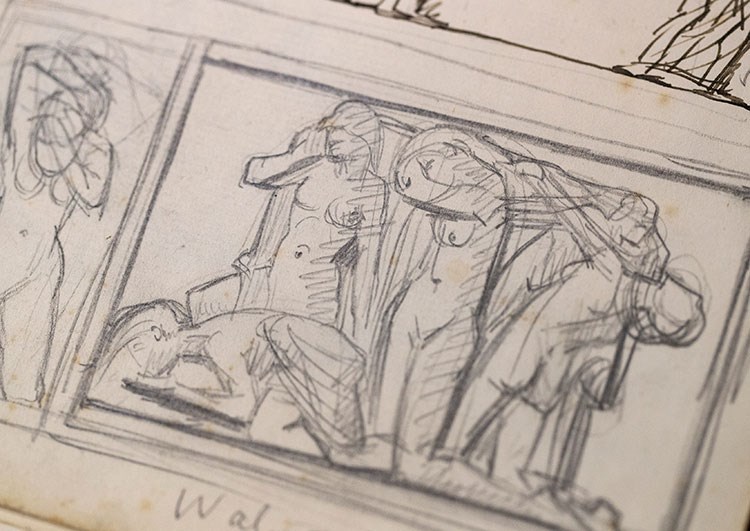 Following World War One the artist received an ex-serviceman’s grant which enabled him to enrol at Leeds School of Art, Moore’s first step on his journey to becoming a world-renowned artist. In September 1920, he started a year-long sculpture course where a sculpture department was set up with Moore as the sole student. The art school appointed a new sculpture teacher Raymond Cotterill, primarily to teach Moore. 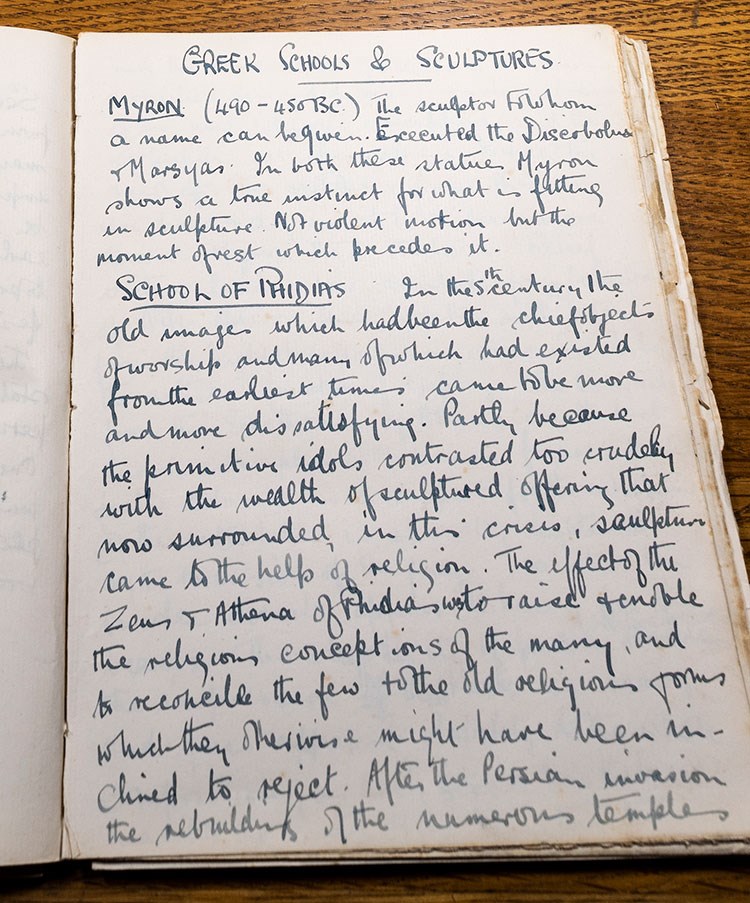 The results of this one-to-one tuition can be seen in his notebooks at the Henry Moore Institute, which have been uncovered for this landmark anniversary. Full of sketches of classical sculpture and architecture, along with handwritten notes from his lectures, these notebooks give a unique insight into his formative training and reveal details of the course which focussed on the history of sculpture and gave him formal classical knowledge.

Professor Sheila Gaffney, who teaches sculpture at Leeds Arts University today, said “Moore’s fascinating notebooks highlight how different the teaching of sculpture was in the 1920s compared to the present day. A focus on highly specialised craft skills and methods, alongside learning of a singular agreed history, has been replaced by asking questions about the act of sculpting within a social and geographical contemporary context. Sculpture is taught as a possible outcome for an idea rather than about acquiring prescribed knowledge and skills.

“Moore’s practice of recording his personal thoughts in the notebooks, which might be described as holding scraps of the artist’s unconscious, also reveals an important similarity with today’s students. They are encouraged to capture daily thoughts, observations and ideas in order to develop a set of building blocks that become the sculptor’s lexicon.”

Laurence Sillars, Head of Henry Moore Institute adds “Leeds was clearly important to Moore, it is here that he learnt the foundations that led him to become arguably the most influential British sculptor of the modern era. We’re proud to be continuing his legacy here at the Henry Moore Institute by providing an international centre for sculpture in the city where he started his training. His desire to establish the Institute here addresses what he saw as a shortfall of places to experience sculpture in the city where he studied”.

Henry Moore’s notebooks will be on display in the Henry Moore Institute’s Research Library from 13 October to Friday 18 December 2020.