Each year The Kenneth Armitage Foundation gives two awards to final year students specialising in sculpture at art schools with which Armitage had a close association. Kenneth Armitage, the namesake of the prize, studied at the University from 1934-37 when it was still Leeds College of Art. 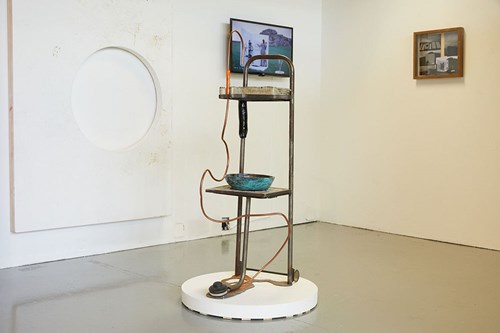 Sophie Heldt was in Tesco Extra when she found out she’d won one of the two first prize awards. “I don't think I’ve ever felt so overwhelmingly zesty and emotional at once,” she says.

The judges; trustees from The Kenneth Armitage Foundation; say of Sophie’s winning work: “[Her] work is exceptional. Ranging from drawing and painting to sculpture, writing and film, it is driven by an intensely playful curiosity and imagination. She impressed Trustees as an artist with a strong poetic vision.”

“Feeling believed in,” is Sophie’s response to this glowing feedback. “My mind is buzzing with ideas as I’m sure you can imagine. I am incredibly excited for mentoring from the foundation. I keep saying to myself, ‘I could do anything now.’” 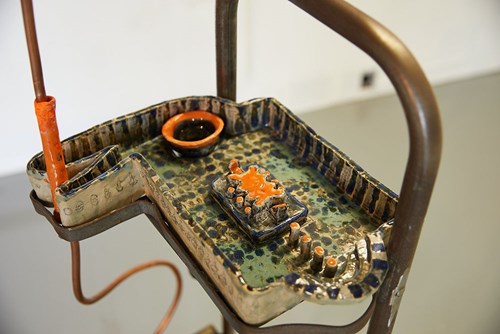 Sophie’s work is inspired by artists like Joan Jonas and Tony Hill, as well as the minds of Italio Calvino and Godfrey Reggio. “I love scientific surrealism,” she explains, “being in a semi-permanent state of excited confusion I feel like I am teaching myself the truths of the world through my work. I have a strong connection to water after many near death experiences deep diving and in the waves. Being submerged is a peaceful feeling for me and water is often trickling through my work or at the heart of the piece.”

Sophie felt she was lucky to win amidst fierce competition. “I wouldn’t have been surprised if anyone else who applied from Leeds Arts University won this prize,” she says. “They are all so deserving of it, especially Amelia Klein, Nis Beck and Oli Dickinson,” she says of her three classmates who placed as runners up. “[They] are good course mates of mine.” 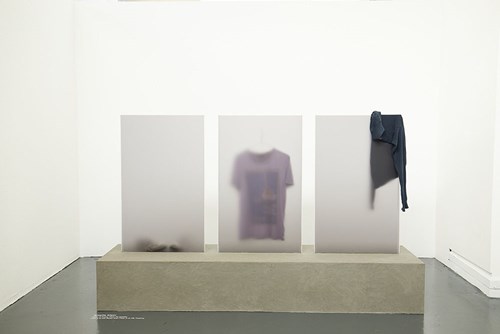 Amelia was thrilled to be a runner up, saying; "Entering this competition was just amazing for my confidence. Having to speak about my art and the reasons for making it was difficult but incredibly worth it. Huge congratulations to Sophie, Oli and Nis!" 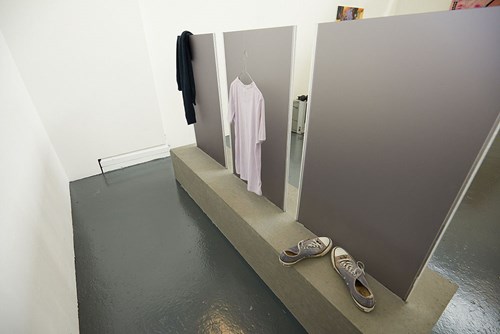 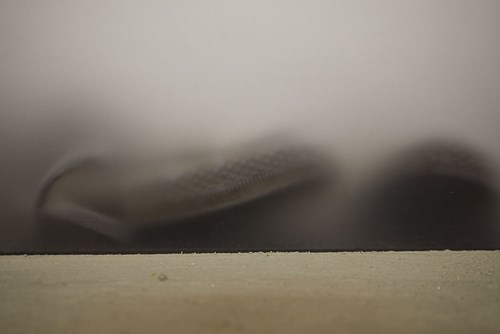 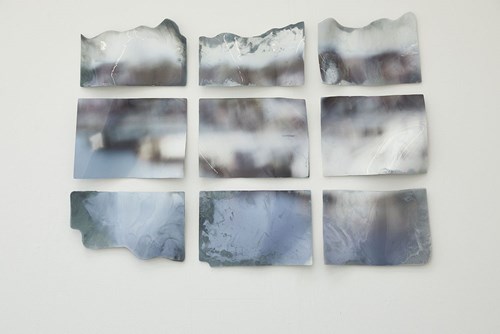 Nis says of her work: “My practice explores places of in-betweenness through dynamic forms of mixed media and resin sculptures, creating liminal spaces between reality and imagination. Within this realm, questions of identity, movement and boundaries are voiced through the ambiguity of pinhole photography. The collision of two-dimensional images and three-dimensional materials bridges the idea of places as anthropomorphic entities with the understanding of us as liquid selves.” 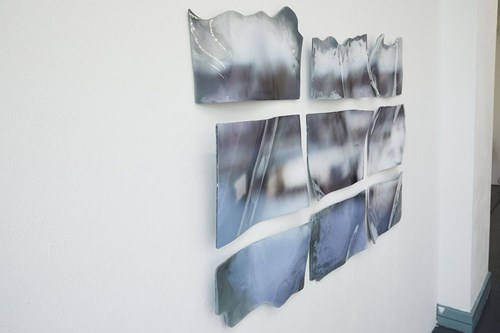 Nis adds: “In essence, my artworks give space to dive deep into your own memories and imaginations of certain environments, allowing you to linger in this created liminality. They embrace the constant flux of being through core subjects of interconnectedness, bodies of water and subtle movements.” 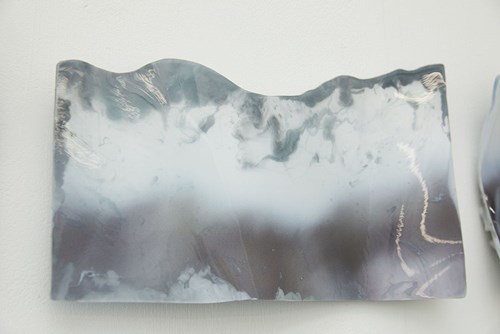 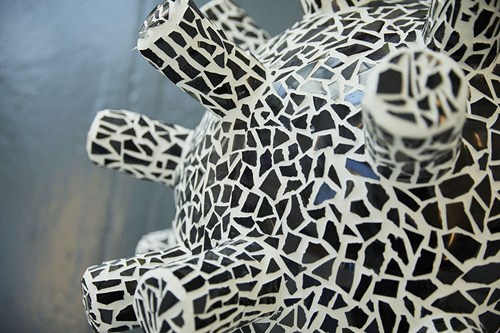 Oli Dickinson says of being placed as a runner up: “I am immensely proud that my work is being well received by the audience. I feel deeply emotionally invested in my creations and having them appreciated high enough to be a runner up makes me feel very accomplished. Being selected as runner up has not only boosted my confidence in my abilities but also is encouraging to keep going and searching out opportunities.”

Oli’s artwork comes from a place of intense emotion surrounding her relationships with her father figures, Dad and Step-Dad Dan, and their individual battles with cancer. 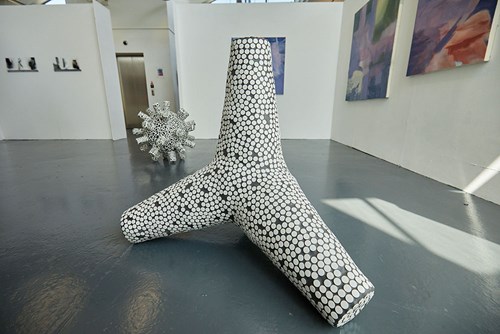 She says of the work: “Their (Dad and Step Dad Dan) similarities and differences in personalities and our relationships are represented through a monochromatic colour scheme and geometric shapes; based on a tetrapod sea defence and a sea mine. These shapes are both in reference to the sea, a nod to my hometown of Southend-On-Sea, but serve different purposes; one attacks and one defends, one rejects proximity and the other thrives amongst others of its kind. Each of these mosaiced pieces are called ‘Dan’ and ‘Dad’ as they represent those people.

My cathartic creation process has created a tool of therapy for my personal life, particularly dealing with the death of my step dad in February 2022, which sparked a lot of inspiration. The act of catharsis as art therapy has been at the forefront of my abstract work.” 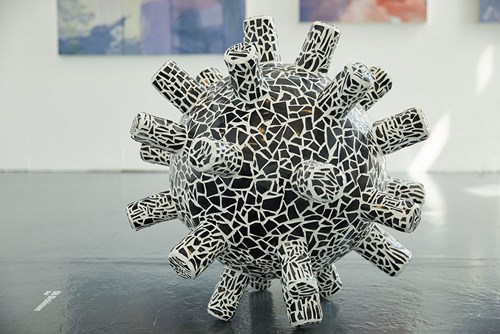