Two works by artist and alumni Anthony Earnshaw have been donated to Leeds Arts University by Gail Earnshaw in memory of her late husband.

The donations to the collection include the boxed assemblage I Didn’t Realise Dark Shadows Would Follow Me to This Place (2000) and an early watercolour from 1958 entitled Two Ghosts. 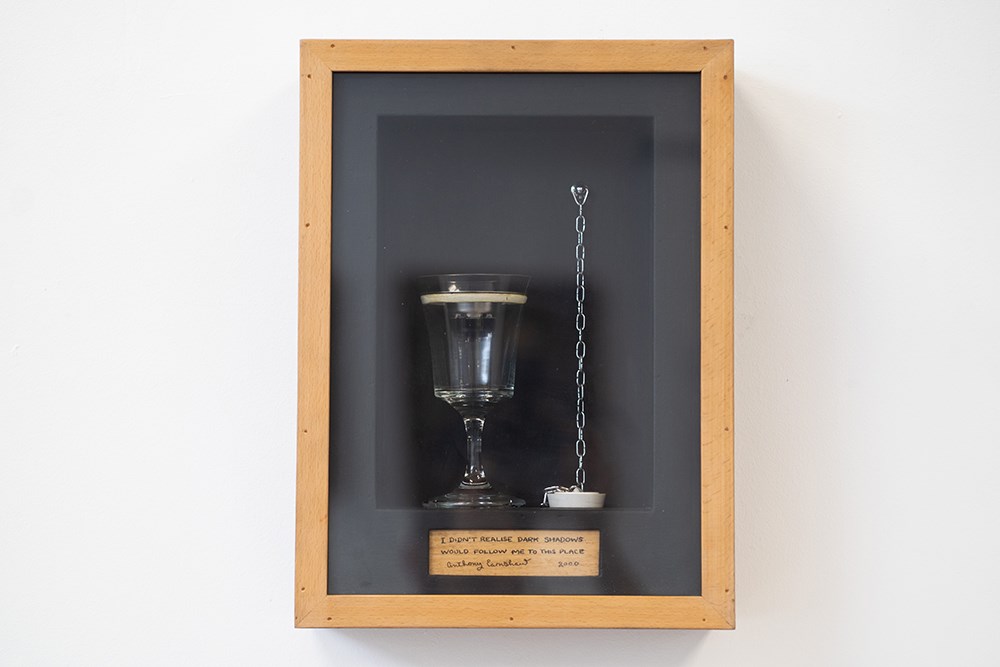 Anthony Earnshaw, I Didn’t Realise Dark Shadows Would Follow Me to This Place, 2000, Boxed Assemblage. Photograph by Hamish Irvine.

Anthony Earnshaw (1924-2001) was born in Ilkley, West Yorkshire, and ranks alongside Patrick Hughes and Glen Baxter as a key contributor to the 1960s and 70s avant-garde activities in Leeds.

Earnshaw worked as an engineering fitter and later a lathe turner before becoming interested in Surrealism in his 20s. In the 1950s he worked part time at Leeds College of Art, later teaching at Harrogate and Bradford College of Art. 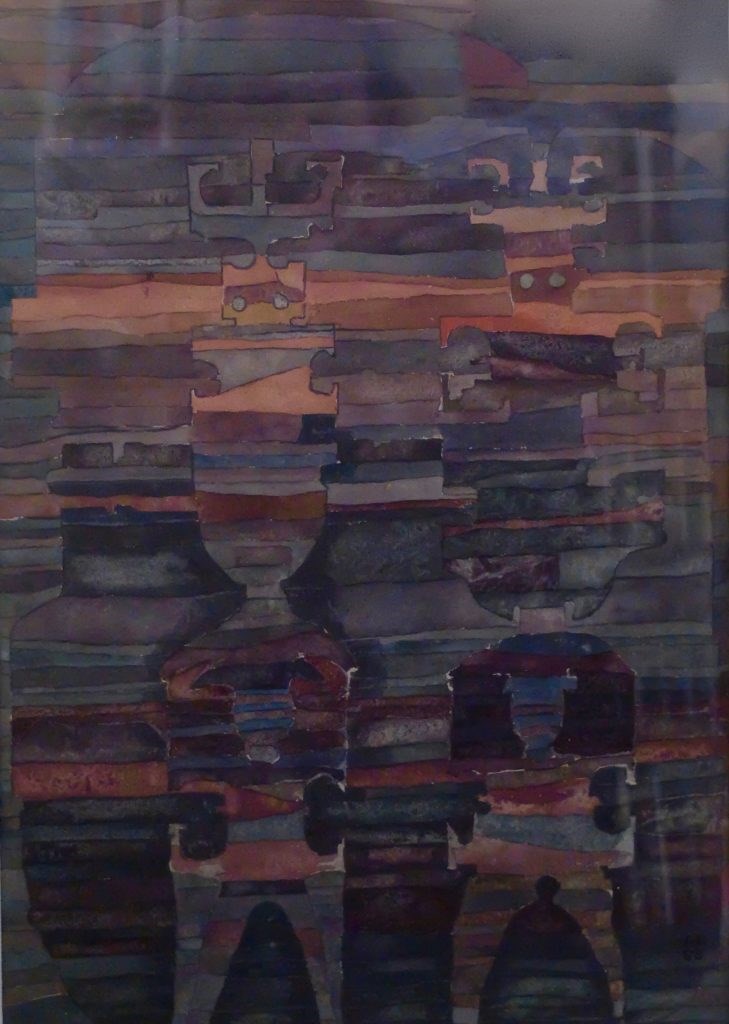 Earnshaw collaborated with Eric Thacker to publish the cult illustrated novel, Musrum in 1968. It was followed by a sequel, Wintersol, 1971, and Seven Secret Alphabets,1972. Other publications include a cartoon, in the Times Educational Supplement, a wheeled bird named Wokker. In summer 2017, the University hosted a major solo exhibition of Earnshaw entitled The Distribution of Wishes in collaboration with Flowers Gallery, London.

In 2016, Patrick Hughes set up The Anthony Earnshaw Bursary in memory of his friend. The bursary is awarded annually to Leeds Arts University students studying the Access to HE Diploma.