CreateCOP25 was created by artist management agency and production company, Art Partner, to highlight rich and diverse visual stories on climate change, and to engage the mainstream on issues that often feel overwhelming, terrifying, or just too far away to fully comprehend. 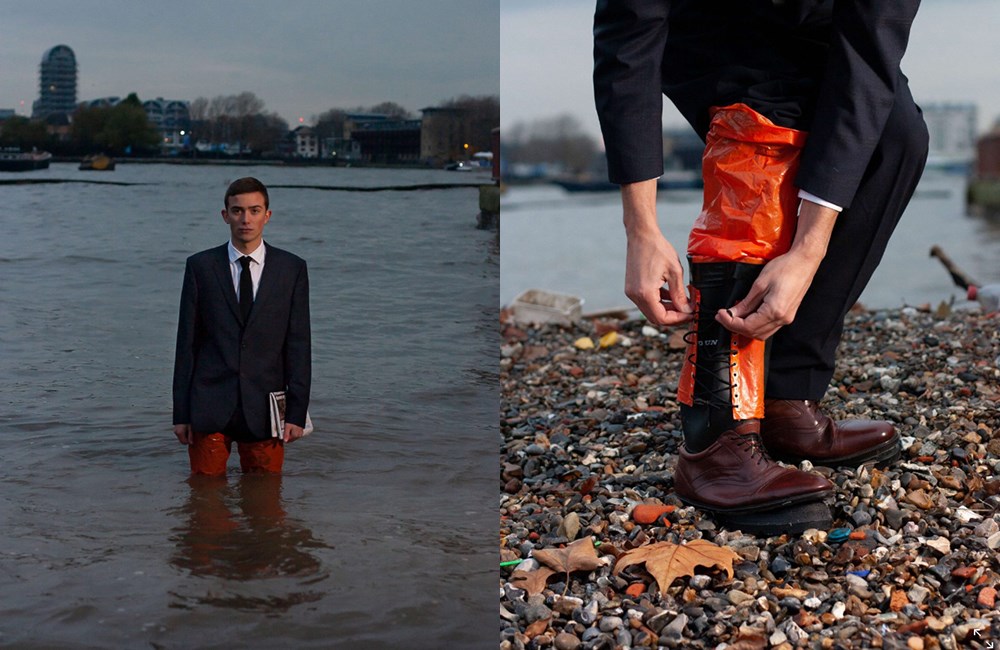 Hundreds of young creatives from 40 countries submitted work ranging from fashion design and sculpture to film and photography.

Nicholas won with his formal suit for people to wear during flooded commutes. The suit was developed during his Foundation Diploma and comes complete with waterproof brogues and waders hidden underneath suit trousers. Nicholas said:

‘Concerned by the floods in Yorkshire over the past few years, I wanted to test the space between these old and new worlds, and to see how the suit – a garment with a strong sense of tradition and history – fares against the threat of unpredictable weather. The resulting work may be darkly humorous, but this is fast becoming reality. We have to rethink our skins. So many of us are conflicted within ourselves about the climate crisis as we try to balance our heritage and current way of living with how we will have to change in future.’

Jury member Livia Firth said 'Nicholas Bennett’s work so cleverly portrays a future in which climate change affects even our most mundane daily routines. His thought-provoking visuals encourage us all to think about the world we will leave to our great grandchildren if we do not act now.'

Nicholas Bennett will receive a $10,000 prize towards a future creative project responding to the climate crisis. The five runners-up will receive $2,000 each towards future projects.