A ceremonial mace is a highly ornamented staff, carried before high officials in civic ceremonies by a mace-bearer. The mace symbolizes the authority and independence of a chartered university and the authority vested in the provost. The maces will be carried in front of the academic procession by a macebearer at the University graduation ceremony.

The maces have been crafted in cherry wood to replicate the original University mace. Each bespoke piece is turned on a lathe and finished carefully by hand to create the finished piece. 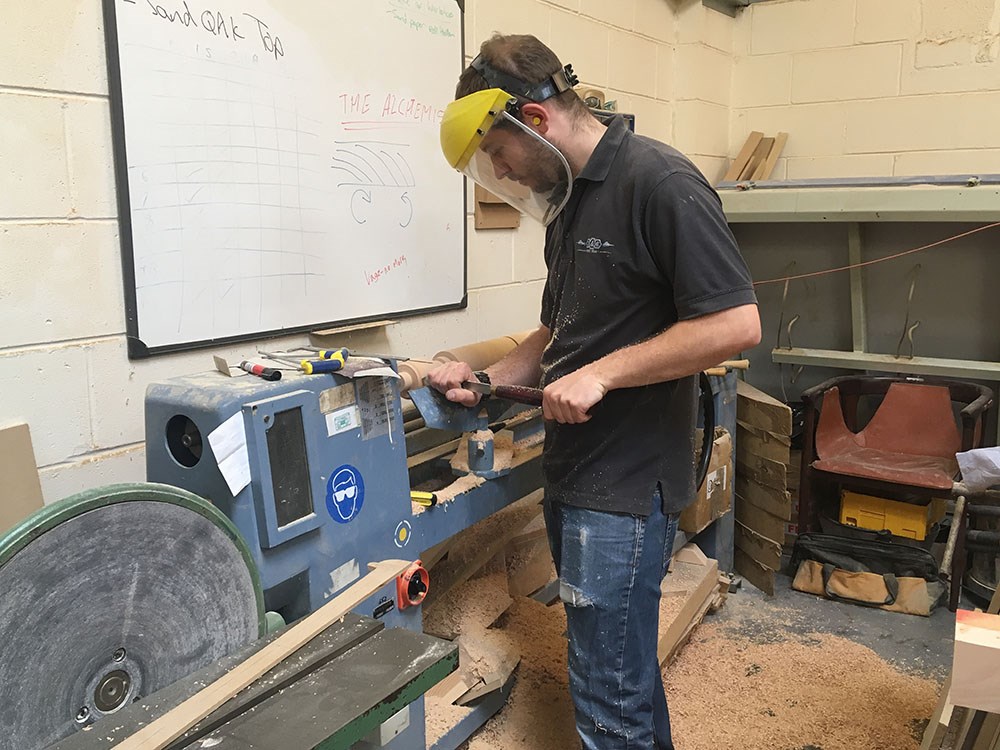 Jake Coleman said “This is the first time that we have been asked to create a ceremonial mace, we turn wood frequently, usually for more ornate table or chair legs, for a mace the standard of finish has to be much higher. It has been great to be asked to create a bespoke object for the University where we studied.” 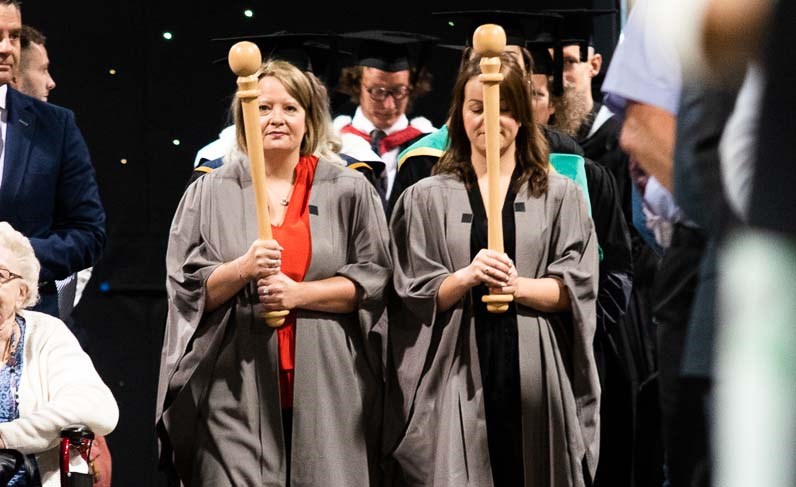 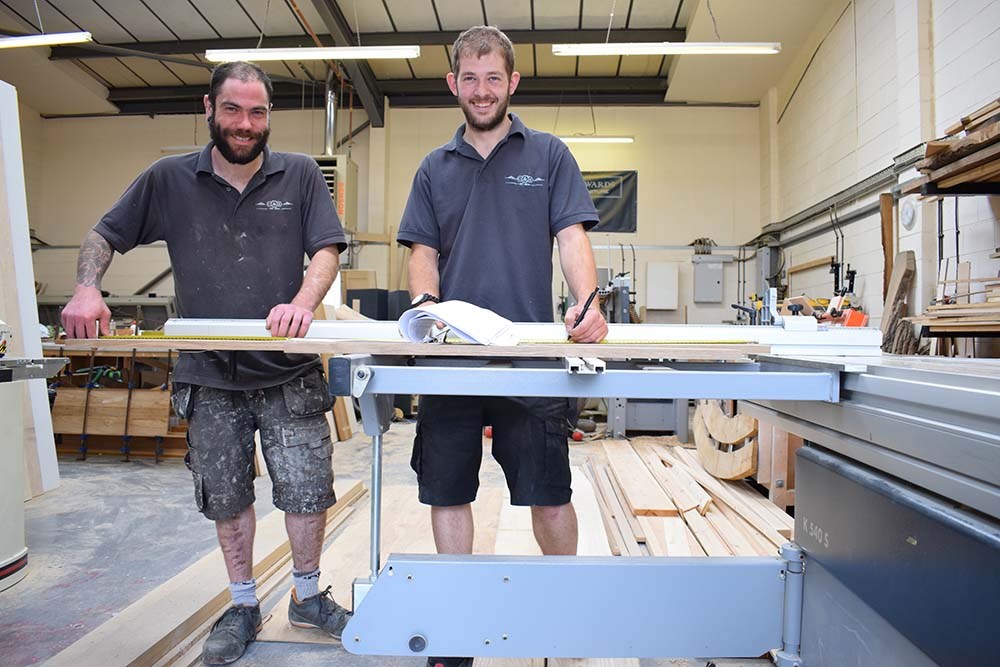 Image: Alumni Jake Coleman and Gareth Edwards at their workshop in Leeds.

The pair founded the company in November 2014 in a small basement workshop in a converted Mill building and later moved to their current, larger premises in Leeds.