Claire Bentley-Smith, a graduate from BA (Hons) Visual Communication 2001, sculpted the replica Duke of Wellington statute that took centre stage at the Opening Ceremony of the Glasgow Commonwealth Games. 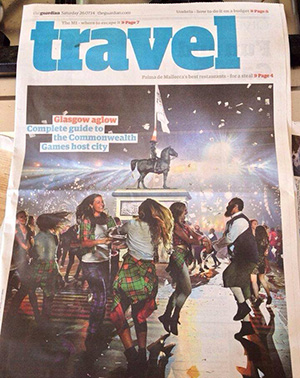 After graduating, Claire became self employed as a freelance artist and she has been involved in some varied artistic projects over the years, as well as teaching life-drawing on the Visual Communication degree course here at the College.

Glasgow city centre's statue of the Duke of Wellington famously wears a traffic cone hat come rain, hail, or shine. Organisers tipped the hat to the modern tradition by parading Claire’s Iron Duke replica around the stadium, as he was surrounded by dancers with the traffic cone atop his head glowing bright.

As well as working as a solo artist and teacher, for the last 18 months Claire has been working freelance for a company called Q Division Ltd who make theatre sets and 3D props. Claire is responsible for the polystyrene carving and scenic painting, which she creates from their workshop in Leeds. 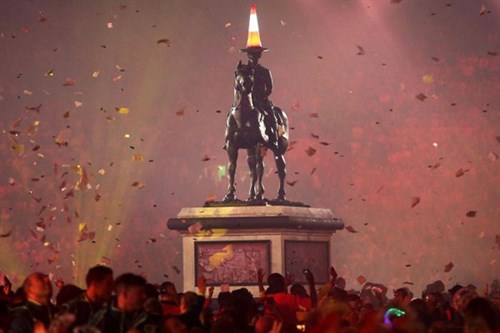 It was a really proud moment for Claire who told us, “Q Division were asked to do the large scale props for the Commonwealth Games opening ceremony by local company Stage One, so we produced many of the props for the opening scene. It was only 10 days before the event that they called to say they needed the Duke of Wellington statue from Glasgow re-created, so, as the horse mad artist, he was my project and I worked night and day to get him done! After a lifetime of being horse mad and constantly drawing them it really felt like I was in my element doing the carving and I really enjoyed the buzz of working under pressure with the Q Division team of helpers. It was very exciting to see him at the ceremony and in the papers following the Opening Ceremony.”

“Drawing and painting were my focus since childhood, but following University this expanded into large scale mural painting, costume making and styling for photo-shoots, 3D prop making, event dressing and, more recently, body painting and live art at events. As well as the teaching at Leeds College of Art I have also tutored in art from my home as well as running a monthly informal drawing club in Leeds. ”

You can see a photo diary of how the horse was made here and find our more about Claire’s work on her website www.poshfruit.com. 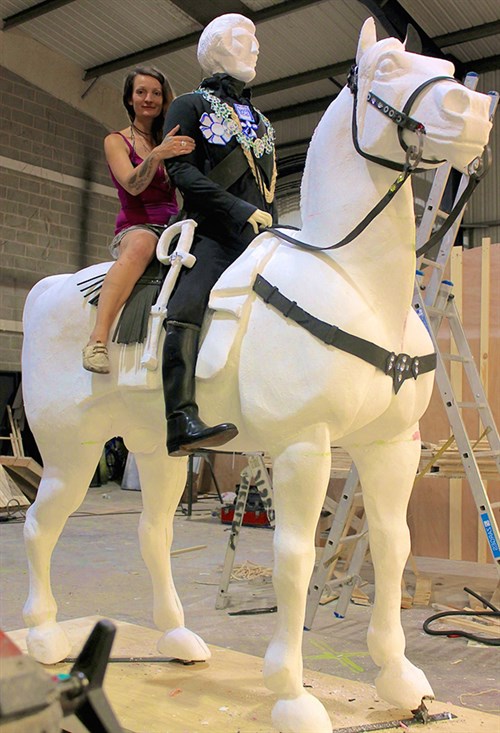