Access to HE student donates artwork to St George’s Crypt

David Moss, an Access to HE student at the University, has found a permanent home for his end of year work at St George’s Crypt, a charity in Leeds working with the homeless and vulnerable, and people suffering from addiction.

David’s work, entitled JEZ 44, is a life-sized plaster clothing sculpture of a homeless person exhibited at the Access to HE final year show. During in his research for the work, David made a connection with St George’s Crypt, displaying their leaflets alongside his work at the show. Afterwards he approached the Crypt to see if they were interested in housing the sculpture. He told us:

“It seemed right to donate him to the Crypt and they were delighted to put him on permanent show in their entrance hall.”

JEZ 44 is now on display in the entrance to St George’s Crypt, alongside David’s annotation which reads:

It struck me that when we walk through the city, we are invited to look up at the rich and famous, who are immortalised through statues on plinths.

We don’t always notice the rising number of street dwellers, real people, living at our feet.

Sometimes we walk by.

We can’t help them all.

‘JEZ 44’ is a representation of what we see every day.

Jez is short for Jesmonite; one of the types of plaster used in sculpture.

44 was the average age of male rough sleepers dying on the UK streets in 2018. 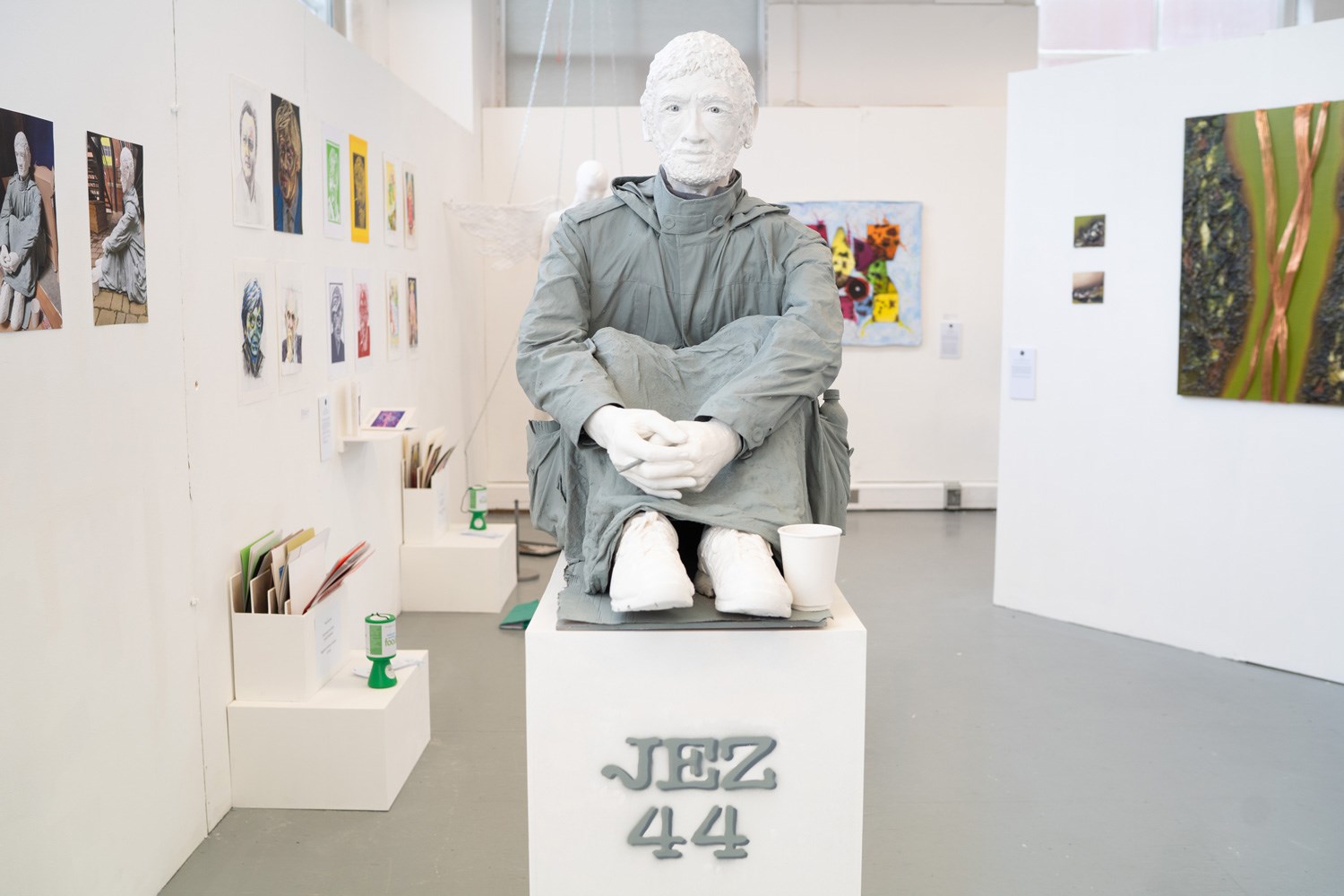 Image: JEZ 44 at the Access to HE end of year show. Photograph by Hamish Irvine. 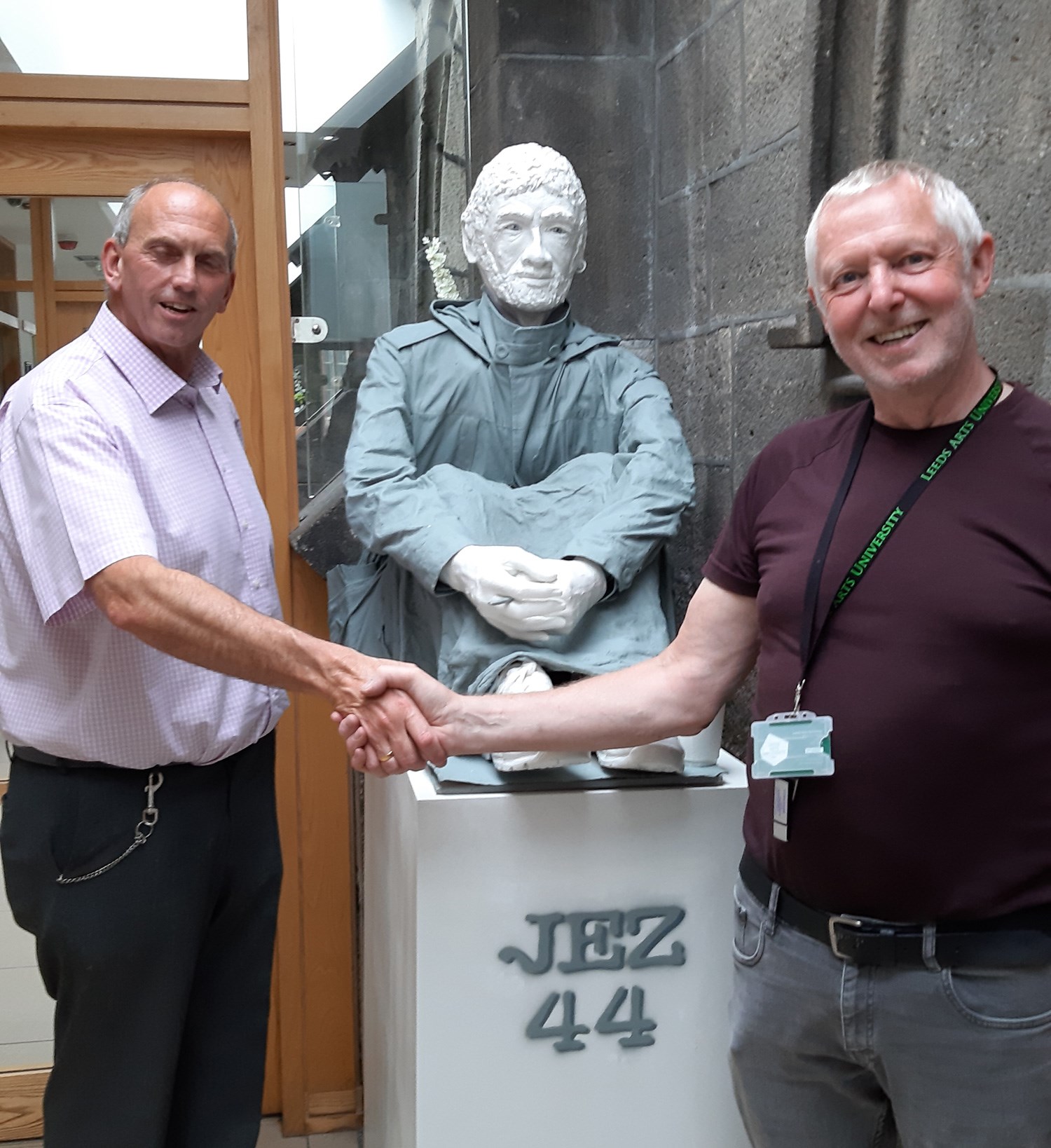 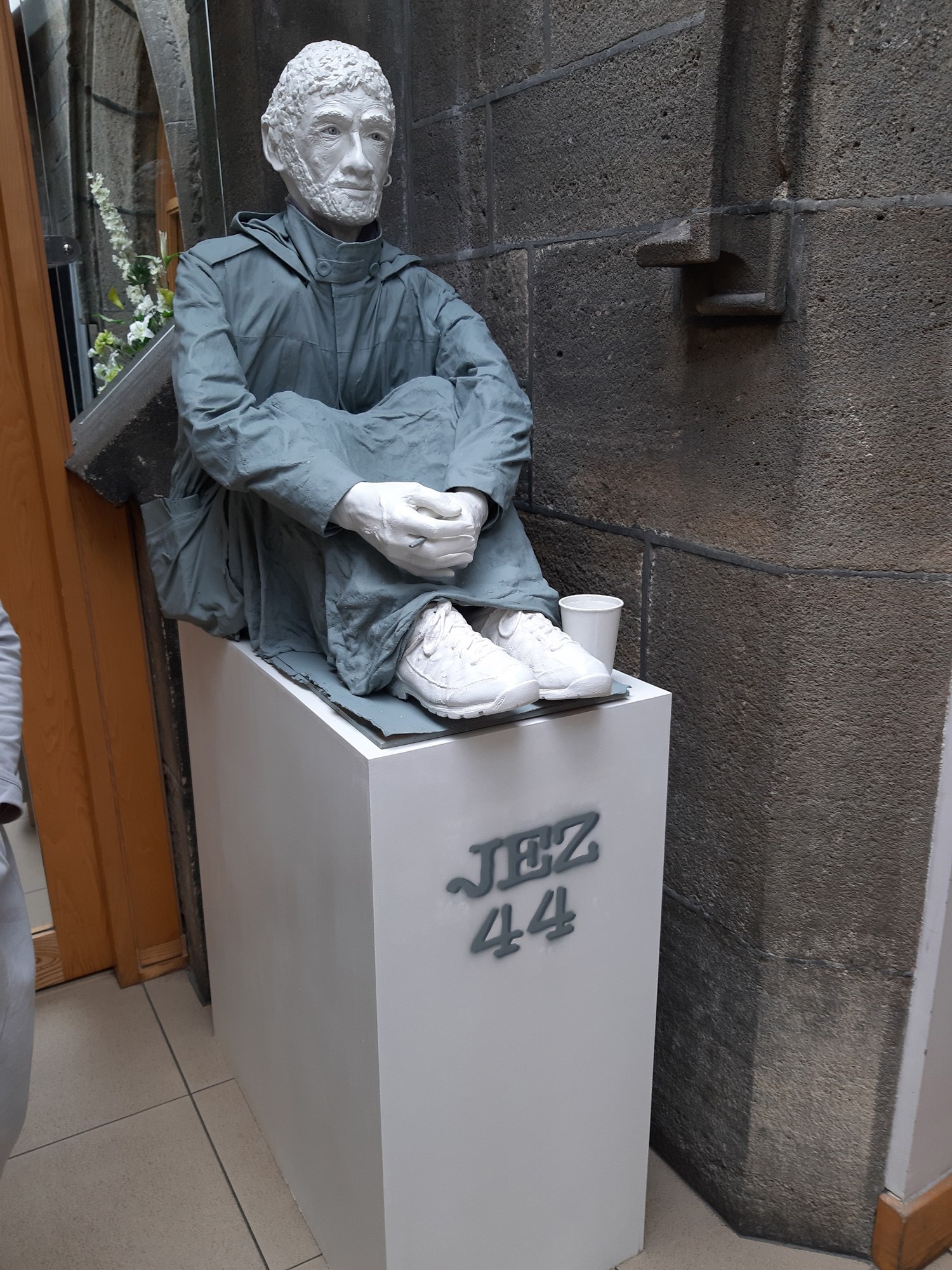 Image: JEZ 44 in his new home in the entrance to St Georges Crypt.