Kai was Visual Director and Communications Director of the opening and closing ceremonies of the 8th ASEAN Para Games (APG, with ASEAN referring to the Association of South East Asian Nations) which took place on 3rd and 9th December 2015.

The APG — the ‘Paralympics’ for South East Asia — welcomed 3000 athletes and officials from 10 nations. Commissioned by Sport Singapore and directed by Philip Tan, the multimillion-dollar, multi-media ceremonies, entitled Celebrate the Extraordinary, was attended by Heads of States, broadcasted to 600 million people in the region and live-streamed to many more. Created with and for people of all abilities, the ceremonies were a resounding success. The games were said to have set a new precedent not just for Para Games in the South East Asian region, but with broader implications for inclusivity.

Firsts include the opening ceremony being beamed live to Singapore, the Philippines and Thailand, as well as being accompanied by live interpretation and live captioning. Two years in the making, the ceremonies generated a range of outputs, such as commissioned films and programme booklets (which included Braille versions).

See her selection of images here 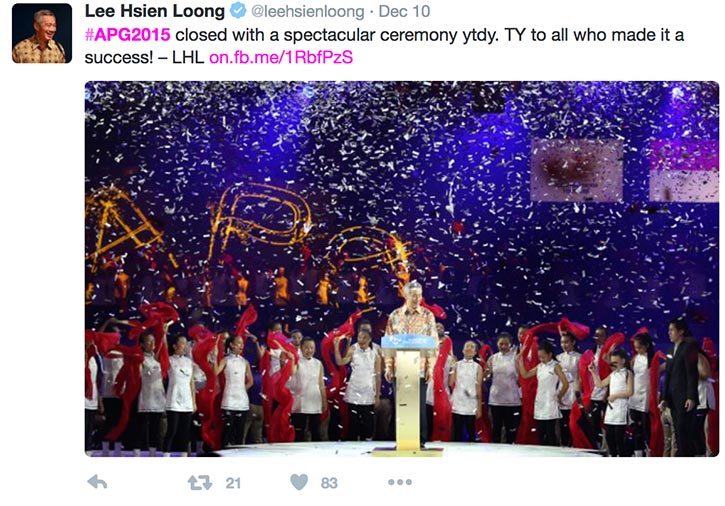