In February and March 2014 Sharon Kivland took part in a new series of “Library Interventions” at Leeds College of Art.

Her response to our own call for proposals was to extend a further invitation, asking artists to carry out research on her behalf, in a Master/Slave relationship (after Hegel), working in our library, reporting back to her and eventually documenting their findings. At the culmination of her Intervention, Sharon and her sixteen agents presented the library with their “Reports on Knowledge”. This exciting collection of documents, books, a library game, map and film was donated to the library’s Artists’ Books Collection where it forms a separate special collection. 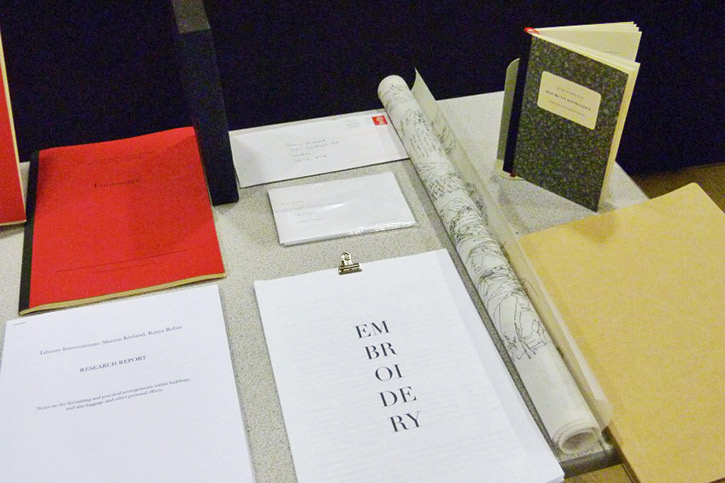 Sharon is a Reader in Fine Art and Principal Lecturer at Sheffield Hallam University and a Research Associate of the Centre for Freudian Analysis and Research in London. Her books in the library’s collection include the series “Freud on Holiday”,the exquisitely hand-drawn text of “Ma Nana: une Histoire Naturelle” and the elegant series from 2013, “Reproductions III: Du Monde/Of the World”.  All of these will be exhibited alongside the works produced by her agents for her Library Intervention.