During each day’s painting, colours which have been mixed are revisited and recorded. 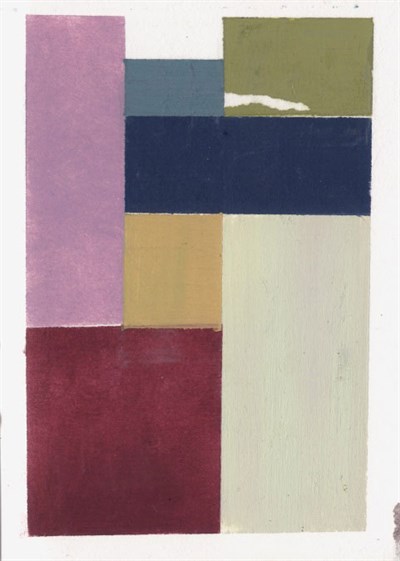 This is done in an A6 sketchbook on un-primed paper with little thought given to how each composition should turn out. Areas of the paper are masked and then the paint is applied. Occasionally references are made in the margins, but more frequently there are none. The notes which do appear, refer to either the colours which have been mixed, the paintings those colours were applied to or the date they were applied. This method and approach shows that the act of recording process can itself become a separate and legitimate body of work.

Richard Baker studied Fine Art at Leeds Metropolitan University; he completed a BA (Hons) in Fine Art in 2003. His paintings have been exhibited at The Royal Academy of Arts, London;  The Mall Galleries, London;  Leeds City Gallery and The San Francisco Art Institute. He currently instructs painting and studio practice at Leeds College of Art alongside his practice.