‘Ways of Seeing’ is an interactive projection mapping installation which plays with how we connect and interact with the hidden histories of Leeds College of Art’s inhabitants and their creations through the architecture of the Vernon St site.

This is the premiere of a new interactive story-telling projection mapping technique from Amorphous Orchestra using a custom designed system.

Through a fluid portal to a multitude of timelines and artists, we will see selected work from current students and the eclectic catalogue of alumni artworks, films, illustrations, designs, photography and textiles from as far back as 1846, allowing us to experience the art within oscillating tessellations and ripples that rearrange the front elevation of the building.

Visual reality will change and shift as it is rearranged by the soundscapes emanating from the base of the projection from renowned musicians Christophe de Bezenac and Chris Sharkey. Catch one of their live improvised pieces, at 8pm, 9pm or 10pm or listen out for looped remnants of the performances and interact via a drum machine which will influence and steer the visual mosaic in unexpected and unpredictable directions. 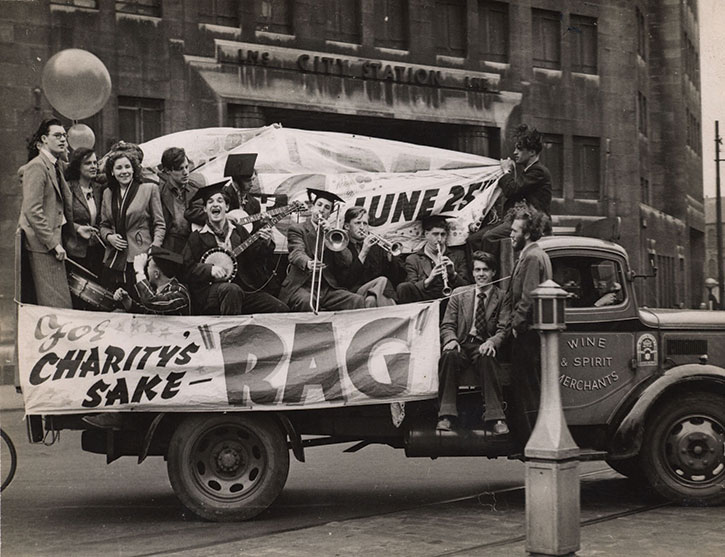 Alumni, former staff and students who feature in the project include;

With special thanks to the Jorge Lewinski Archive, The Hepworth Wakefield and Bridgeman Images.