As leading lights in the UK's tape/CD-R scene, they have long functioned as a rallying point for artists working to clear a space for original, non-idiomatic sound and feral performance modes.  Nyoukis founded the Chocolate Monk label in 1993. This early experimental music imprint combined hi-jacks of outmoded media-cassette, CD-R, pen and paper with cutting edge investigations of the limits of form, while functioning as a home for Nyoukis's own projects, Prick Decay, Decaer Pinga, Ceylon Mange, Blood Stereo and countless one-off collaborations. Constance is a Scottish self-taught artist living on the South coast of England since 1996. 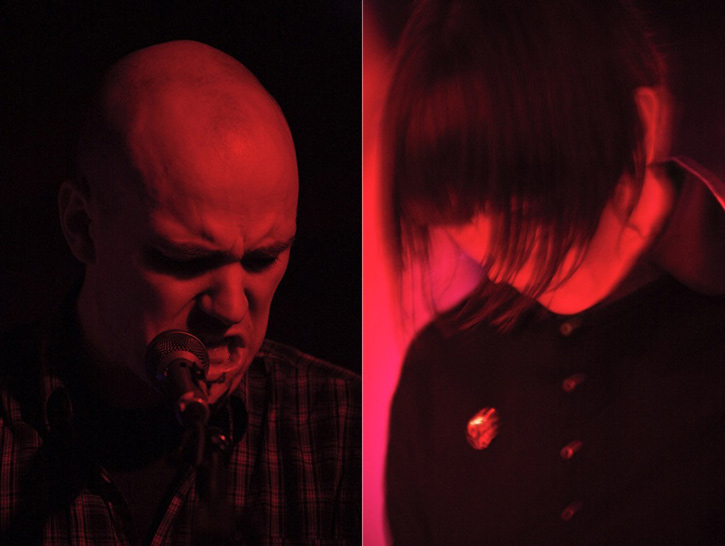 She didn’t start painting until the age of 30 and has since been very prolific, exhibiting in Germany, Denmark, Israel, USA, Scotland, and many other countries. Her art has featured on album/cd covers as well as in magazines and on gig posters.

Karen and Dylan will be performing at Leeds College of Art during the exhibition as Blood Stereo 5-7pm Friday 29 May 2015.