James Turrell has been using space and light as his two primary mediums since the early 1960s.

His site-specific artworks, from the ambitious and on-going Roden Crater in the Arizona desert, which Turrell is transforming into a naked-eye observatory, to his Skyspace series, make manifest the physical presence of light and heighten the viewer's visual perception. The Skyspace series, which began in the 1970s, have been constructed around the world such as in the above version adapted from a deer shelter at the Yorkshire Sculpture Park. They are enclosed spaces open to the sky through an aperture in the roof that enable viewers to observe changes in light from minute to minute and season to season and this has been described as a religious experience. 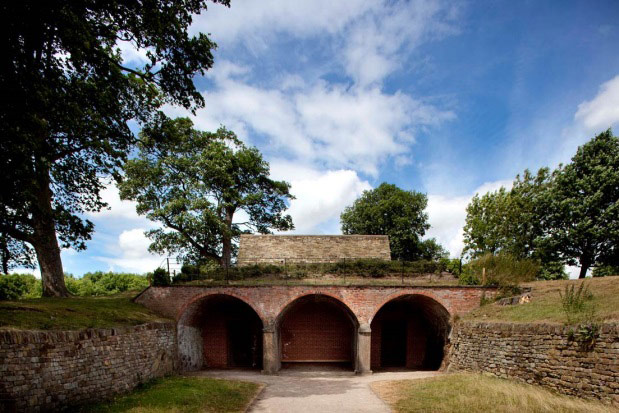 Infinite Light is a unique, limited edition, publication, signed by the artist and printed on archival paper. The 14 individual prints provide an overview of both the Roden Crater and Skyface projects as well as room-size light works in which forms seem to float in air and spaces gradually fill with mysterious light. The iconic symbols related to the Roden Crater's underground chambers are embossed and die-cut into the folios of each section.