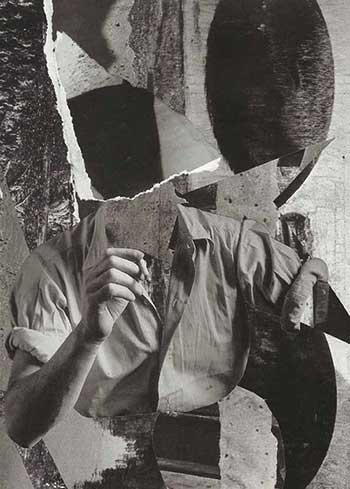 Irina and Silviu Székely were born in communist Romania, and currently live and work in Wales. After studying philosophy in Romania they spent time in France and Italy, gradually developing collage and photomontage as their medium, fascinated by the possibility to remove an object from its original space allocated in a definitive reproduction such as photography or the printed image and to place it in a totally different environment in order to produce alternative visual and conceptual behaviours with parallel functionalities.

Their approach to art is both naïve and hazardous; the manifestations of this approach end up sometimes in finite and continuous reconstructions of once thoroughly accomplished objects. Taking into account the proliferation of these objects through photographic means and the gradual loss of ontological values filtered by several artificial mediums, they are giving shape to a series of subdivided collations, whose affinities can be traced back to Dadaist photomontage, magical realism, surrealist collage and other similar futile denominations.

“Photomontage is related to the collage but far more radical. It is not content with beauty, nor is it complacently based on ‘inner laws’. It has an everyday, sober character, it wants to teach and instruct, its rearrangement of parts indicates ideological and practical principles. Thus, photomontage is connected to life itself.” (Richard Huelsenbeck)

The New Museum was founded in 1977 and is the only art museum in New York City exclusively devoted to presenting contemporary art from around the world. A major attraction of The New Museum is their bookstore which has allowed us access to this exhibition to be held in both Blenheim Walk and in the Vernon Street library. The SMS Editions were collaboration between William Copley & Dmitri Petrov in 1968 and were published through their Letter Edged in Black Press, working with some of the most important artists of the 1960s. Copley sought to produce a new form of art journal and accepted contributions in almost any medium. All contributors, from the world-renowned to the obscure, received the same sum of $100 for their work. Presented without comment, each portfolio was mailed directly to subscribers every two months. Only six portfolios were produced, and each portfolio contained from eleven to thirteen artist objects. This display of all the editions includes work by a diverse range of artists such as Roy Lichtenstein, Marcel Duchamp, Yoko Ono, John Cage, Christo, Man Ray, Richard Hamilton, On Kawara, Mel Ramos, Bruce Nauman, Dieter Roth, Richard Artschwager and Lawrence Weiner.

Reece Leung’s work mainly consists of a range of documentary and action photography and is involved with a lot of editorial work with such magazines as Sidewalk. His photographs are predominantly shot using colour film based materials and artificial lighting. This constructed documentary work is experimenting with narrative / tableau photography using a medium format camera and unique lighting techniques to emphasise the dramatic scenes.

The works show a distinctive unsettling narrative style to engage the viewer’s attention and to spur them into their own interpretation of the work. He hopes that his narrative / tableau photography will aid his artistic endeavours within the realms of fabricated imagery. 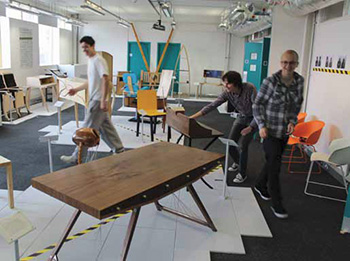 This exhibition in the gallery at Blenheim Walk is a joint collection of work designed, created and curated by students on Leeds College of Art’s FD/BA (Hons) Furniture Making courses. 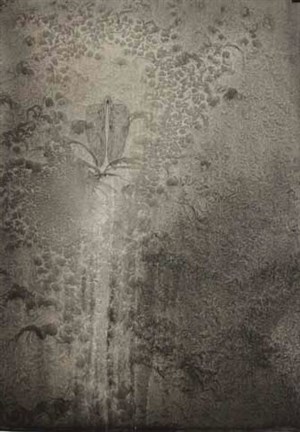 Una's work takes fragments of ordinary women's lives and positions these fragments against 'known' histories.  This exhibition of drawings, comics and panels is also an opportunity to see initial work, rooted in comics, towards a practice led PhD at Loughborough University titled Small Stories - Living Narratives in Dialogue.

Some of the drawing in this show relates to the graphic narrative Becoming/Unbecoming. Set against the notorious misogyny of the late 70’s, in Becoming/Unbecoming an unseen, unheard, unnoticed girl wanders a dark Yorkshire landscape, looking for justice. For more information about this book, follow the artist @unacomics. 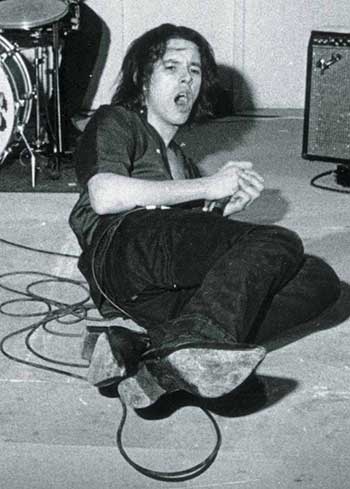 In 1978 The Cramps played a legendary gig at Napa State Mental Institute, California, which was captured on blurred and grainy black and white film. Twenty five years later, on the 3rd March 2003, Iain Forsyth and Jane Pollard recreated the infamous performance at the Institute of Contemporary Arts in London, consulting with a range of mental health organisations before inviting members from Core Arts, Mad Pride and Sound Minds to attend the performance.

Captured at broadcast quality, the resulting footage was edited and degraded to meticulously re-create the content, spirit and damaged aesthetic of the original videotape Forsyth and Pollard had purchased on eBay. The artists worked with editor Robin Mahoney to explore more tactile strategies for degrading the footage, such as re-filming on dusty monitors, copying and recopying using a bank of damaged VCR machines and physically scratching the videotape.

File under Sacred Music pushes beyond any simple re-presentation of a cultural moment to project an alternate testament of reality that examines liveness beyond the limitations of needing to be there. The work marks a significant development in the artists’ practice, and addresses one of the most important questions facing all kinds of performance today: what is the status of the ‘live’ and the ‘real’ in a culture now obsessed with simulation and dominated by mass media and mediation?

File Under Sacred Music will be shown in the gallery at Blenheim Walk on a continuous loop from 10.00am – 4.00pm. 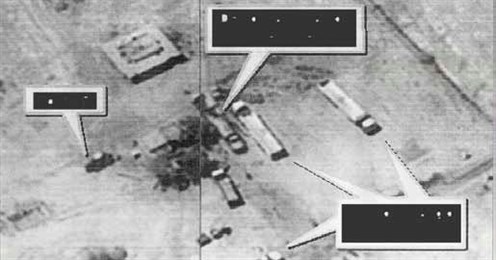 Is how we interpret photographs, of any importance?

• Does the photographer have an ethical or moral responsibility in terms of how and where their work is displayed?

• Do these questions apply to all genre of lens-based practice in some way?

• Are there cultural considerations which photographers should be aware of?

These are some of the questions that are considered during the BA Photography, Level 5 module ‘Photography as Representation’ In the images displayed in this exhibition, students explore these issues and question the roles and responsibilities they may face within their professional career. 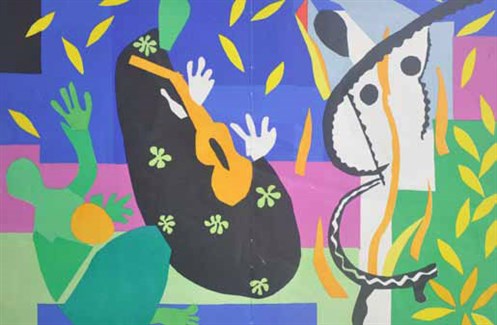 For the French portfolio, Verve, Matisse supervised the production of lithographs after his paper cutouts. These were printed by Mourlot Frères, one of the main lithographic studios of Paris, but half-way through the project, Matisse died. These lithographs were published in 1956 in a special issue of Verve entitled Les Derniers Oeuvres de Matisse. They are both a celebration of life and in many cases also point to the artist’s acceptance of his own death. In the same year Mourlot Frères published a spiral bound folio by Picasso, Le Carnet de la Californie, which pays tribute to his friend’s work.

‘when Matisse died, he left his odalisques to me as a legacy, and this is my idea of the Orient though I have never been there’ Picasso in conversation with Roland Penrose

Photographs by Recent Graduates from the Cooper Union School of Art 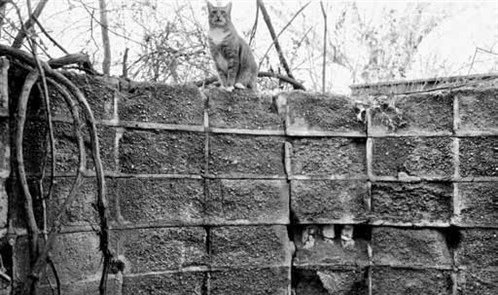 The Cooper Union for the Advancement of Science and Art, located in New York City, is among the oldest institutions of higher learning in the United States. The School of Art has a structured, integrated curriculum that fosters connections between disciplines, as well as between traditional and new media.

The work in this show is concerned with the experience and perception of space, the intersection of photography and sculpture. These photographs explore the articulation of space through observation, intervention, optical distortion or juxtaposition. How three dimensions are translated into two is of primary importance in the work produced by these young alumni from The Cooper Union School of Art. 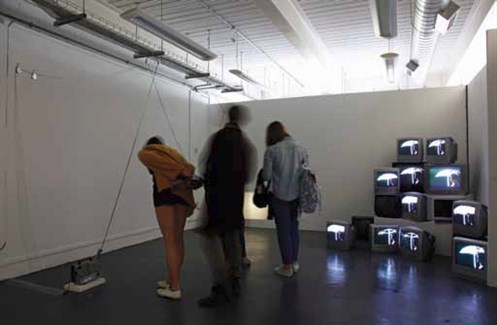 The annual End of Year Shows are a unique opportunity to go behind the scenes at Leeds College of Art where students will be displaying work throughout both main buildings in open studios and exhibition areas.

The Foundation Diploma Show at Vernon Street will take place from the 25th until the 31st May and all other courses will exhibit at both Vernon Street and Blenheim Walk from the 15th to the 20th June. 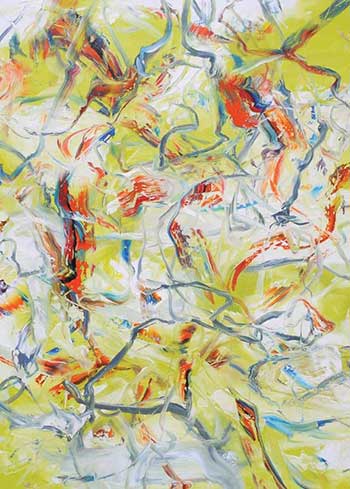 “My recent work reflects a concern with the visual codification of postcolonial landscapes, and inhabited futures. Paint is utilised as a synthetic transmitter of experience that reflects the historical uncertainty of place and proposes contemporary genre painting as a transformative medium with redemptive potential. These paintings aspire to a condition of association and evocation rather than representation. As such, they occupy a liminal space that might be defined as ambiguous abstraction. This often reveals itself as a searching out of small elusive moments and unconscious dilemmas that may implicate us in a larger communal, collective or indeed; cosmological narrative.”

André Stitt was born in Belfast in 1958. He studied at Belfast College of Art & Design 1976-1980 and he is currently Professor of Fine Art at Cardiff School of Art & Design. His work has been included in group exhibitions at a range of spaces including PS1, New York 2000; Venice Biennale 2005; Baltic Contemporary Art Centre 2005; Bangkok Art & Culture Centre, 2008; NRLA Glasgow 2010 and Galerie Lehtinen, Berlin 2011. 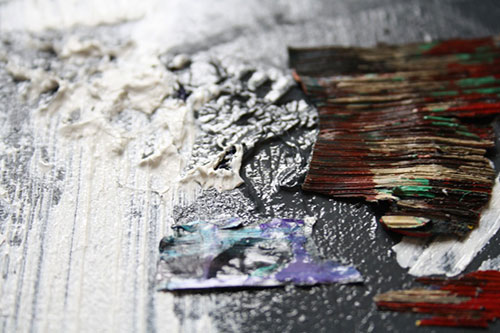 An exhibition of work by three recent graduates from the BA (Hons) Fine Art programme at Leeds College of Art. 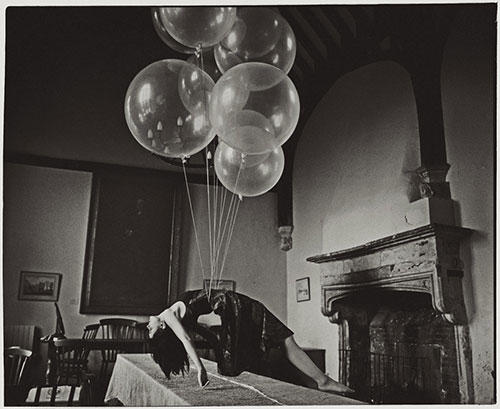 Vikram Kushwah's photography instils in it Romantic visions and Surrealist ideas. His projects have strong narrative themes inspired by the somewhat uncanny nature of dreams and how the memory distorts real facts. Many a time his own childhood imagination fuelled by the storybooks he read as a child, have led him to doing elaborate stagings for his photographs. 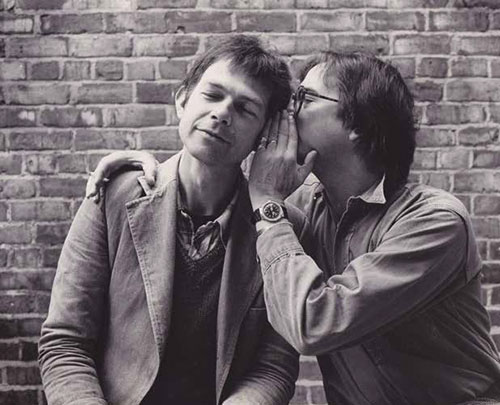 Psychedelic Posters from the 1960s

A small exhibition on loan from the British Council focusing on the work of Hapshash and the Coloured Coat, formed in 1967 by Michael English and Nigel Waymouth.

Image copyright Nigel Waymouth and the estate of Michael English. 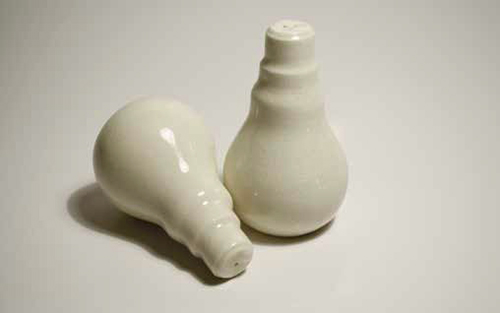 Michael Harwood is a Leeds based designer-artist.  The objects he gathers to cast are random and have been collected over the past twelve months.  His concept is to think about how the unwanted, discarded items can be used to create something usable and new. 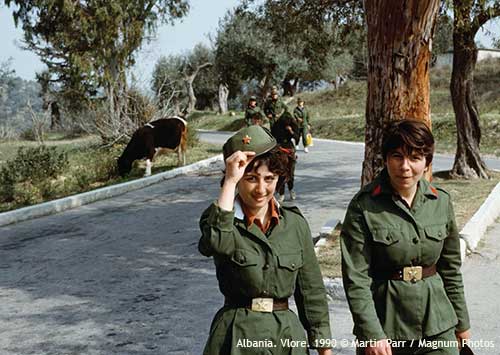 This small exhibition of work by Martin Parr features some of his less well known images taken in Albania and Russia.

Ekphrasis - An exhibition of physical fiction

The weight of fiction is a hidden burden that all artists must carry. This is the first in a series of Library Interventions at Leeds College of Art. 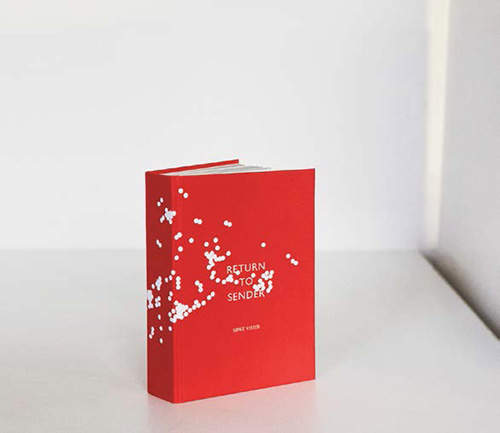 The Leeds College of Art Special Collection has a large collection of photobooks and these will be displayed in various locations around the College. 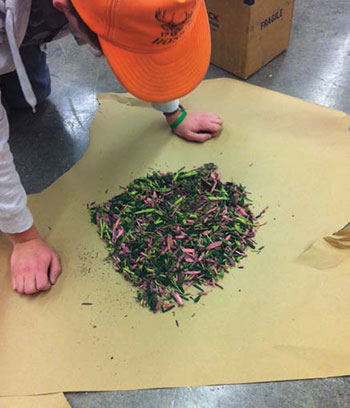 Leeds College of Art alumnus, Andrew Havenhand, is Assistant Professor of Painting at upstate New York’s Syracuse University and has organised this exhibition of work by both graduates and undergraduates from across their Departments of Art and Transmedia, which includes photography. 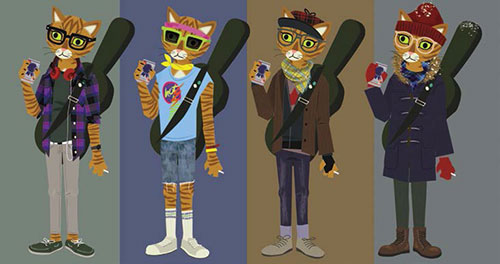 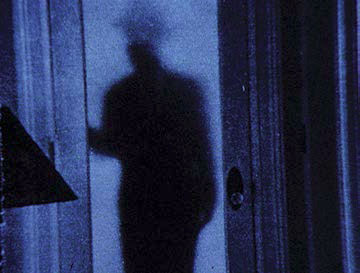 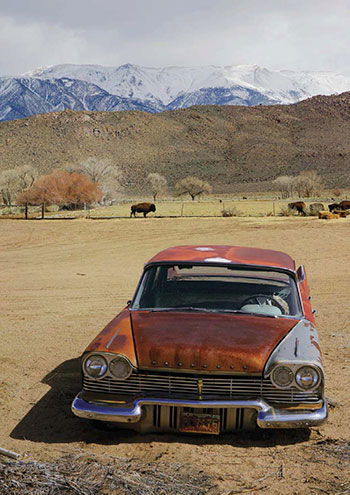 An exhibition of work by internationally acclaimed artists Boyd & Evans who both studied in Leeds during the 1960s.

Behind the Glass Mosaic 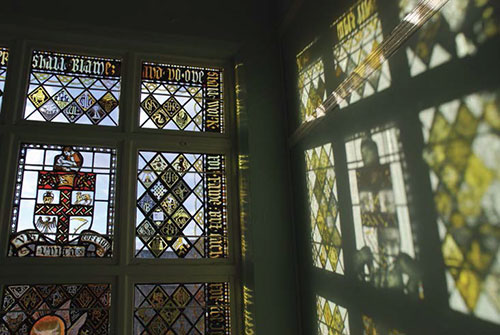 A group exhibition by members of staff at Leeds College of Art that asks the question "Does your creative practice inform your learning design." 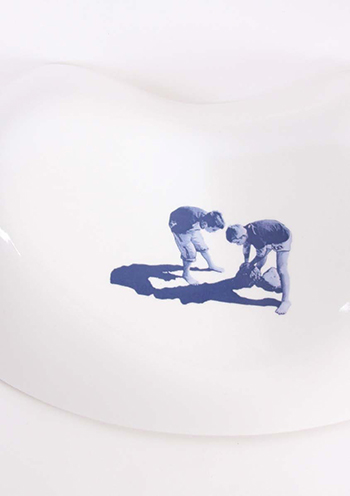 This collection of ceramics by Adele Howitt is just one of the many facets of the artist’s work. These contrivances’ of identity underpin Adele’s art collaborations that have led to new proposals for final public artworks with the community. The nub of Adele’s art intertwines creative passion with an understanding of people and history, facilitating her work in the public realm with design professionals. Ultimately combining accidental narrative with form, the artist marks and celebrates human experiences – both public and personal. Adele studied at Leeds College of Art, Guildhall University, Chelsea College of Art and the University of Central England. She is co-owner of the studio workshop and gallery called Studio Eleven in Hull’s cultural quarter, in the historic fruit market.