Leeds College of Art Invites you to an evening with fashion photographer & filmmaker Elaine Constantine on Thursday 30 April, 6pm start.

Elaine will discuss her career as a photographer and the transition to becoming a filmmaker.  She will cover her experiences in fashion photography and various sub-cultures before outlining her experiences in directing the recent BAFTA nominated feature film ‘Northern Soul’. 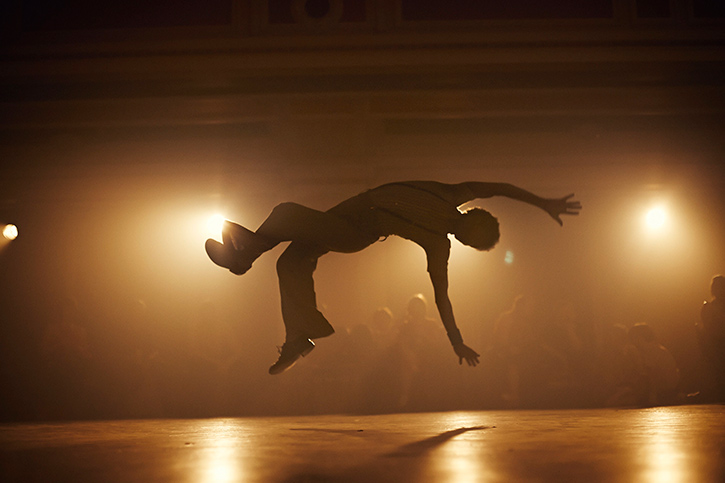 Prior to the talk we will be screening 'Northern Soul' at 5pm, you can register for a ticket alongside the order for the main event.  Please arrive at 4.50pm to take your place in the Studio Theatre.  If you are just attending the evening event then we would like you to join us from 6pm at Blenheim Walk on Thursday 30 April, for drinks - prior to the talk there will be a range of goods on sale from the local independent art and design bookstore Colours May Vary.

7.15pm: An evening with Elaine Constantine.

Please click on the image below to view the trailer for Northern Soul.

In late summer 2012 Constantine returned to the north of England to direct ‘Northern Soul’, a film which tells the tale of two Northern boys whose worlds are changed forever when they discover black American soul music and the club scene that had grown up around it. The film was a surprise UK box office success, reaching the box office top 10 on its opening weekend despite a relatively limited distribution. In 2015 Northern Soul was nominated for BAFTAs Outstanding Debut award, The London Critics Circle Breakthrough Filmmaker award and won the NME Film of The Year award.

Born in Manchester in 1965, Elaine first became interested in photography while taking pictures of her teenage friends hanging around the northern soul and scooter scene in the UK. Elaine moved to London in 1992 to take up a job offer of first assistant to fashion and documentary photographer Nick Knight. On leaving Knight in ‘93 she took up her own freelance career, becoming a regular contributor to London’s style bible The Face magazine. Towards the end of the nineties Elaine began to establish herself as a photographer with a unique approach to shooting fashion. Her reputation quickly became international, contributing to magazines such as Vogue Italia, American Vogue, French Vogue and Vanity Fair.

Elaine’s photographic work has featured in a number of exhibitions and book projects including the 1999 Shoreditch Biennale, the British Council’s exhibition of British fashion photography entitled Look at Me and the ‘Archaeology of Elegance’ exhibition and accompanying book published by Steidel. Her work won a prize at the 1998 John Kobal Foundation portrait awards and her first solo exhibition was held in 1998 at Marion de Beaupré’s Galerie 213 in Paris. Since then her work has appeared in the V&A exhibition ‘Imperfect Beauty’ and the Barbican’s ‘Jam Tokyo-London’ exhibition. In 2006 Elaine won the Royal Photographic Society’s Terence Donovan achievement award.

Please note that the £5 fee is refundable if you attend the event. The amount will be transferred back into your account the day after the event.