Creative Networks from Leeds College of Art invites you to an evening with Bob and Roberta Smith.

Patrick Brill, better known by his pseudonym Bob and Roberta Smith is a British contemporary artist, writer, author, musician and art education advocate. Bob will talk about his creative journey and career and discuss how art is an important element in democratic life. Bob will also talk through his recent artworks created around his political campaign such as the ‘Letter to Michael Gove’, a huge placard carrying a diatribe of almost 1,000 words. Please join us from 6pm at Blenheim Walk on Thursday 21 May, for drinks. Prior to the talk there will be a range of goods on sale from the local independent art and design bookstore Colours May Vary. 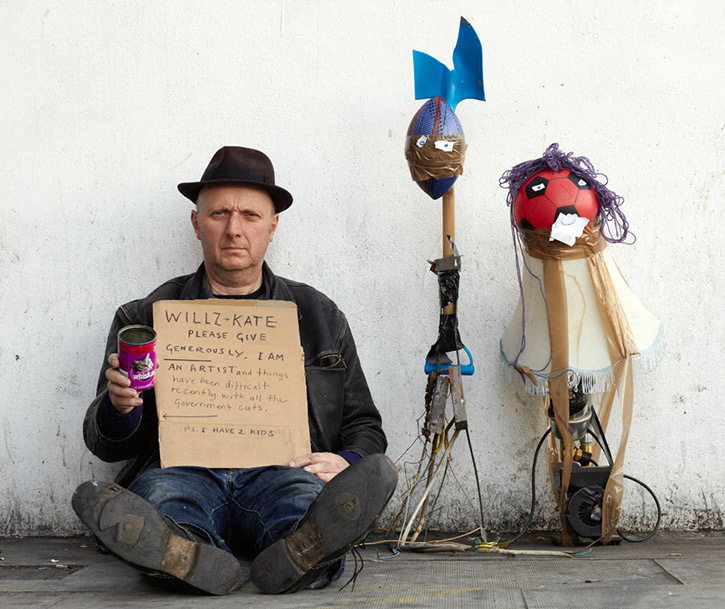 Campaigning on behalf of the arts has long been a key part of his work, and he believes “all schools should be art schools”. Bob is currently standing as an independent candidate in the forthcoming general election, in the Surrey Heath constituency for which Gove is currently a member of parliament.

Smith paints slogans in a unique brightly coloured lettering style on banners and discarded boards of wood and exhibits them in galleries of contemporary art across the world. The slogans are usually humorous musing on art, politics, popular culture, Great Britain and the world in general and they often support his activist campaigns.

In 2013, Bob launched the Art Party with Crescent Arts, Scarborough. The Art Party seeks to better advocate the arts to Government. The Art Party is not a formal political party, but is a loose grouping of artists and organisations who are deeply concerned about the Government diminishing the role of all the arts and design in schools.

Bob was an Artist Trustee of Tate between 2009 and 2013, and he is currently a trustee for the National Campaign for the Arts and a patron of the National Society for Education in Art & Design. He has recently been elected to be a Royal Academician and is Associate Professor at the Sir John Cass Department of Art, Media and Design at London Metropolitan University and course leader for the Master of Fine Arts programme.

Lynn Barber (The Times) said of Smith that “I see him as a sort of Ian Dury of the art world, someone who keeps on trucking, doing his own thing, making absolutely no concessions to fashion or marketability, but generally giving pleasure to everyone who comes across him.”

Bob graduated from the University of Reading and received a scholarship during that time to The British School at Rome. He then completed his MA at Goldsmiths College, London.