In celebration of the 170th anniversary of the foundation of Leeds School of Art and Design in 1846, Leeds College of Art would like to invite you, and a guest, to a reunion for students studying at the College between 1970 and 2010. Whether you studied at Jacob Kramer College or Leeds College of Art and Design, we would like to welcome you back to the historic 1903 building on Vernon Street to reminisce with old friends.

The reunion will take place on Saturday 15 October, 2pm – 6pm with refreshments, lunch and drinks provided. The day will begin a private view of the exhibition 2001 with curator Kerstin Doble followed by a discussion and Q&A with artist Lucy Clout. Andy Abbott’s Elizabeth will be providing live music throughout the day and lunch and drinks will be provided.

To confirm your attendance please complete the below form by Thursday 7 October 2016. Please also let us know if you have any dietary or access requirements at alumni@leeds-art.ac.uk

The artists participating in the reunion event are Lucy Clout and Andy Abbott.

Andy Abbott is an artist, writer and musician living in Bradford where he is also Producer Music and Visual Arts at University of Bradford. After specialising in Fine Art on the Leeds College of Art Foundation Diploma in 2001 Andy went on to study at Leeds University receiving his PhD in 2012 with a thesis on socially engaged art. Elizabeth has performed in a variety of spaces from gigs and improvising sessions in Leeds and Bradford to installations in galleries including SITE (Liverpool), Impressions (Bradford) and the V&A Museum (London). In 2015 Andy produced a soundtrack for the BAFTA-nominated short film 'Mining Poems and Odes'. 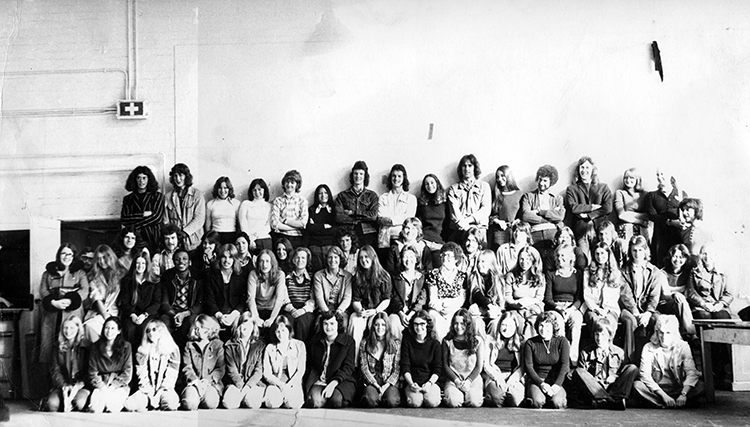 If you have any questions or comments please do not hesitate to get in touch with Sophie Miller Wallace, Alumni Relations and Development Office, at alumni@leeds-art.ac.uk, or on 0113 2028142.

We very much look forward to welcoming you back to the College on Saturday 15 October.